Ferrari Formula 1 driver Sebastian Vettel had a small crash during the F1 Live event in Milan, which took place ahead of this weekend's Italian Grand Prix

Both Vettel and his Ferrari team-mate Kimi Raikkonen drove an SF71H car as part of a demonstration event on the streets of Milan's Darsena dockland area.

During his run, Vettel understeered at slow speed into a plastic barrier as he went around a tight right hander.

The impact dislodged the front wing and he was forced to reverse and then tour back to the makeshift pitlane.

The Ferrari duo were joined at the event by Sauber drivers Charles Leclerc and Marcus Ericsson, and Toro Rosso racers Pierre Gasly and Brendon Hartley.

Thousands of fans lined the streets to watch the F1 cars in action, while Bernd Maylander and Giancarlo Fisichella also drove in the Mercedes F1 safety car and a Ferrari FXX respectively. 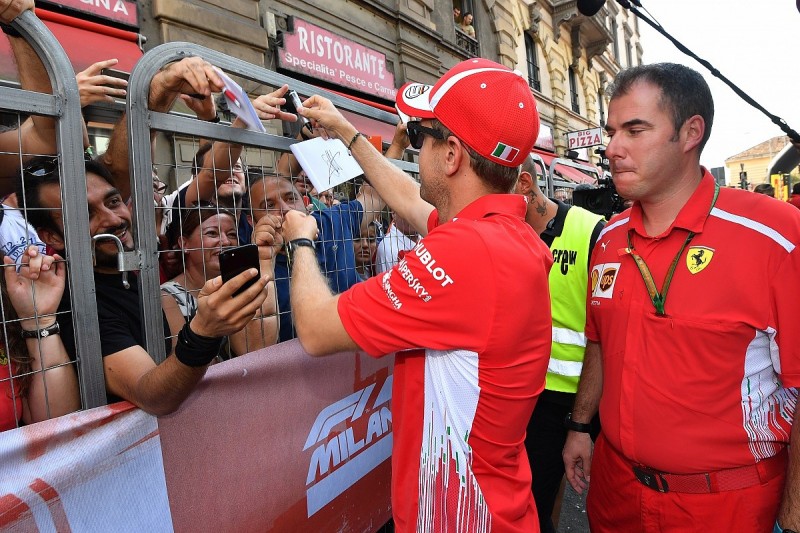