The Miami Grand Prix plans to retain an early May slot on the Formula 1 calendar moving forward after a successful debut this month.

F1 staged its inaugural grand prix at the Miami International Autodrome on 8 May, welcoming a sell-out crowd of more than 80,000 fans at the track built around the Hard Rock Stadium.

It was seen as a significant moment for F1’s growth in the United States, proving the breakthrough it has made with a second grand prix in addition to the Austin race that is scheduled for October.

A third American race, the Las Vegas Grand Prix, will join the calendar next year towards the end of the season.

But Miami is set to stick to its early May slot in the future, fitting around the other major sporting events that take place at the Hard Rock Stadium. The Miami Open tennis tournament typically takes place between mid-March and early April, while the Miami Dolphins’ NFL season kicks off in September and runs through the rest of the calendar year.

Asked by Autosport if he expected to keep the early May slot, Miami Grand Prix managing partner Tom Garfinkel said the date “will be within a week or two the other way, but it'd be this time of year, every year”.

“We have the tennis tournament, so this kind of is the calendar date,” Garfinkel said.

“It could be a week earlier or a week later, depending on what's going on that year. But it'll be right around this time.” 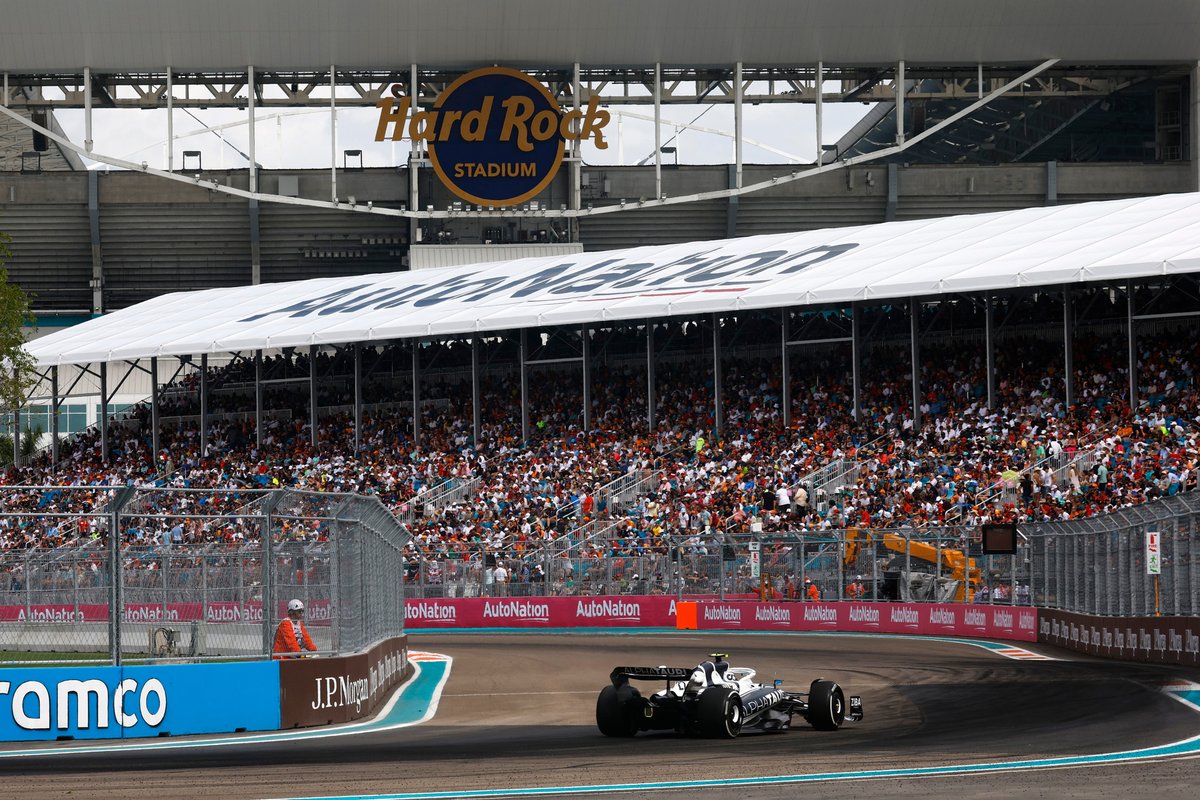 A date slot is yet to have been announced for the Las Vegas race, only that it would be taking place on a Saturday night in November 2023 as the calendar expands to 24 races.

With all three US races taking place on different timezones, they are expected to cater to different fan markets, and Garfinkel did not think that date separation was hugely important.

“I don't know that was as important,” Garfinkel said.

“I think it's great that there's three races in the States. It's great there's one going to be in Vegas. I'm excited for a night race on a Saturday night. I think it's fantastic for Formula 1, for motorsport in America, and we welcome it.

“We think all ships rise with the rising tide, and so we want to hopefully introduce the sport to more people that haven't enjoyed it here, and we hope Vegas does the same thing.”

Miami is the longest-contracted race in the United States on the calendar, holding a 10-year contract. Austin’s deal runs for five years, while the Las Vegas agreement covers three years from 2023.

Why F1 is spending $240m on a Las Vegas construction plot