After finishing one-tenth of a second behind pace-setter Bottas in FP1 at the Autodromo Hermanos Rodriguez, Verstappen struck back by comfortably topping FP2 for Red Bull.

Verstappen set the early pace on the medium compound tyre in the session, running over a second clear of the field at one stage and ending the initial runs with a 0.7 second margin to Red Bull team-mate Sergio Perez in P2.

The championship leader was able to maintain his advantage after the switch to soft tyres for the qualifying simulations, posting a fastest time of 1m17.301s on his opening flying lap midway through the session.

It was enough to give Verstappen top spot ahead of Bottas, who finished 0.424 seconds behind after improving on his second push lap on softs to move up from third place ahead of Mercedes team-mate Hamilton.

Hamilton was a further 0.085 seconds behind Bottas in third place after a tricky session that saw him struggle with traffic early on, reporting over the radio that it was “insane” as drivers tried to find a gap.

Hamilton then had his fastest time from his first run on hard tyres deleted after it was set when double waved yellow flags were shown, but recovered to end the session in third place, half a second off title rival Verstappen. 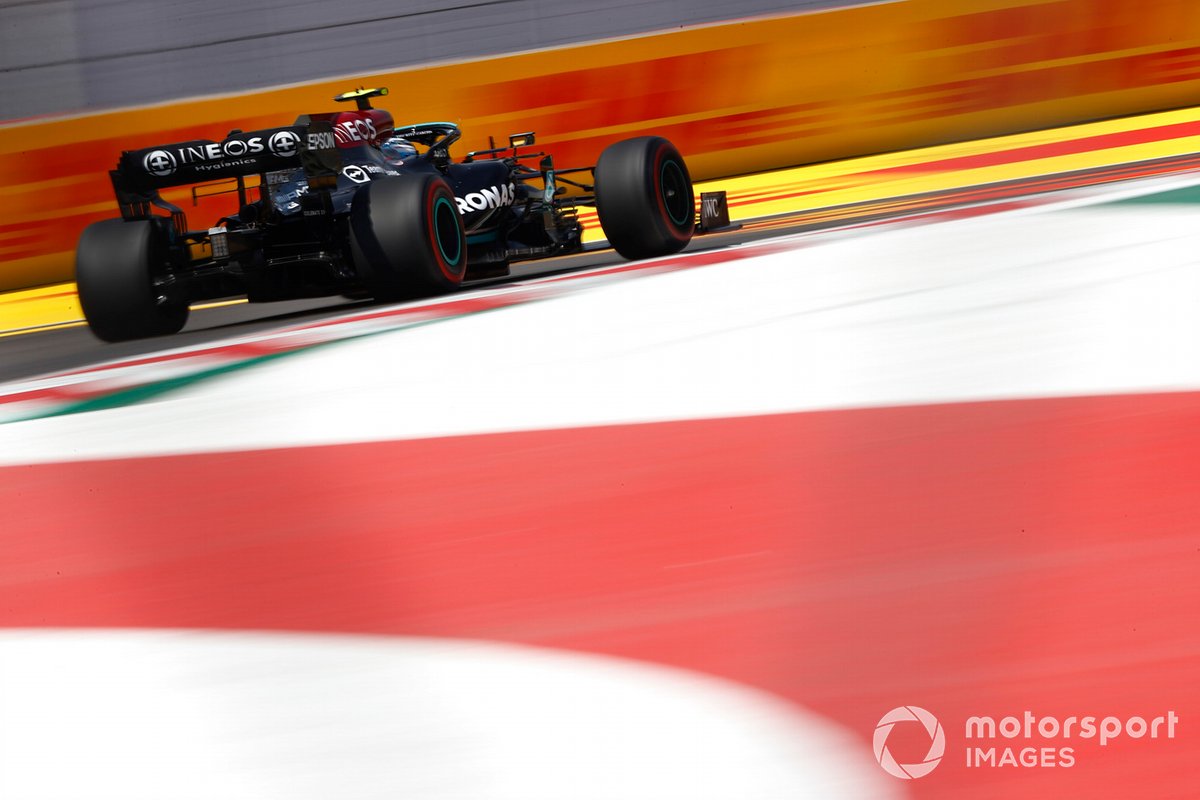 Home favourite Perez ended the day fourth-fastest for Red Bull after also gaining time with a second push lap on his set of softs. He finished six-hundredths of a second behind Hamilton.

A second push lap on his set of soft tyres allowed Sainz to jump ahead of Gasly, and finished three-tenths of a second clear of Ferrari team-mate Charles Leclerc in seventh place, who said at the end of the session that he was “struggling so much with the engine issues”.

Yuki Tsunoda briefly ran as high as second for AlphaTauri after being one of the first drivers to set a lap on soft tyres in the qualifying simulations. The Japanese driver ultimately ended the session eighth-fastest.

Sebastian Vettel took ninth for Aston Martin after a brief mix-up in the pit lane that saw him park his car short of his waiting mechanics, mistakenly stopping by another team member, while Fernando Alonso closed out the top 10 for Alpine. 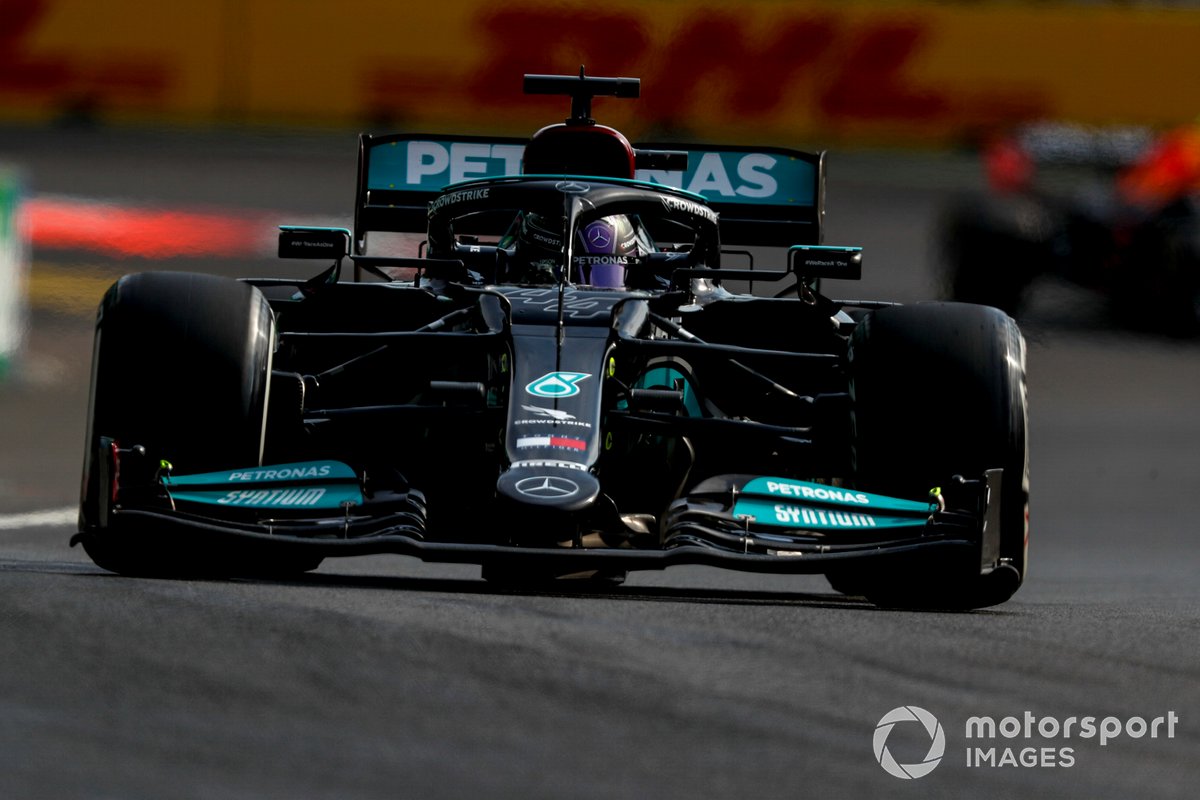 Norris only mustered 12th as McLaren failed to feature in the top 10 for the second session in a row. Team-mate Daniel Ricciardo finished 15th, but managed only seven laps due to a gearbox issue that curtailed his running.

Esteban Ocon wound up 14th for Alpine, but struggled during the session, noting that the “car is turning itself” as he finished seven-tenths of a second off Alonso’s time in the sister A521.

Mick Schumacher ended the day 16th for Haas ahead of Lance Stroll and Nicholas Latifi, while Nikita Mazepin finished 19th and is set to meet the stewards after the session for failing to following the race director’s instruction over track limits at Turn 8.

George Russell propped up the timesheets for Williams in 20th after a gearbox issue prevented him from setting a time. Russell was instructed to return to the pits without downshifting, leaving him in fifth gear until he arrived back in the pitlane.