Toto Wolff says Mercedes doesn’t plan to prioritise Lewis Hamilton in Abu Dhabi to try and maintain his Formula 1 win record, believing it’s “not what he ever would want.”

Hamilton heads into this weekend’s Abu Dhabi Grand Prix with one final chance to maintain his record of winning a race in every season he has competed, stretching back to 2007.

Hamilton’s record of 15 consecutive seasons with a win currently ties with Michael Schumacher’s effort, set between 1992 and 2006, although Schumacher failed to win in 1991 when he debuted mid-season.

Mercedes scored its first win of the year in Brazil last weekend as George Russell led home Hamilton for a 1-2 finish, signalling the team’s return to the front after struggling to compete with Red Bull and Ferrari earlier this year.

But team principal Wolff said there was no plan to prioritise Hamilton going into the final race just to keep his win record alive, noting the seven-time world champion had previously dismissed its importance.

“I think Lewis doesn’t need any prioritisation, and it’s not what he ever would want,” said Wolff.

“I think that he mentioned before that this record of winning a race in every single season, that is less of a priority for him.

“It’s more that we’re getting the car back to where it can be, and we’re racing for more race victories next year, and hopefully a championship.”

Hamilton previously stated that maintaining the record had “zero importance” to him, with the bigger focus instead being on making the Mercedes car competitive and learning lessons for 2023.

“I'm not focused on the record but of course, I'm trying to get that win this year,” he said in September. “But the record is not important to me, just because I don't really care about records in general.” 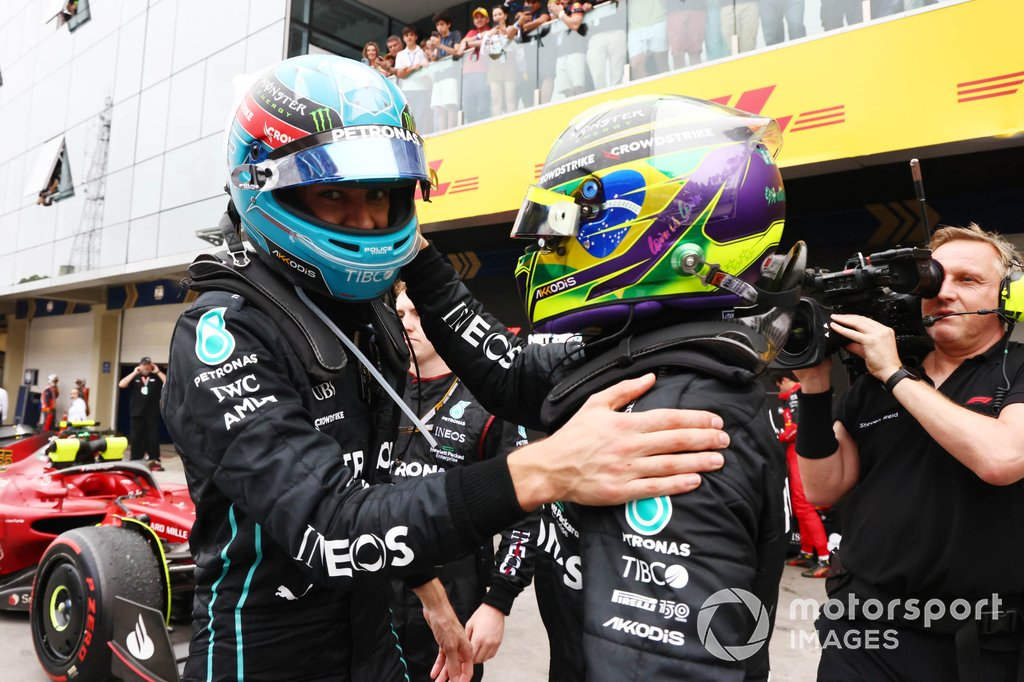 Hamilton recovered from an early collision in Brazil that saw Max Verstappen receive a penalty to finish the race second, having passed the second Red Bull of Sergio Perez for P2.

The Briton was free to race Russell on the final safety car restart, but never got close enough to fight for the win, leaving him to cross the line in second place.

Hamilton said after the race at Interlagos that it was a “great, great sign” for Mercedes heading into next year that it had won a race, having worked so hard to resolve the core issue with the W13 car.

“So this is really, really huge. We know where our North Star is, we know where we need to put all our efforts in to this winter.

“I'm so proud of the team for all the incredible hard work. We wouldn't be able to be up here today without them.”