Mercedes is using financial engineers to assess each Formula 1 car upgrade to ensure it gets maximum value and stays within the financial cost cap limits this season.

F1's financial regulations installed a team cost cap in 2021 which has been lowered and set at $140m for 2022, with $1.2m added for having more than 21 races per season plus extra costs allowed for sprint races.

The team cost cap has primarily pinched the spending of the three biggest squads – Mercedes, Ferrari and Red Bull – while all F1 teams have needed to keep control of spending to avoid potential penalties if they overspend.

In order to keep a tight focus on its spending regarding F1 car development and upgrades, Mercedes team principal Toto Wolff says it is using financial engineers to account for its updates across the season.

"We have a tracker with financial engineers that track every single process and every single part that comes into the car," Wolff told Autosport.

"So when we take things out of the truck, the financial engineer notes, the value - when you utilise, it's being counted for.

"You are following this trend, like we have planned. We didn't bring a lot at the beginning, but it's coming steady now."

While F1 teams have been operating with a cost cap since last season, the start of a three-year glide path to a locked in and stable team budget, adjustments for inflation and rising costs have been allowed for this season with an increase of 3.1%. 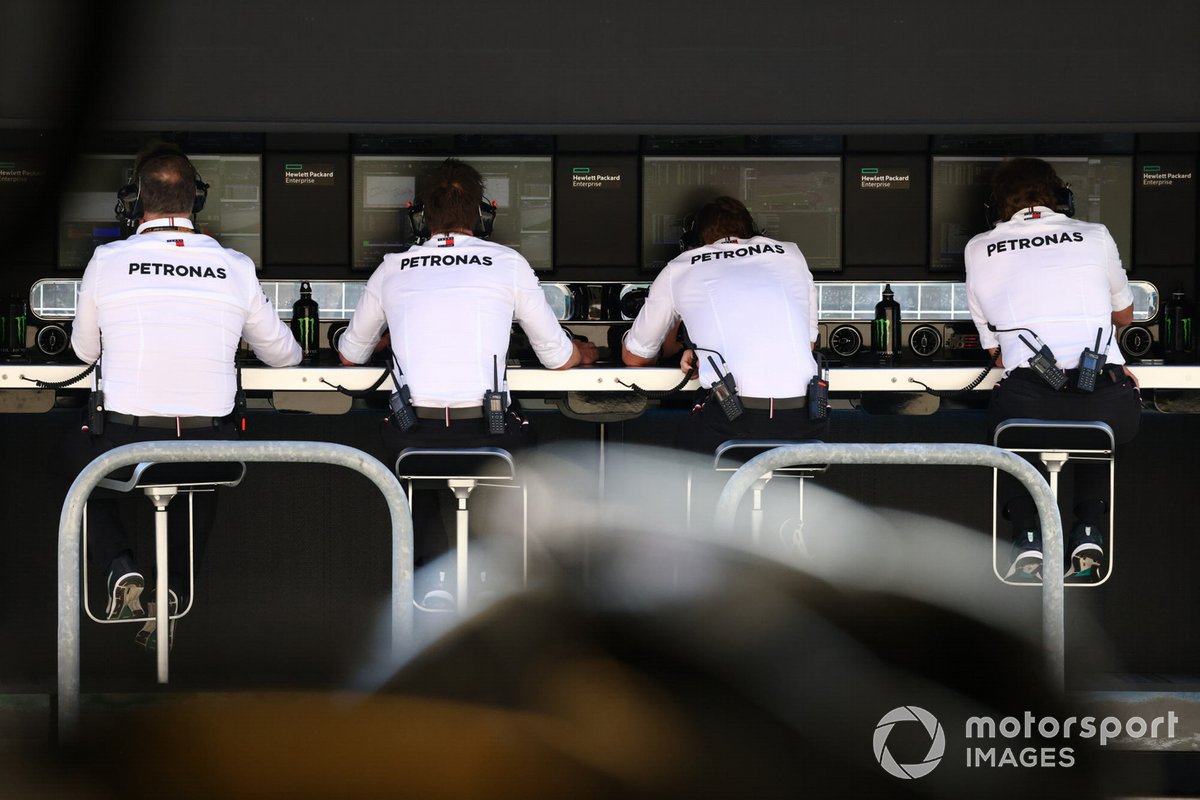 The Mercedes team on the pit wall

The biggest concern from F1 teams focused on how the FIA would control and penalise those who exceeded the budget cap, including monitoring and adjusting for changes, but Wolff remains confident the correct processes are being followed.

"It was last year already [when the cost cap came in] and we will have the results whether everybody adhered to the rules of last year and the reports are going to come out," he said.