Mercedes’ updated W13 has broken cover at the Bahrain Formula 1 test, with it featuring a bold sidepod solution.

There had been intense speculation in the build-up to the test that Mercedes would bring an overhaul of its 2022 car to the final test in Bahrain, having opted to run a more basic version of its challenger in the first Barcelona week of action.

Ahead of testing kicking off in Bahrain, the tweaked Mercedes was spotted during an official F1 photoshoot aimed at promoting the start of the new season.

The new upgrades feature minimalist sidepods, and some aggressive looking fins that run alongside the cockpit to comply with side-impact regulations.

In a bid to ensure maximum cooling opportunities, the sidepod design features a double series of vents – which have been allowed to return to F1 this season. 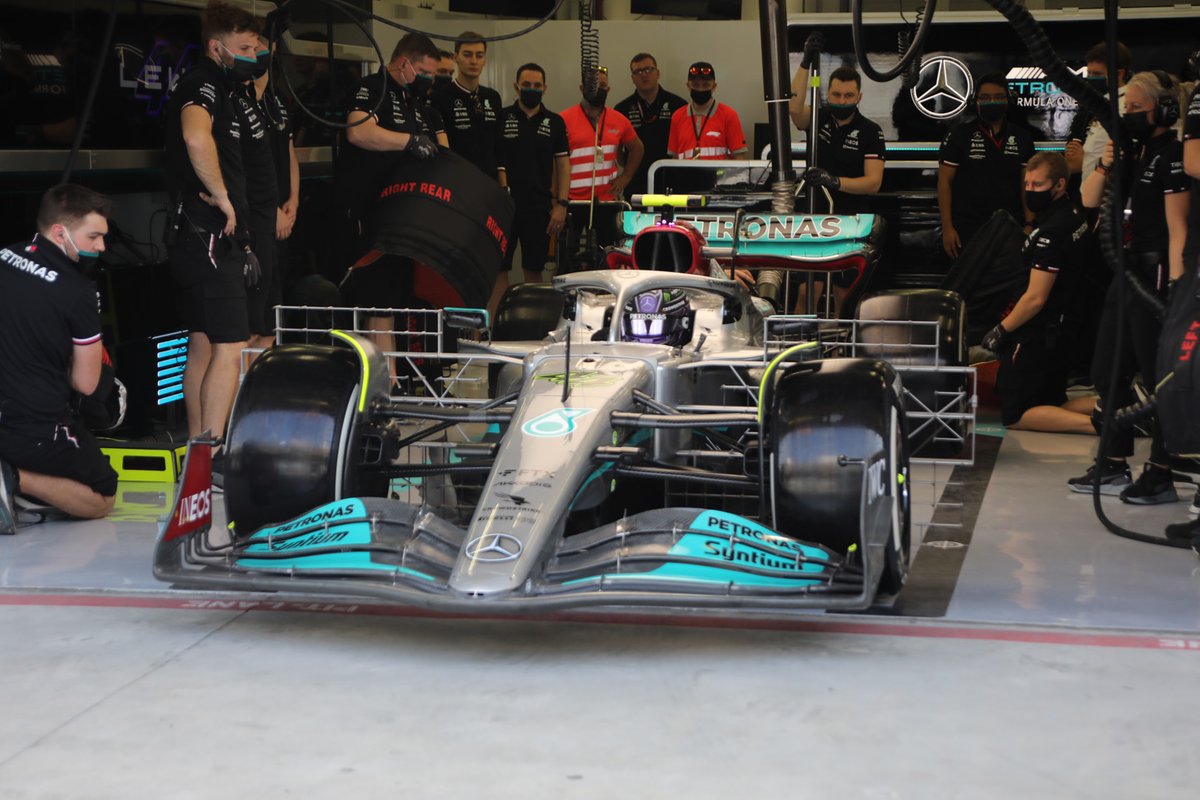 The sidepods are a big step beyond the radical approach that Mercedes customer team Williams has taken with its sidepods, which features a hole in the middle.

This year’s F1 2022 designs have featured a wide variety of different approaches to the sidepod solution, as teams bid to minimise the drag of the new cars and maximise airflow benefits to help feed the under floor ground effects.

The Mercedes interpretation is unique in that the team has complied with the requirement for side-impact protection elements as completely separate from the sidepods themselves. 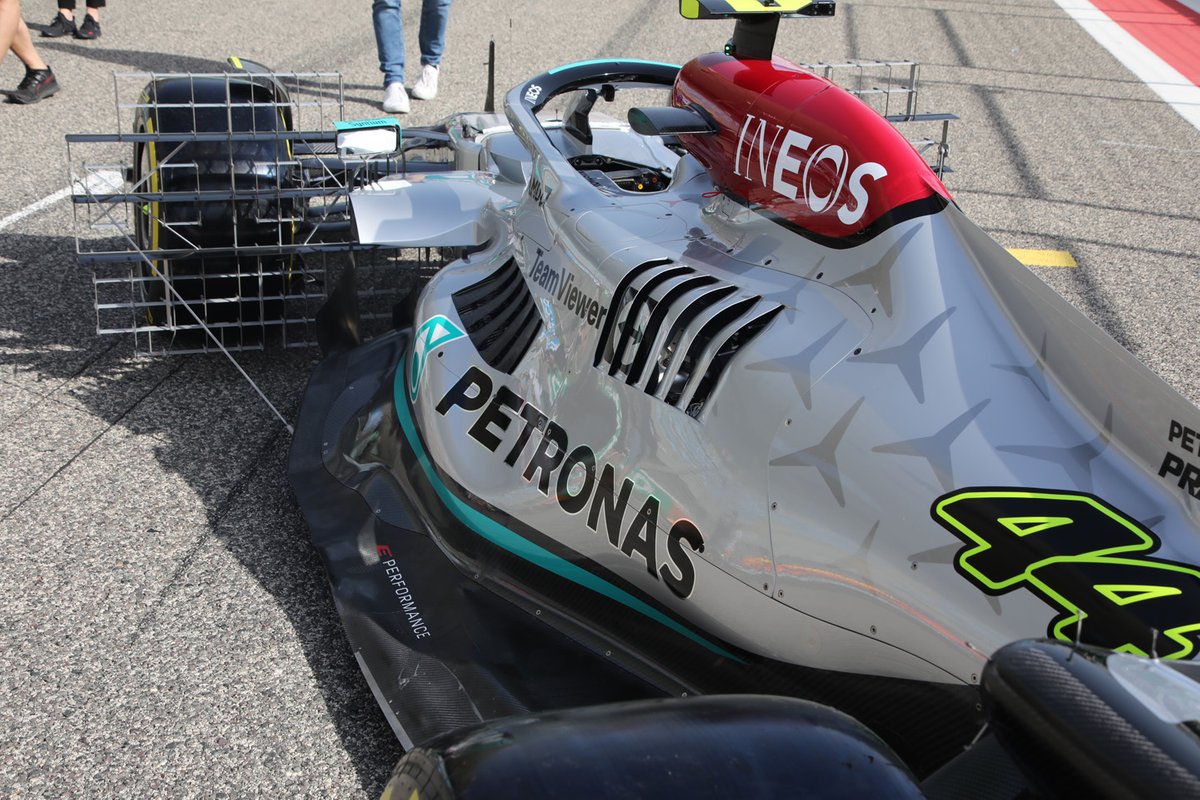 The regulations for this year stipulate where the side impact spars (SIS) need to be. The intent from a regulatory perspective was that the teams would adopt a more conventional shape with the sidepods and inlets.

However, having improved upon the idea first used by Ferrari in 2017, whereby the upper SIS was slung into a low and forward position and the bodywork used as an aerodynamic fairing around it, all of the teams converged on this solution in 2021.

Mercedes’ interpretation is to have the SIS completely detached from the sidepod with an approach that nobody else has so far thought of. 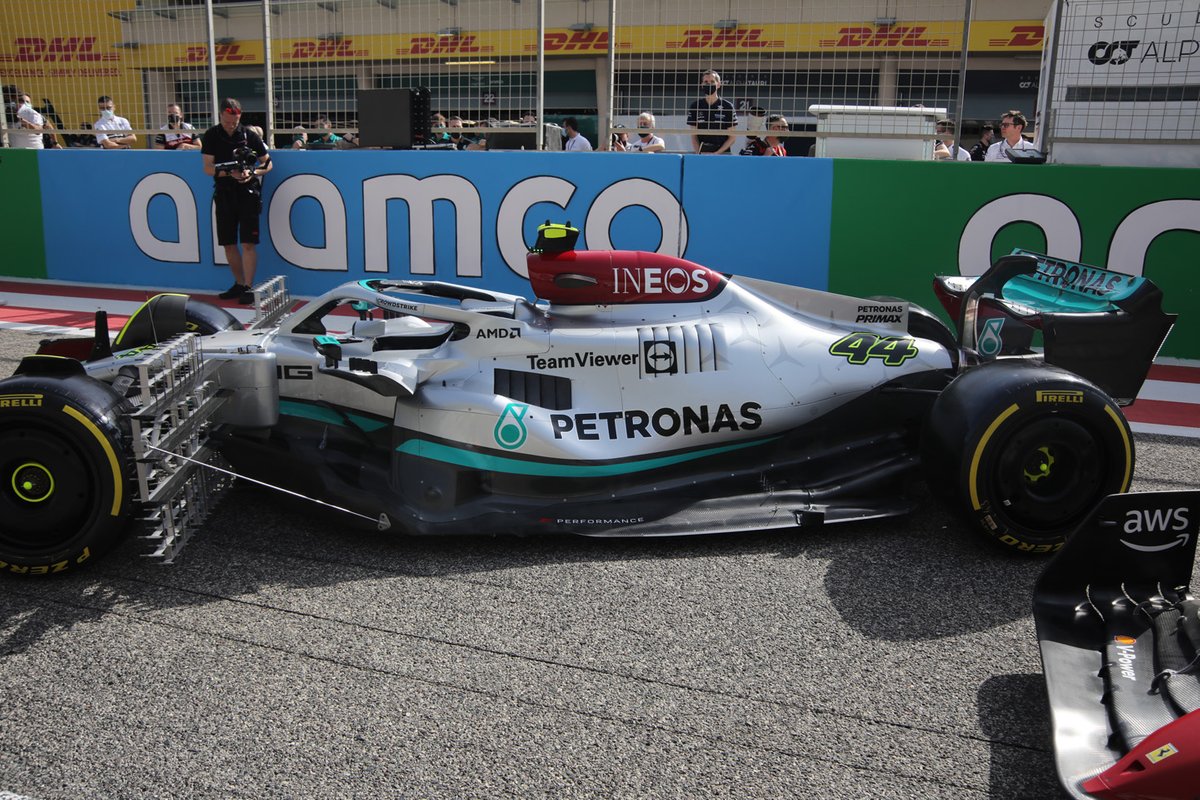