Mercedes’ Formula 1 technical director Mike Elliott believes it is “too early” to rule whether it is best to develop its current car concept despite taking a “step forward” in Spain.

While Russell also topped second practice in Miami, he dropped off the pace in qualifying and for the race as set-up changes meant Mercedes struggled again with porpoising.

For the Spanish Grand Prix, the W13 sports updates to its front wing endplate, floor edge and body plus rear corner all to generate lasting improvements to air flow and downforce.

More promising than the headline times, Russell and Hamilton showed strong pace during their medium C2 tyre race stint simulations in FP2 as their average times were quicker than championship leader Leclerc, despite both being hampered by traffic.

PLUS: Why Red Bull can win a Spanish GP that looked perfect for Ferrari

While Mercedes technical director Elliott remained cautious given the drop off experienced in Miami, he said: “We felt like we made a good step forward.

“The car seems a lot more settled - it did what we were hoping it to do.

“We’ve done quite a bit of work to understand the bouncing effect, to work out how we best mitigate it. We’ve brought bits which have definitely settled the car down.

“The package we’ve brought here, we were definitely able to run the car in a position much more close to where we’d like to ideally run it.

“So, there’s a chunk of downforce that comes from that. The drivers look happy now.” 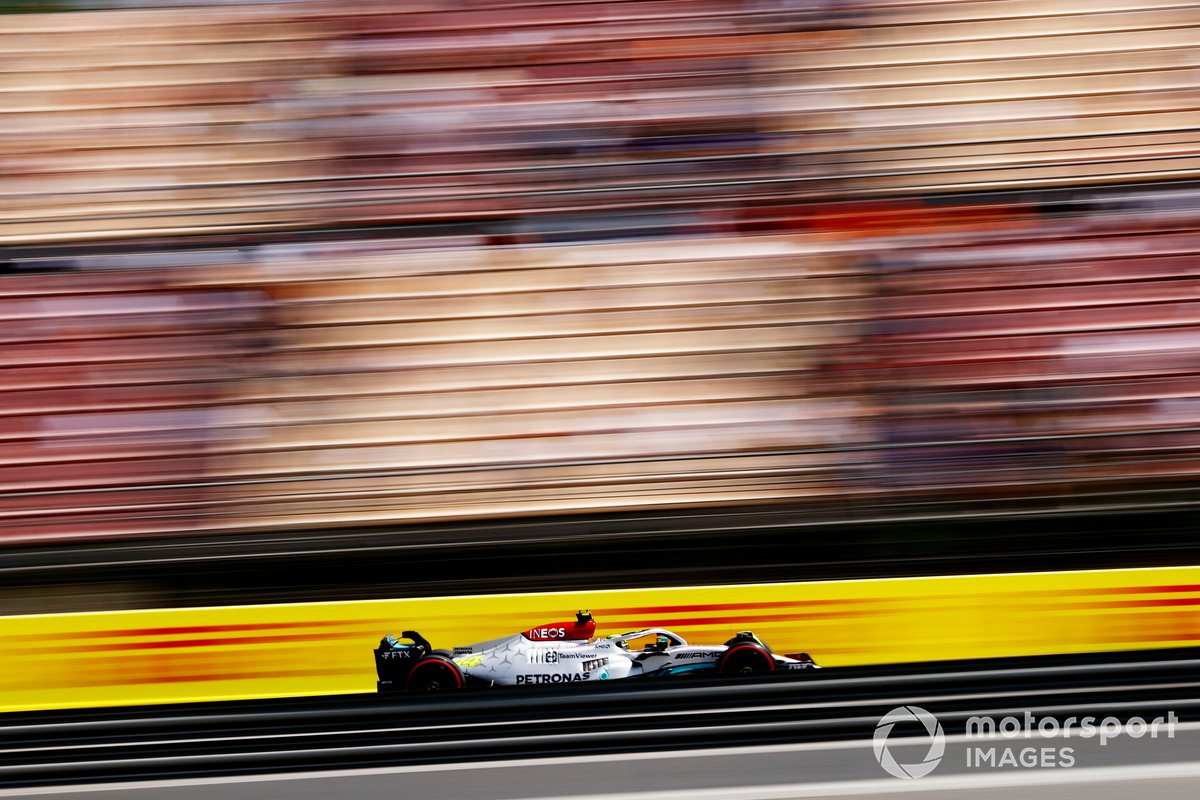 The W13 has run in a heavily updated guise from the car launch specification, having sprouted its minimalist sidepod design for the Bahrain pre-season test.

Given the porpoising struggles, it had been suggested Mercedes might return to its less radical car configuration run during the first Barcelona test in late February.

Despite the anticipated gains for this weekend, however, Elliott did not rule out dropping the current car concept.

Asked by Autosport whether Mercedes had been given enough cause to commit to one design direction, he said: “I think it’s still a little bit too early to say.

“We’ve changed the car so much for this weekend that we need to work out how we get the best out of it.

“We need to work out what more lap time there is in it and then do the assessment as to whether we think overall this is the better direction to develop in.

“The budget cap is quite constraining and as a consequence of that, you have to make good decisions about both what we do for the rest of the year but also what we do for next year.”

Should Mercedes retain its current third place in the constructors’ championship, it will be entitled to greater windtunnel and CFD allowances than Red Bull and Ferrari when the Aerodynamic Test Restrictions are reallocated at the end of June.