Mercedes is to keep the stickers of troubled crypto exchange firm FTX on its Formula 1 car for this weekend’s Brazilian Grand Prix, despite the near-collapse of the company.

FTX is facing bankruptcy if it cannot raise billions of dollars to get itself out of a liquidity crisis that erupted at its affiliated Alameda Research company this week.

An initial plan for it to be rescued by rival exchange Binance, which is a sponsor of the Alpine team, collapsed after just 24 hours amid concerns about the scale of the financial hole FTX faced.

A statement from Binance said: “In the beginning, our hope was to be able to support FTX’s customers to provide liquidity, but the issues are beyond our control or ability to help.”

Reuters news agency has reported that the US Securities and Exchange Commission (SEC) is investigating FTX's handling of customer funds and its crypto-lending activities.

The troubles for FTX, one of the most high-profile crypto exchanges in the world, have triggered a meltdown in the crypto markets and pushed Bitcoin to its lowest price for two years.

The FTX exchange’s FTT token crashed from a price of more than $25 earlier this week to a low of less than $2 amid the height of panic selling after the news of the problems. It has since made a small recovery.

FTX’s founder and CEO Sam Bankman-Fried is still hoping that a rescue package can be put in place to save the exchange, but there are doubts about whether or not he will be successful. This has fuelled speculation that its partnership with Mercedes could come to an early end. 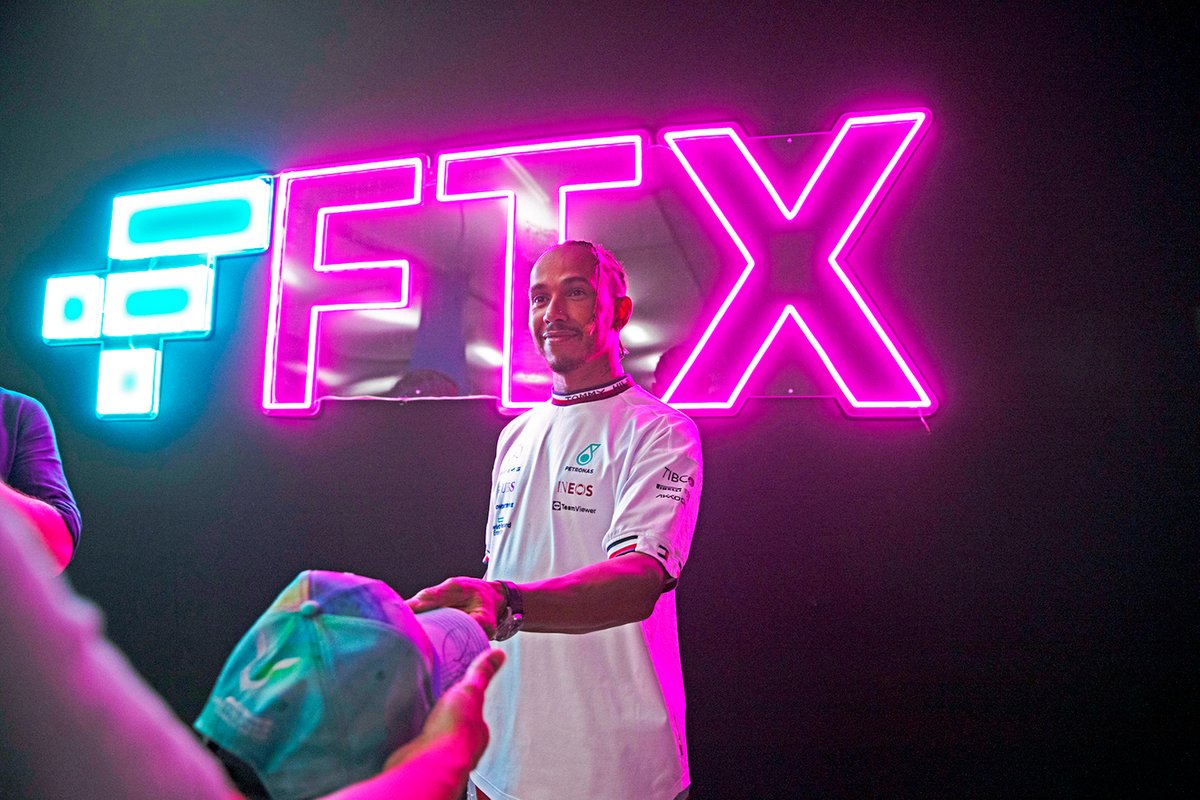 At the height of its success, FTX got involved in several high-profile sporting sponsorships. This included a $135 million deal for the Miami Heats’ NBA arena in Miami to be renamed the FTX Arena until 2040, as well as it being the official cryptocurrency brand of Major League Baseball.

FTX also tied up with the Mercedes team in a multi-year sponsorship deal that was announced last September. As well at FTX logos appearing on the car and drivers’ overalls, they have been working together on other projects, including NFT launches.

At this year’s Miami Grand Prix, FTX pulled off a major activation, called Off the Grid, on South Beach which included live music and Mercedes show car demonstrations.

But despite the cloud hanging over FTX, Mercedes has confirmed the company’s logos will continue to run on the car and other associated assets for this weekend’s event in Interlagos. The team will, however, keep a close eye on developments surrounding the exchange as things move forward.

Speaking about the FTX deal earlier this year amid questions about the risks F1 teams were taking in being associated with the volatile crypto industry, Mercedes boss Toto Wolff said it would have been wrong of the series to ignore potential business opportunities.

“You can't shut yourself down to modern technology,” he said. “It's definitely an area that will grow.

“When we are looking back in 10 years' time, having to make payments that take two days and can't be done outside of week hours, it is something that's going to be a relic of the past. And this is where cryptocurrencies are coming.”