The test is being conducted at the request of the FIA as a possible solution for improving visibility in heavy spray conditions, although sunny conditions in Spain meant that the test could only really prove the functionality of the device.

Although the deadline for the 2019 F1 technical regulations has in theory passed, changes can be made with a unanimous vote, and in addition any safety improvements can simply be mandated by the FIA - as was the case with the Halo, which wasn't officially confirmed until late July last year. 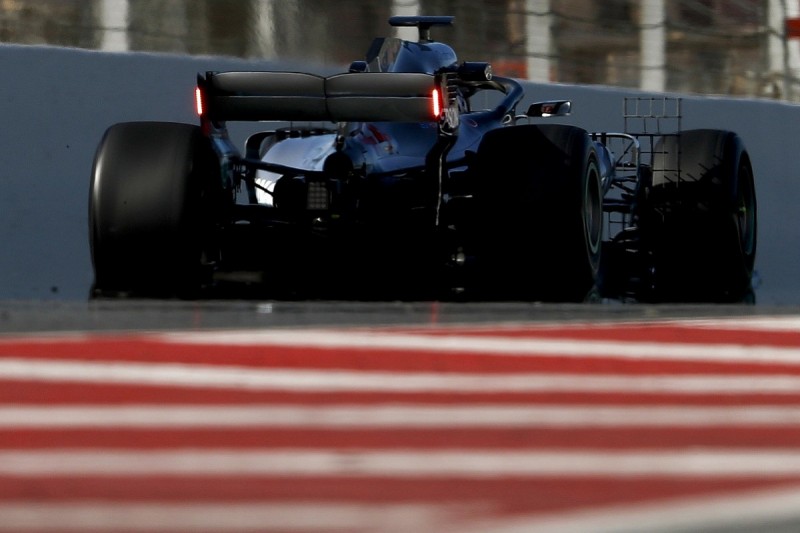 Rear endplate lights are not a new invention, having already been seen on prototypes in the World Endurance Championship for several years, but this is believed to be the first practical single-seater version.

Beatty had used a similar concept in the Velocity single-seater concept that helped inspire the 2018 Indycar package.

Was Mercedes really helped by the tyre change?