Mercedes has suspended its Formula 1 sponsorship deal with crisis-hit crypto exchange FTX, meaning the company’s logos will be removed from the team's cars from the Brazilian Grand Prix.

Amid the now confirmed bankruptcy of the FTX exchange, and a looming investigation of it by the USA's Securities and Exchange Commission (SEC) over the alleged misuse of customer deposits, Mercedes has taken action to the fast-changing situation.

While it had initially appeared that Mercedes would be keeping the FTX logos on its cars and assets for the Interlagos weekend, a team spokesman confirmed to Autosport on Friday morning in Brazil that it had put a stop to the deal.

"As a first step, we have suspended our partnership agreement with FTX," said Mercedes.

"This means the company will no longer appear on our race car and other branded assets from this weekend. We will continue to monitor closely the situation as it evolves."

The drama surrounding FTX surfaced several days ago when the exchange was plunged into a liquidity crisis that erupted at its affiliated Alameda Research company. It is believed that FTX was left facing an $8 billion black hole in its finances.

An initial plan for it to be rescued by rival exchange Binance, which is a sponsor of the Alpine team, collapsed earlier this week, triggering a meltdown in the crypto markets.

On Friday, just a few hours after Mercedes announced its plan, FTX announced that it was filing for Chapter 11 bankruptcy proceedings. Its founder and CEO Sam Bankman-Fried resigned from his role, with John J. Ray III taking over. 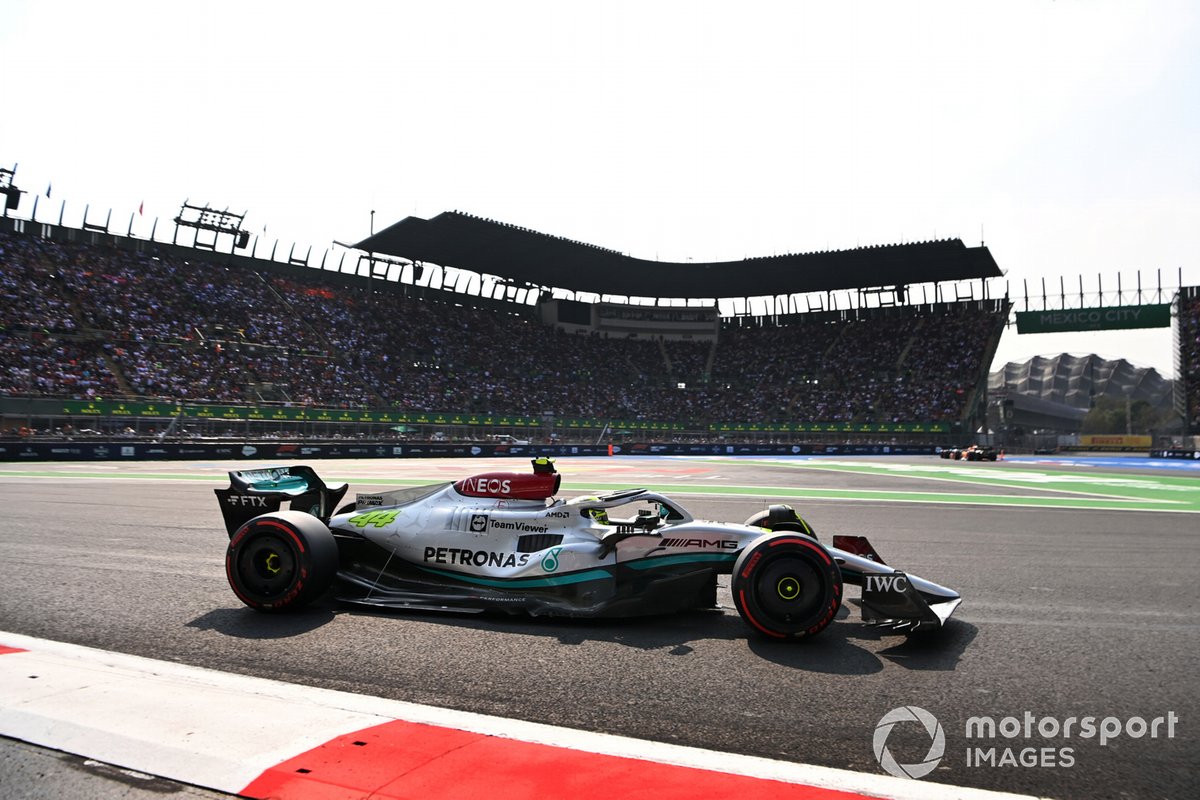 The FTX collapse has already prompted action from US authorities, with widespread reports suggesting that the SEC will investigate whether or not there was any criminal activity in how FTX handled customer deposits.

Amid a now far from certain future for FTX, there have been doubts about a wide range of sponsorship deals that the company rolled out in recent years – including in F1.

As well as the original multi-year deal that it signed with Mercedes towards the end of 2021, FTX agreed a $135 million deal for the Miami Heats' NBA arena in Miami to be renamed the FTX Arena until 2040. FTX was also the official cryptocurrency brand of Major League Baseball.

At this year's Miami Grand Prix, FTX pulled off a major activation, called Off the Grid, on South Beach which included live music and Mercedes show car demonstrations.

There has been a rush of crypto sponsors into F1 in the past few years, which has prompted concerns about whether or not teams were taking on risks being linked to such a volatile industry.

Speaking earlier this season, Mercedes boss Toto Wolff said that it would have been wrong of the series to turn its back on the opportunities that crypto offers.

"You can't shut yourself down to modern technology," he said. "It's definitely an area that will grow.

"When we are looking back in 10 years' time, having to make payments that take two days and can't be done outside of week hours, it is something that's going to be a relic of the past. And this is where cryptocurrencies are coming."

Vettel “at peace” ahead of final F1 starts

Hamilton: Beating Ferrari to F1 runner-up spot would be an “amazing feeling”