Mercedes is still trying to understand the "mystery" of its W13 Formula 1 car bouncing that changes like "an on and off switch", according to team boss Toto Wolff.

Since the introduction of the new technical regulations for the 2022 season, a number of teams have struggled with their cars porpoising and bouncing as they run their cars low to make the most of the ground effect.

Mercedes has been one of the worst-hit teams, leaving the reigning eight-time constructors' champion squad currently unable to regularly compete with front-runners Ferrari and Red Bull.

The team brought a raft of updates to Silverstone for the British Grand Prix as it continued to seek performance and remedy the issue. Through practice and qualifying, drivers George Russell and Lewis Hamilton had varying experiences with their cars bouncing, often changing session by session.

Mercedes F1 chief Wolff said the flat nature of Silverstone meant it would always be easier to manage than the recent street tracks, but that the team was still perplexed by the inconsistent nature of the bouncing.

"We've had a car that from the video, looks pretty good - Turn 9 is a good example, we look much better than many other cars," Wolff said.

"But the drivers still have the feeling that it's a bit stiff, and that it bounces. It's like an on and off switch. You have it, and then you don't.

"Even us digging through the data, you can't really dissect why it's bouncing in one session and not in the other. It's still a mystery.

"We have more data points that will allow us in the future to dissect it. But at the moment, it's still not where we want it to be." 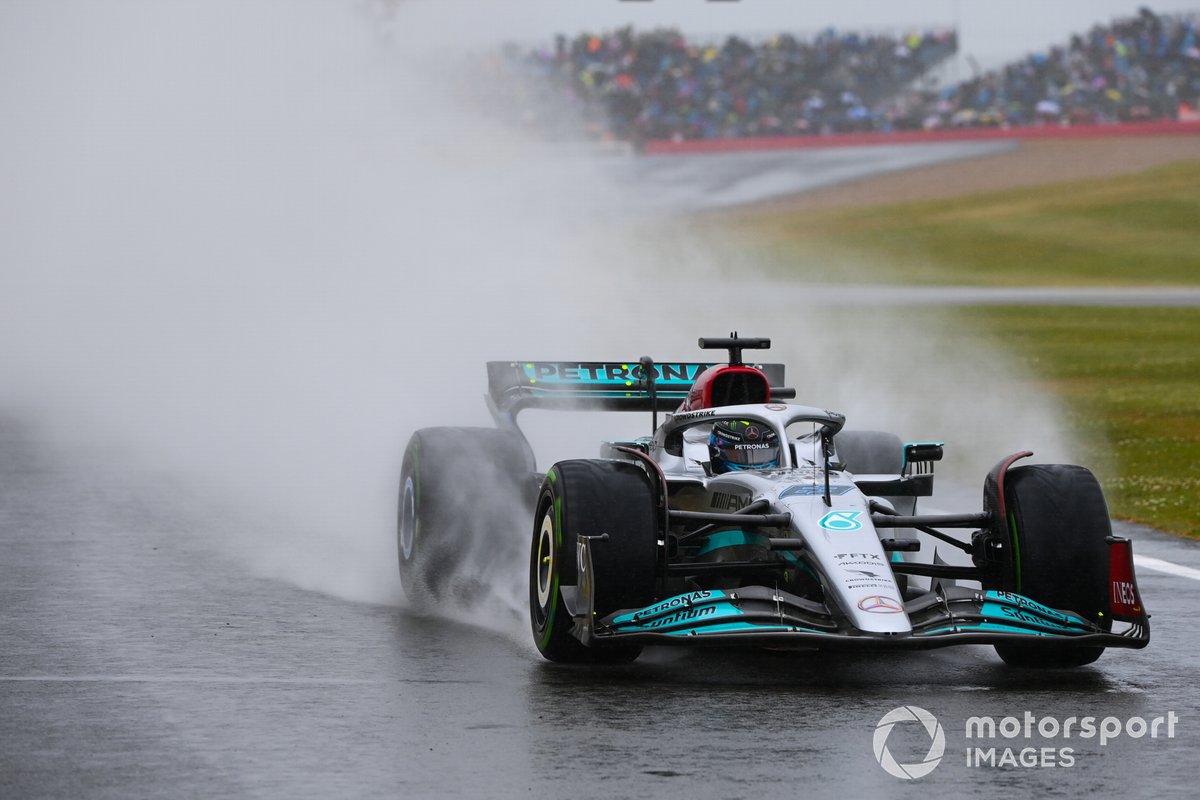 Wolff revealed the bouncing on Russell's car was even changing in nature mid-session between different sets of tyres.

"We can't correlate that it changes so much between one session to the other, one tyre set to the other.

"There is no indication about set-up, the wind, ambient in general, track conditions - none of that."

Hamilton and Russell both looked competitive in the dry final practice at Silverstone, but could only qualify fifth and eighth respectively in the wet session.

"It's probably both," Wolff said. "I think we've seen good data on the upgrade that showed us we've gained some relative lap time to the others.

"But then we mustn't be fooled, like we were last time around in Barcelona, where we thought we're on top of the problem when we weren't."