Hamilton claims his own brake issues were his downfall during the race at the Marina Bay street circuit, and resulted in him watching race winner Rosberg and second-placed Daniel Ricciardo ease ahead over the opening stint.

The reigning champion could only manage third come the chequered flag and now falls eight points behind Rosberg in the drivers' standings with six races to run.

"It was my brakes. I was struggling with my brakes, they were way overheating, so I just had to slow down," said Hamilton.

"I just had to watch the other guys pull away, and I was just looking at different ways to try and get them back under control.

"Eventually once I did my second or third stop, all of a sudden my brakes were under control. But of course, towards the end I still got a bit of heat in them." 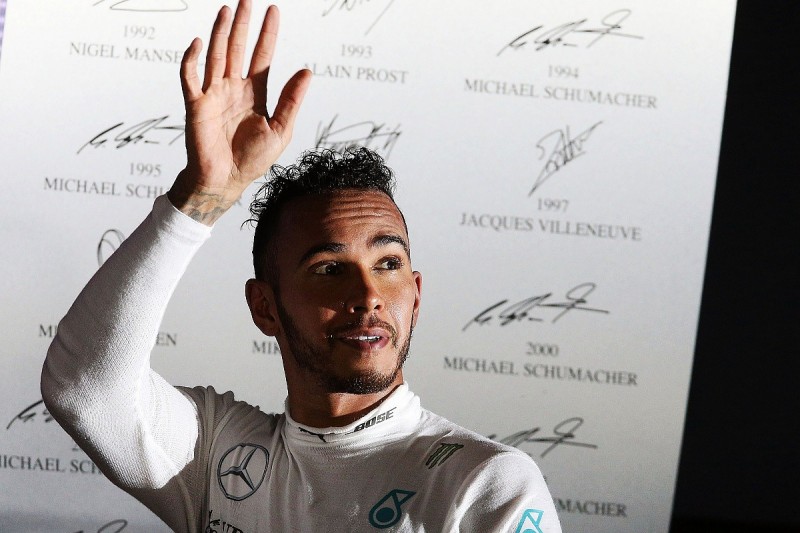 But Wolff said Rosberg and Hamilton were both in the same braking situation, which he put down to a strategic decision rather than a mechanical problem.

"We were very marginal, straight from the beginning," Wolff said.

"But this is the name of the game in Singapore, you try to optimise everything, and you could hear other drivers complaining about brakes overheating.

"Maybe we took it to a step where it caused a problem straight from the beginning.

"But we finished one and three, and I think the result justifies the strategy that was taken in terms of putting the car together."

Asked whether one driver's problems were worse than the other, Wolff replied: "No, they had exactly the same problem.

"At various times it was worse for one than the other, but it was the same thing."

After watching his 19-point lead evaporate over the last three races - all won by Rosberg - since the summer break, Hamilton insists he is not too concerned.

"It's a lot different to when I was here last year," said Hamilton, who emerged from the 2015 Singapore race with a 41-point lead over Rosberg despite retiring.

"But all in all, with everything that's gone on this year, I'm still in the fight, there's still a long way to go and I'm going to give it everything I've got."