Mercedes has provided a sneak glimpse of what its new Formula 1 car looks like, after shaking the W06 down at Silverstone on Thursday

The team elected to run a systems check in Britain before sending it to the first test at Jerez in Spain this weekend, where it will be officially launched on Sunday.

Nico Rosberg was drafted in for driving duties.

Teaser videos posted by the team on Twitter offered the first look at the new car, and it later issued a side-on shot showing the revised livery.

Although the images are not entirely clear, it is possible to ascertain some initial details.

The most obvious difference from its predecessor, which won 16 races on its way to a world championship double, is the nose and the way it blends in to the chassis. The very short nose tip is reminiscent of the 2015 Williams.

The packaging around the engine cover and rear of the car also seems far more refined.

The car appears to retain much of the DNA of the W05, including similar sidepods and the twin mounting pillars for the rear wing.

Rosberg is due to give the car its first official test at Jerez on Sunday, before handing the car over to Lewis Hamilton for the second day. 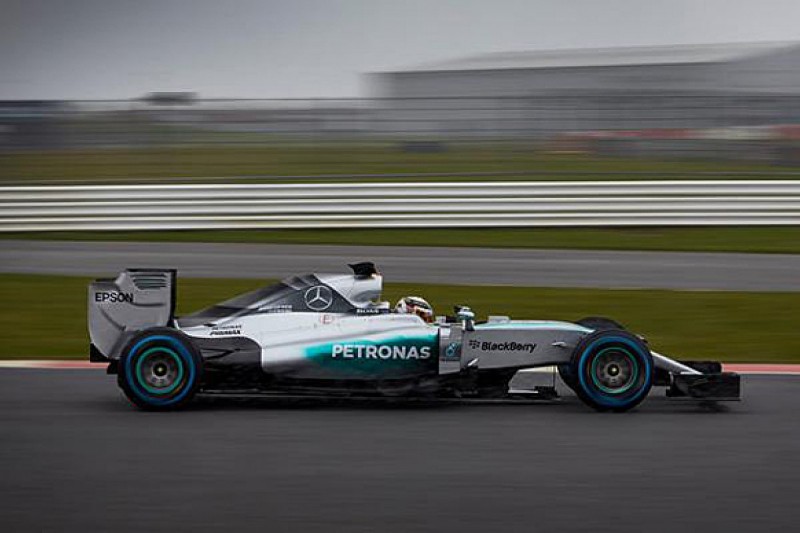