Mercedes has revealed the scale of the updates that it is bringing to Formula 1's British Grand Prix having altered numerous areas of its car.

The changes, which have to be notified to the FIA before the cars are allowed to run on track, include revised front suspension, sidepod vanes, floor, rear wings and bib wing tweaks.

On the front suspension, Mercedes has added volume to the pushrod and rear leg components where they meet the chassis.

The team explained the reason for this tweak was to downwash the flow local to the chassis side to help shed "a vortex which then goes on to improve flow underneath the floor".

Mercedes has repositioned the vanes on the side of the chassis ahead of the sidepod, which helps improve the flow quality into the radiator duct and deliver improved cooling performance.

It also has an increased floor edge wing slot forward, as well as increased the camber of the forward position, both of which are aimed at lifting forward floor load.

There has also been a small camber change to the forward floor fence, to increase the pressure delta across it. This increases floor load and also improves flow to the diffuser. 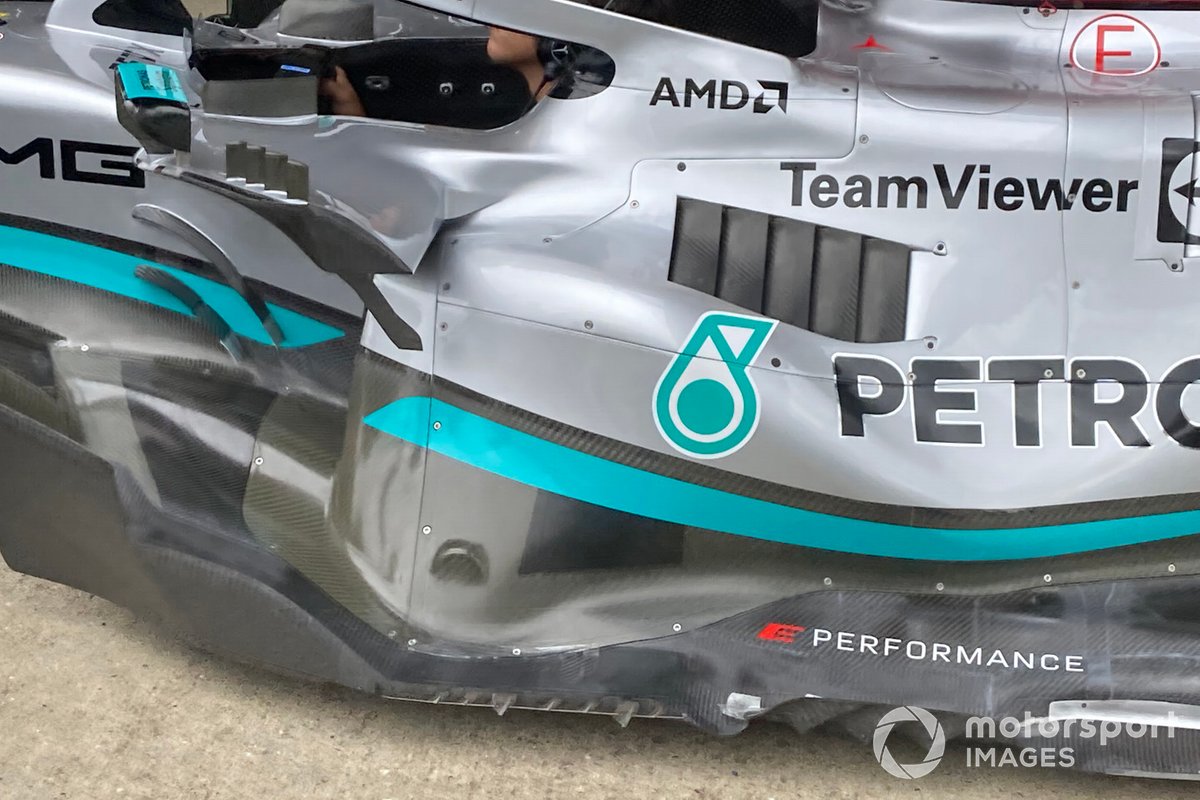 Another change focused on improving flow quality under the floor is a revised bib wing.

At the back of the car, the W13 features a reprofiled rear wing tip to reduce camber, which is track specific and targeted with reducing drag without shedding too much downforce.

Speaking ahead of the weekend, George Russell said he hoped the changes would be enough to put Mercedes on a par with Red Bull and Ferrari.

PLUS: What to expect from Mercedes as F1 returns to Silverstone

Having struggled on recent bumpy circuits, the smooth Silverstone venue should play better to the way the team's best performance appears to be delivered when the car runs very close to the ground.

"I think this high-speed nature of Silverstone, a smoother surface, will definitely play to our hand a bit more than it has done in the previous three events," said Russell.

"But still, there's no guarantees because, as I've said before, every race we go to we're sort of unlocking a different issue from the car. But we have relative faith that this will be a more competitive weekend for us, not only with the upgrades, but just with the nature of the circuit."