Toto Wolff admits there are still questions over the reliability of the latest Mercedes Formula 1 engines in the cars of Lewis Hamilton, Valtteri Bottas, Lance Stroll and George Russell

Sergio Perez and Robert Kubica, who both suffered failures on their upgraded Phase 3 power units at Spa, will run Phase 2 engines that have already completed high-mileage at Mona this weekend.

Last weekend in Belgium, all six Mercedes-powered cars were equipped with the latest Phase 3 engines ahead of practice, and these were scheduled to last each driver until the end of 2019.

But Perez suffered a failure in FP2, and then Kubica's let go in qualifying and doth drivers switched back to older Phase 2 engines for the rest of that event.

Wolff suggested Mercedes had found some of the reasons behind the issues following an investigation at its High Performance Powertrains Brixworth engine base this week, but he explained that the exact situation was not yet fully understood.

When asked if Mercedes' engine performance would be compromised at Monza, Wolff told Autosport "that is not yet totally clear".

"We will know more tomorrow when we have run them," he continued. "It's still an unknown, we need to run them in FP1."

Regarding Perez and Kubica sticking with their old engines, Wolff said: "We wouldn't be able to put the new ones together in time. It's a capacity problem. There were only six. Some spares, but not enough." 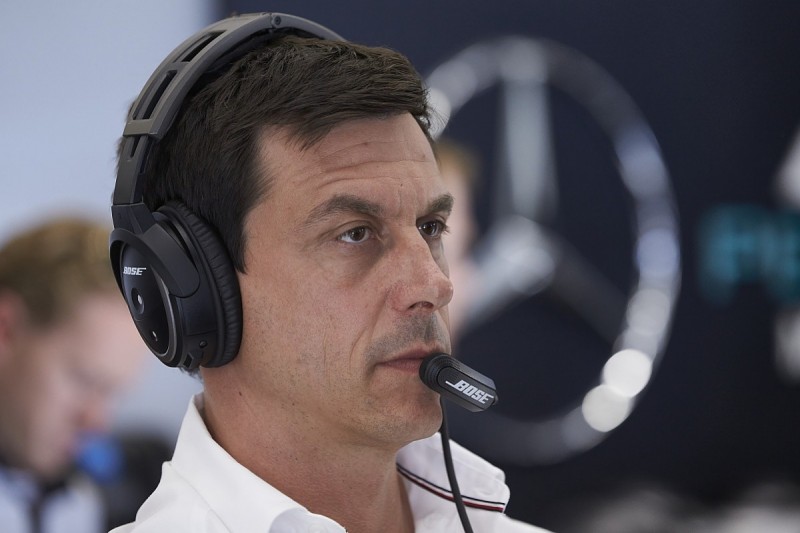 Hamilton stressed that he had full confidence in HPP and its boss Andy Cowell, and said he had no worries about its ability to provide a reliable engine.

"I've spoken to Andy this week, I've had a long journey and experience with this team," he said.

"This year we've had an instance in the last race, and we've had a few races where we've not necessarily been the quickest.

"But it's not all to do with power, you also have a car around you that has drag.

"If you look at the last race we were quicker in the middle sector, so we obviously had more drag than they did.

"We only have three engines, and they have to go a long way, and punch out a huge amount of power.

Bottas said he had "no concerns for now', while Kubica admitted he would have preferred to have had a new engine and take a penalty hit.

"It's not, let's say, ideal," he said. "I will have to use my second power unit of this year, so the engine has done already six events. It's not the latest spec.

"From a penalty point of view it will not change a lot, because anyway we are back of the grid. But definitely it's not the ideal situation."