The FIA stewards have confirmed that Mercedes’ protest over the restart of the Formula 1 title decider in Abu Dhabi has not been upheld.

The FIA stewards have confirmed that Mercedes’ protest over the restart of the Formula 1 title decider in Abu Dhabi has not been upheld.

Mercedes lodged two protests with the FIA following the controversial end to the race at the Yas Marina Circuit, including one over the restart of the race with one lap remaining.

Max Verstappen overtook Lewis Hamilton on the last lap to win the race and the championship after race director Michael Masi brought in the safety car with one lap to go.

Mercedes claimed this was a breach of the FIA’s sporting regulations and requested the results be put back to the end of the penultimate lap, but the stewards have now dismissed the protest.

It means that Verstappen is formally the race winner and the 2021 drivers’ champion. Mercedes is yet to comment if it will take further action over the decision.

The stewards’ bulletin explained that Mercedes argued there had been a breach of Article 48.12 of the regulations which state that “any cars that have been lapped by the leader will be required to pass the cars on the lead lap and the safety car” and “once the last lapped car has passed the leader the safety car will return to the pits at the end of the following lap.” 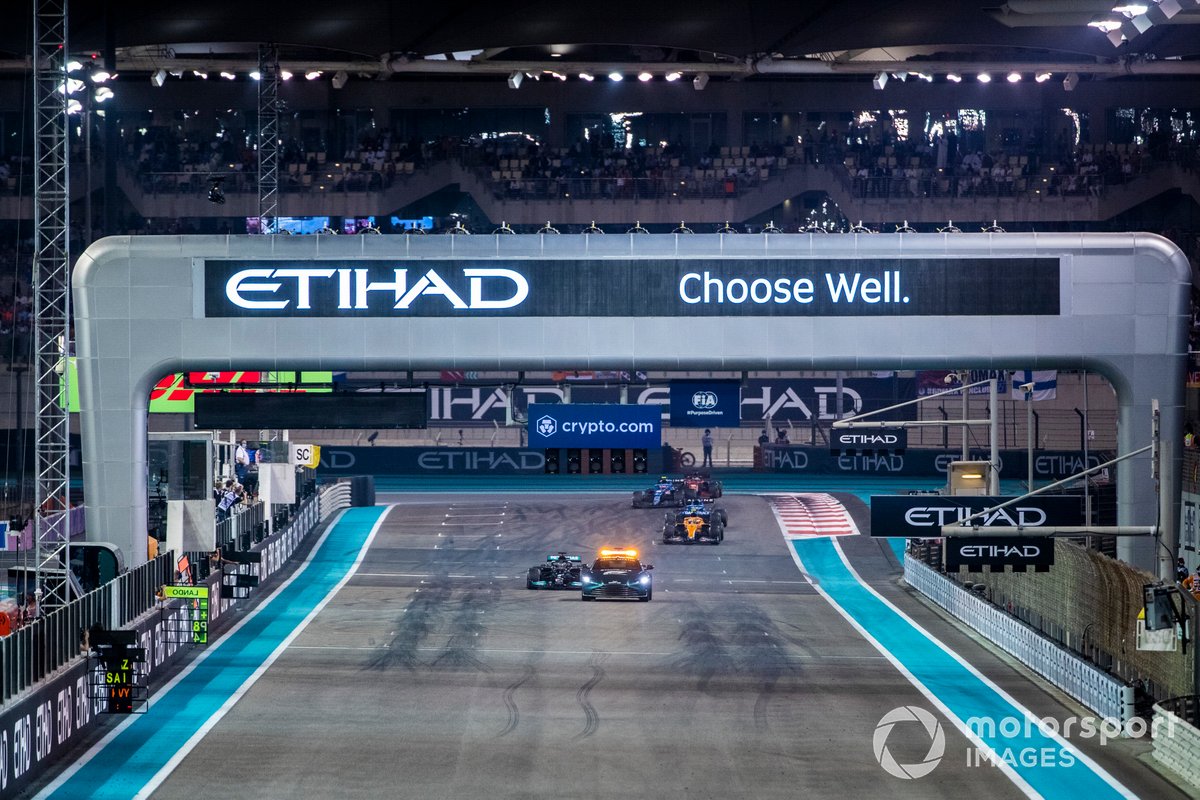 Had this been followed, Mercedes argued that Hamilton would have won the race and the championship, and requested an amendment of the race result under the FIA’s International Sporting Code.

Masi was also present for the hearing, and said that it had been “long been agreed by all the teams that where possible it was highly desirable for the race to end in a ‘green’ condition” and not behind the safety car.

The notice added: "That notwithstanding, Mercedes’ request that the Stewards remediate the matter by amending the classification to reflect the positions at the end of the penultimate lap, this is a step that the Stewards believe is effectively shortening the race retrospectively, and hence not appropriate.

“Accordingly, the Protest is dismissed.”

It was the second protest to be dismissed by the stewards after the race. Mercedes also lodged a protest over Verstappen allegedly overtaking Hamilton behind the safety car before the restart, but this was also dismissed.