George Russell believes Mercedes is “potentially in the same boat” as Williams with a wind sensitivity issue on its 2021 Formula 1 car that hurt its performance in Bahrain.

In its push to create more downforce and reduce the drag on its FW43B car for 2021, Williams opted for an aggressive design approach that causes its performance to dip in windy conditions.

Williams driver Russell struggled with the gusty conditions during both pre-season testing and the opening grand prix of the year in Bahrain, meaning he could only finish the race in 14th place.

Russell felt the result was the “maximum we have expected” given the conditions, which he felt made for a “worst-case scenario” for Williams in Bahrain.

He compared the team’s struggles to that of Mercedes, which grappled with an unstable rear end on its W12 car throughout testing and only narrowly won the race ahead of Red Bull after Max Verstappen passed Lewis Hamilton outside track limits and was unable to challenge again after being forced to yield the position.

“Something as substantial as that would require a complete re-design, which obviously we’ve not done,” Russell explained.

“It’s what we’ve got, it’s what a lot of teams have got. Time will tell, but I believe that potentially Mercedes are in the same boat.

“They probably struggled this weekend more than you’ll see them struggle at races in the near future. Red Bull, and the likes of Alfa Romeo, were more competitive relative to the field than we’ll see in races to come. 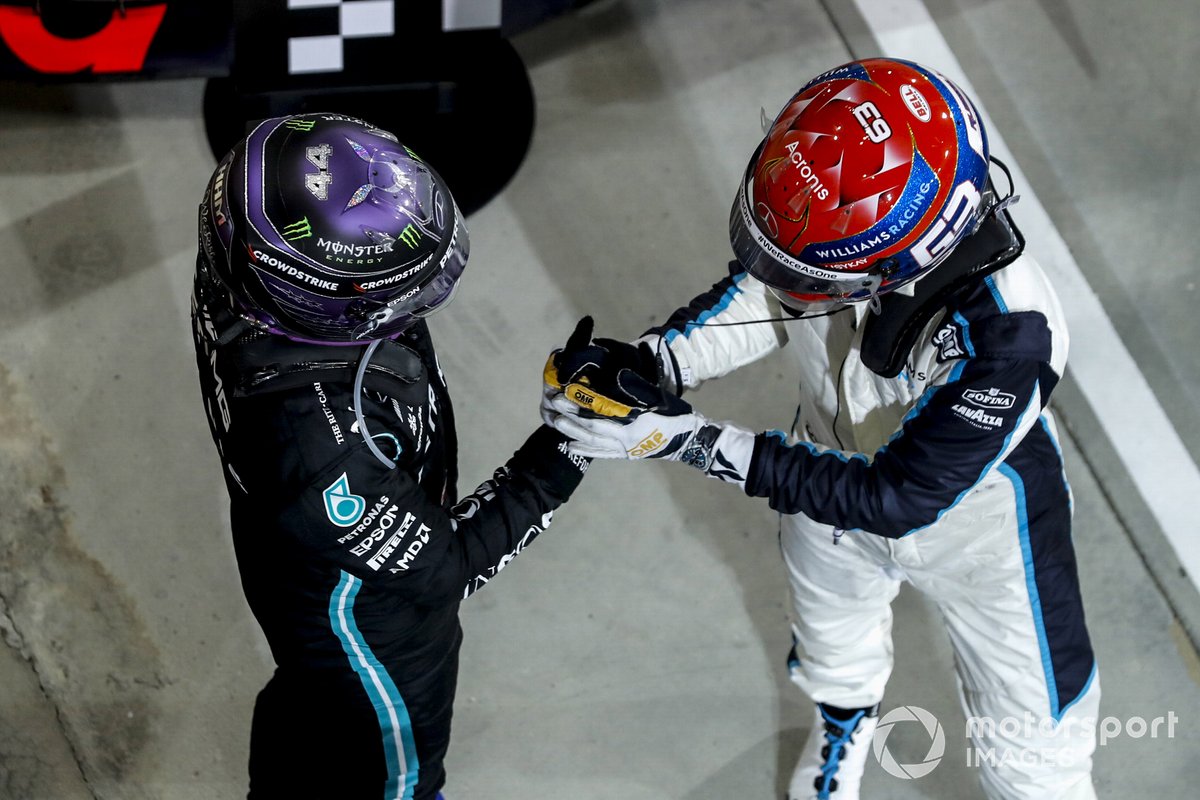 Williams is planning to produce some upgrades for the FW43B in a bid to remedy some of the wind sensitivity issue, feeling that a better understanding of the philosophy will also help with future car designs.

New GPDA director Russell is still yet to score any F1 points while racing for Williams, but was more hopeful of the team’s prospects for next weekend’s Emilia Romagna Grand Prix at Imola.

“It’s very different to Bahrain, so you’ve got two ends of the spectrum,” Russell said of Imola.

“It is very enclosed with all the trees and the buildings around, so we’re going to extremes really. [I’m] not necessarily saying Imola is in the top end, but it’s probably in the top half [of tracks for Williams], let’s say.”