Mercedes: Overtaking in Turkey ‘tougher than we would like’

Andrew Shovlin conceded that overtaking in Formula 1 Turkish Grand Prix practice proved tougher than Mercedes would have liked as Lewis Hamilton prepares to fight back from a penalty.

It was revealed on Friday that championship leader Hamilton would be serving a 10-place grid penalty this weekend after Mercedes opted to take a new engine for his power unit.

Hamilton led both practice sessions on Friday at Istanbul Park, and said he would be targeting pole position in a bid to “limit the loss” from the penalty that looks set to resign him to a mid-pack start.

Title rival Max Verstappen managed to recover from a back-of-grid penalty in Russia to finish second, ensuring he sat just two points behind Hamilton heading into the Turkey weekend.

But Mercedes trackside engineering director Shovlin felt Friday’s running had shown how difficult it would be to overtake, complicating the picture for Hamilton.

“It’s often a bit more difficult in the free practice sessions because you don’t run long stints on the tyres. You don’t get differences in degradation building up.

“So on that side, today’s indications are probably it’s a bit tougher than we would like. But you don't always get what you want.

“What we’ve also seen is that the car is working really well. Both drivers have had a strong day, which is good.

“As much as the drivers’ championship draws everyone’s focus towards what is going on with Lewis, with Valtteri [Bottas], the objective is quite clear that we need to get pole and we want to win the race.” 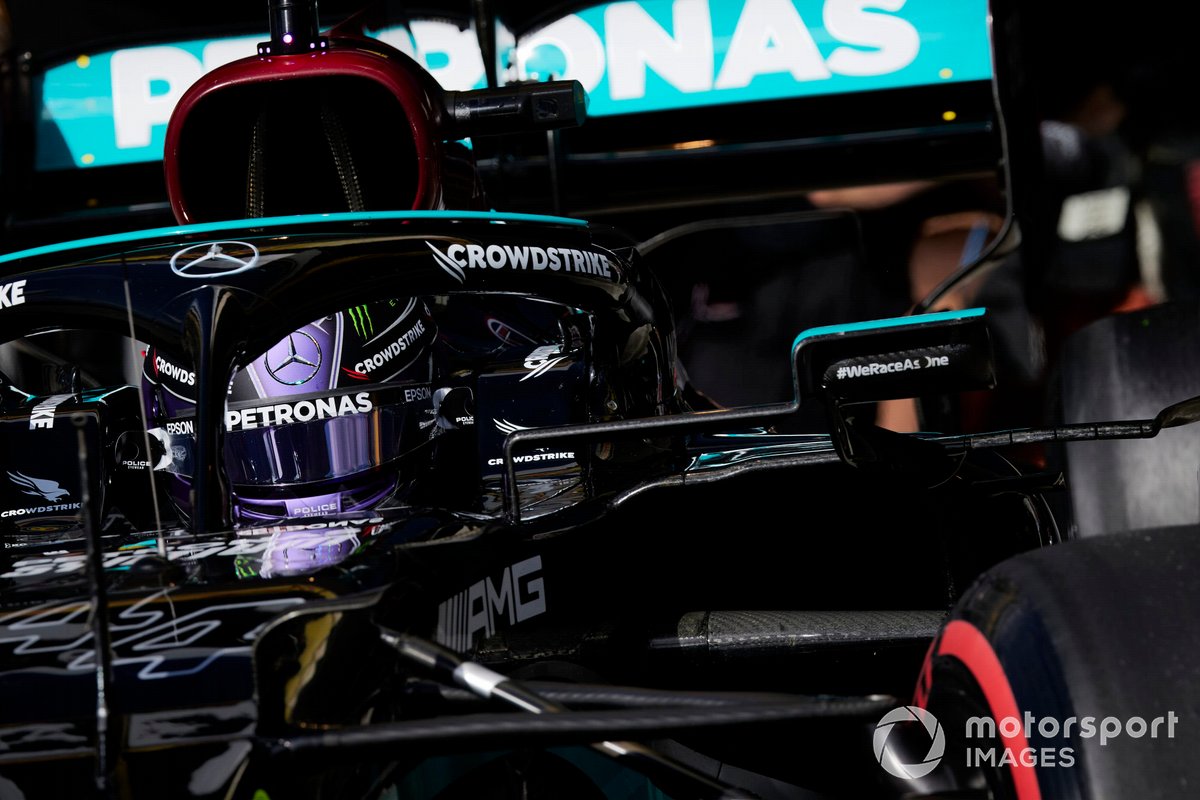 Shovlin said Mercedes opted for a “very normal programme” with Hamilton’s car through Friday’s running while the team evaluated some development parts on his car.

"He’s still going to qualify, we still want to get him as far up the grid as possible,” Shovlin said.

“That’s obviously very different when you’ve got a 10-place penalty as opposed to a back of the grid penalty.

“So really it was a very standard programme, just deliberately getting a few more laps in traffic to try and feel what the car is doing when you’re following someone closely.”

While Mercedes is able to run simulations anticipating the impact of a mid-pack start, Shovlin felt Hamilton’s race would largely be defined by the progress he makes in the opening stages.

“Whether we can get Lewis back on the podium, that’s often defined about what happens in the first stint, whether you can pick off some of those cars,” Shovlin said.

“Because throughout that stint, the race leaders are always getting away from you. It was very difficult to predict how well we’d get through traffic in Sochi. It was difficult just because we were understeering in the final sector, and that made it quite hard.

“Probably the hardest thing to simulate is really how close actually can you follow. Can you sit in someone’s gearbox without killing the tyres, without losing so much downforce that you can’t stay there?