Mercedes has not ruled out switching to Red Bull's Formula 1 car concept for next year as it evaluates how best to make a leap forward with its 2023 challenger.

The German car manufacturer has had a difficult season so far as it has battled excessive porpoising and bouncing with its narrow-sidepod wide-floored W13 design.

But with more and more teams copying rival Red Bull’s sidepod solution, suggesting it is the best way forward, Mercedes has made clear that it is not arrogant enough to dismiss following suit itself.

While it does not believe the answer to its woes lies in simply switching to Red Bull’s sidepod solution, it says it is evaluating what the Milton Keynes-based team has done to try to understand if there are wider benefits to it.

Asked by Autosport about the possibility of a shift to the Red Bull concept, Mercedes technical director Mike Elliott said: “I think the bodywork, the bit that is visibly different, that you're referring to, is probably not the key differentiator if you'd like. It's the detail in the floor design.

“We've evaluated some of the concepts in that direction. I'm not going to say which way we're going to go, but we will look at that [Red Bull solution].

“I think it would be silly not to have a level of humility, and not think you might have got it wrong, and not go and look at what everyone else has done.

“And that's not just the Red Bull concept. That's looking at all the concepts up and down the grid and saying what looks interesting and why.”

Elliott explained that rather than think a straight copy of the Red Bull concept would deliver benefits, the key thing for Mercedes was understanding what gains come from such a design. 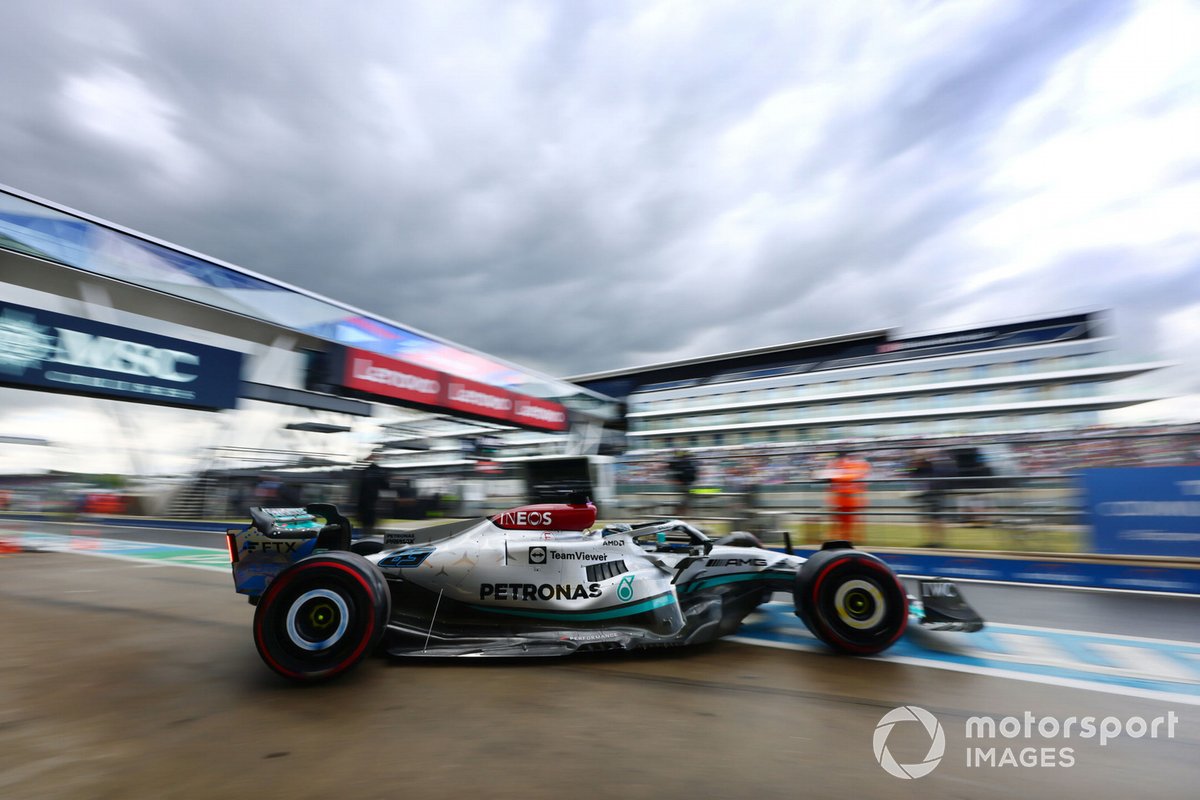 “I think as an ex-aerodynamicist, what you try to do is to understand what you think is happening in the flow field,” he said.

“You work out what you want to do with the flow field, and then develop the bodywork shapes from there.

“So we'll go and look at it and say: what do we think Red Bull bodywork does and why does it do that? It’s the same for all the other cars up and down the grid. Then we will see what we can learn from that, and see what we can apply.

Mercedes has brought a raft of updates to the British Grand Prix this weekend, which Elliott explained as being focused on delivering added performance now that the team appears to have resolved the worst of its porpoising.

“I think it's quite obvious looking at the car, we made quite a big change in Barcelona to the way we were trying to use the aerodynamics,” he said.

“In doing so, we made some good inroads into the bouncing. But we did that by probably compromising some of the sort of the bulk aerodynamic performance of the car.

“So this [upgrade] was really about trying to sort of bring that back; trying to add performance to the car and just genuinely moving forward in lap time. And the aim is to do that without compromising bouncing or any of the other sort of negative sides that we could have got.”