Mercedes says it is no longer "fighting to survive" with its current W13 Formula 1 car, as its British Grand Prix updates appear to have opened up its true potential.

The German car manufacturer introduced a series of changes for last weekend’s Silverstone race aimed at building on the progress it made with a first development push in Spain.

Although the squad does not yet quite have the pace to fight Red Bull and Ferrari on equal terms, and clearly still has issues on tight and bumpy street circuits, there is growing optimism within it that the corner has been turned on its woes.

While Mercedes’ entire focus was on dialling out the porpoising that proved a pain for its drivers in the early phase of the campaign, its mindset is now shifting towards pure performance.

Mercedes trackside engineering director Andrew Shovlin said: “In the first few races, we were literally just sort of fighting to survive. And the drivers were fighting to survive with a car that was incredibly difficult to work with.

“But we did a decent job of scoring points, actually, and picking up on the opportunities when others were unreliable.

“Barcelona was useful for us because we had something that wasn't bouncing around on every circuit that we went to. But clearly a recent run of three street tracks highlighted another weakness and, to be honest, we're just going through it: looking for the problems, and then we'll try and apply our engineering skills to solving them.

“But I would say that the route that we want to take now is becoming increasingly clear. And that's encouraging from a development point of view.

“This [Silverstone] update is the first one along the line that we started to create in Barcelona.” 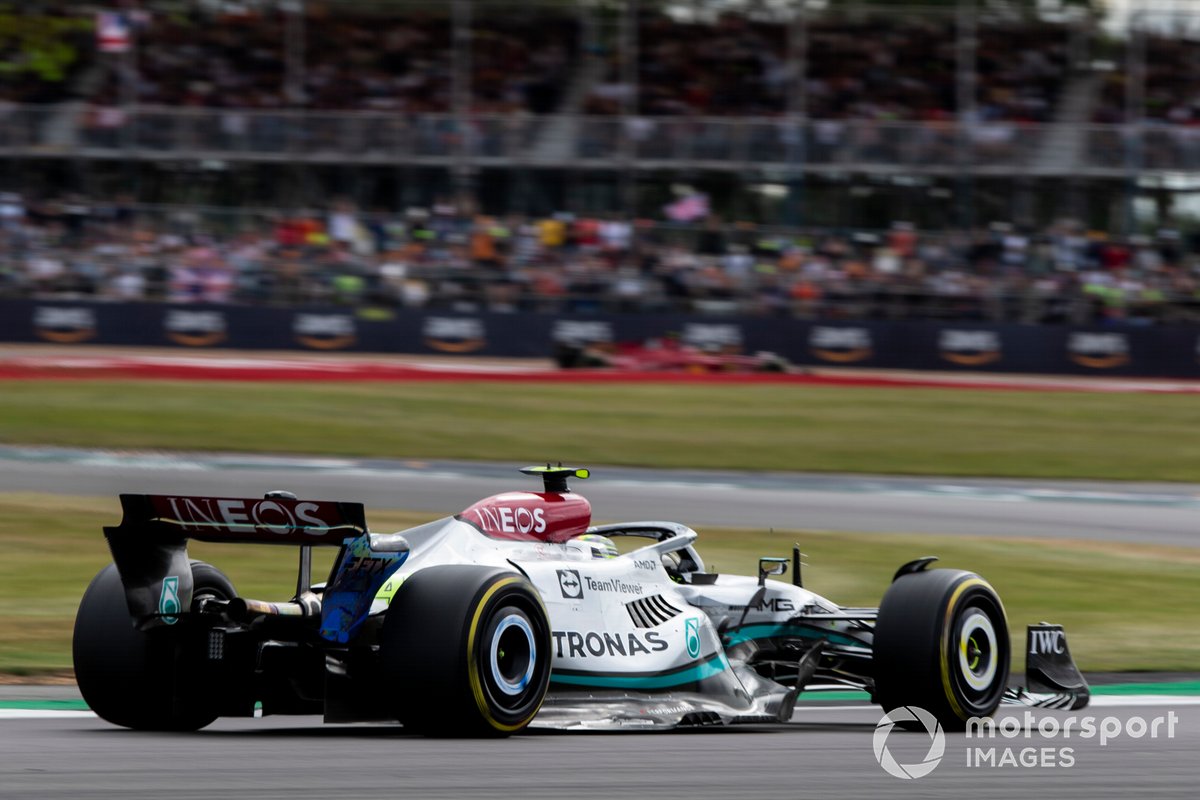 While much of the focus about Mercedes’ development and progress has focused on its zero-sidepod concept, the team has been resolute that its upper bodywork shape has had little role to play in the early season problems.

Instead, the key factor at play has been the management of airflow underneath and around the floor. And in those terms, its approach was overhauled significantly at the Spanish Grand Prix – even though the tweaks it made were not so visibly obvious.

“In terms of the concept of the car, we've actually changed our car an awful lot since it first ran,” he said. “It's behaving very, very differently to when it first ran. Even though if you look at it from a distance it looks quite similar to what we had at round one aerodynamically, it is quite a different beast now.”

Asked by Autosport if he actually considers the team to have a new concept since the launch, Shovlin said: “I think yeah, we changed concept in Barcelona perhaps in terms of the way the car was working, to try and solve some of that bouncing.

“And whilst our issues with bouncing, quite rightly, generated a lot of interest in the early races, because we were at the worst end of the pack, if you look at us here [at Silverstone], I think we're actually near the better end of it.

“We're certainly not the best, but we're a long way from being the worst. So I think we have made progress. And what we're left with is a car that is a bit stiffer than we would like. But it's certainly a car that we can start to work with.”

What appear to be the focus for Mercedes, and it’s something that all teams are chasing, is the ability for their new generation of cars to produce their peak levels of downforce with as high a ride height as possible. Right now, the W13 runs too low and with too stiff a suspension setting for anything other than the smoothest of tracks.

Shovlin added: “From day one with these regulations, the challenge was always going to be generating downforce high up.

“It does look like we are running low, and that is one of the things that we'd like to develop. But we're making progress in that direction.”