The Mercedes Formula 1 admits that it may avoid "falling foul" of the FIA stewards by modifying its controversial front wing before the Mexican GP.

The team brought a single example of the new wing to Austin and declared it to the FIA as a new part, although the plan was always to wait until Mexico to run it on track.

However, the new wing caught the eye of rivals because of the potential aerodynamic impact of its prominent slot gap separators.

Mercedes technical director Mike Elliot said that the team believes the wing is legal, but he conceded that it might not be worth the risk of having to defend the new design should it be contested.

Thus, the team will decide next week whether or not to modify it in order to avoid any issues with the FIA when it does take to the track.

"We brought the front wing here actually just freight-wise," said Elliott. "It wasn't meant to run this weekend, we only bought one of them. So we've not got enough. The plan was to run it in the next race.

"We always try to make sure not only have we got enough for each driver, but enough that if we have an off, that we've got a replacement.

"I think there's a fuss about it, because in the regulations, it talks about the primary use being for mechanical or measurement purposes. And clearly, there's a secondary benefit of an aerodynamic design that's in there as well.

"We'll decide whether we want to argue that one or not. It's actually not worth a huge amount. That detail looks interesting, but it's not the big thing on the front wing."

Elliott stressed that the design had been approved by the FIA, although as always that doesn't mean that it can't be challenged later.

"We go through a CAD review process with the FIA before we come to the circuit, that happens all the time," he said. "And so it was something that was seen there. And then they came back and said, 'We're not so sure about this.' 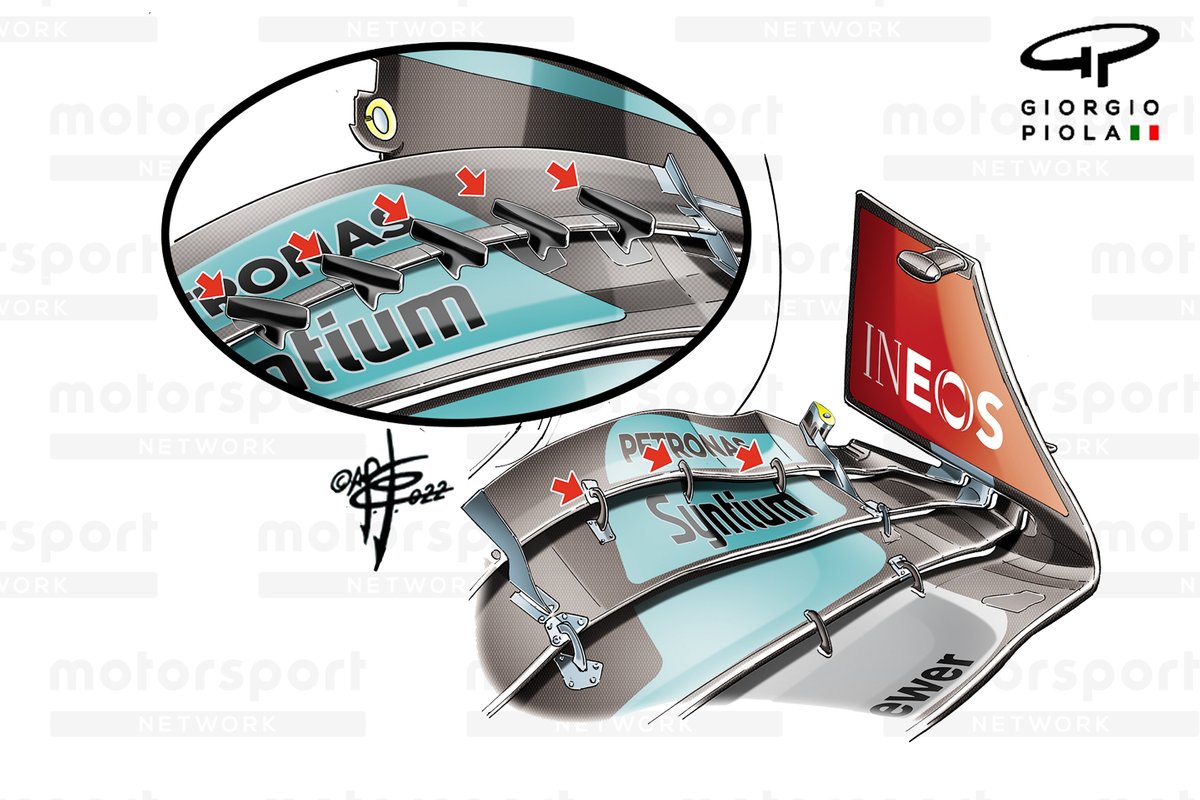 "So I think there's an argument to be had. Whether we want to have it as another question, if it's probably not worthwhile."

Elliott said the team has yet to decide to stick with it or make changes for Mexico.

"We'll decide what we do this week. We haven't really made up our minds. I think personally, we could argue them, but the question becomes whether we want to or not?

"I think the gain for those bits is so small, is it worth the risk of falling foul of the stewards? We always go through and make those decisions. But because we weren't going to run it this weekend, and we've not spent a lot of time thinking about it. We'll do that in the sort of calmness between the races."

The wing is part of a bigger package that Elliott confirmed is the last of the year.

"Just generally, it's about adding efficiency and performance to the car and trying to move it in the right direction with what we wanted to do with the drivers," he said.

"So floor-wise, most of it is in the sort of the floor edge wing you can see, also the fences at the front of the floor, and really it's just about trying to draw the air through the floor a bit more and generating a bit more performance.

"The front wing itself, which we won't run this week, other than the separators, that's sort of endplate detail, and how it interacts with the front of the car.