Mercedes has lodged a protest with the FIA over Sunday’s controversial Formula 1 title decider in Abu Dhabi over the late safety car restart.

Lewis Hamilton lost out to Max Verstappen in the fight for the drivers’ championship after being overtaken on the final lap following a late restart by race director Michael Masi.

The safety car was called after a crash for Nicholas Latifi, and Masi initially said that lapped drivers were not allowed to overtake the safety car, leaving five cars between Hamilton and Verstappen.

But Masi then instructed these cars to overtake the safety car, leaving Verstappen and Hamilton nose-to-tail on-track for one lap of racing to decide the championship.

Verstappen had already pitted for soft tyres, while Hamilton was on used hards, meaning the Red Bull driver could launch a move up the inside at Turn 5 to take the lead, which he would hold until the end of the race to seal the championship.

The nature of the restart has now prompted Mercedes to lodge two protests with the FIA over the restart and result in Abu Dhabi. This was lodged within the required 30-minute time window after the race.

Mercedes added that it “will not make any further comment on the detail of that until the hearing has been conducted”. 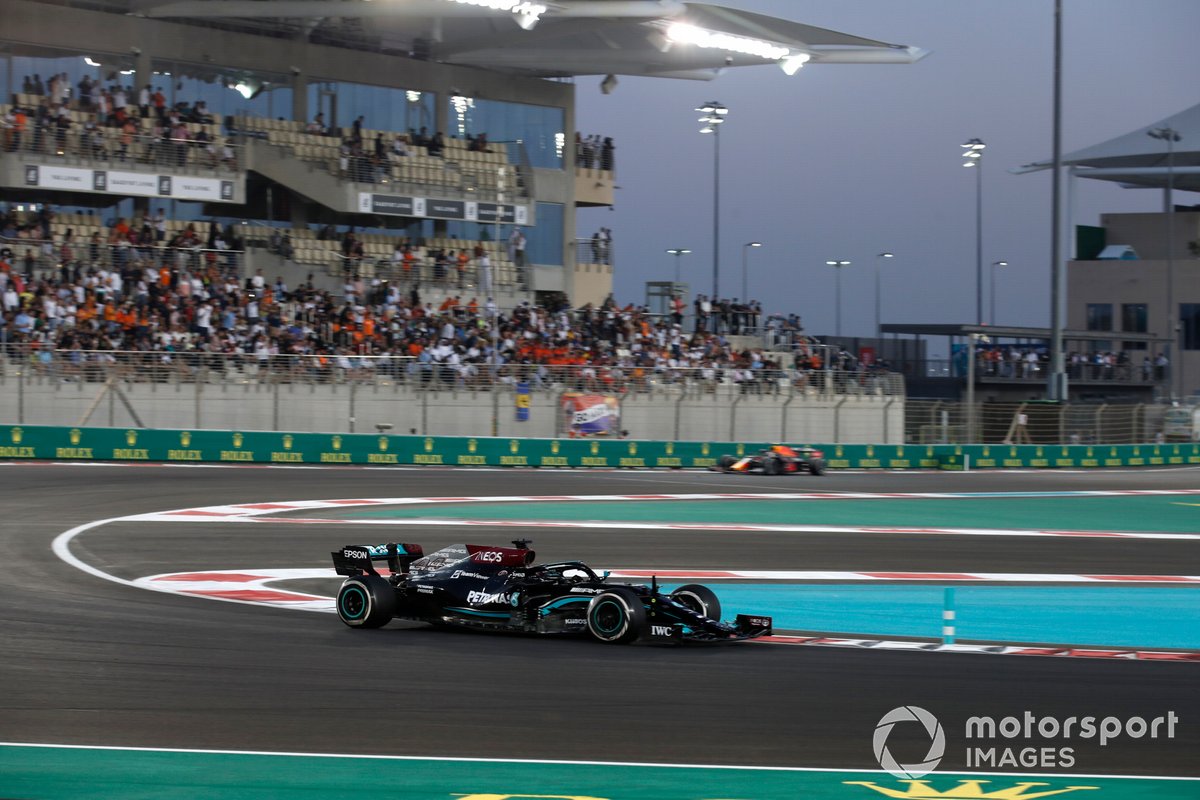 One protest surrounds Article 48.8 of the sporting regulations, which says “no driver may overtake another car on the track, including the safety car, until he passes the Line (see Article 5.3) for the first time after the safety car has returned to the pits.”

Verstappen appeared to pull alongside Hamilton approaching Turn 12 on lap 57 ahead of the restart on lap 58.

The second protest is based on Article 48.12, which says that “any cars that have been lapped by the leader will be required to pass the cars on the lead lap and the safety car.”

Race control gave the order for five lapped cars - Lando Norris, Fernando Alonso, Esteban Ocon, Charles Leclerc and Sebastian Vettel - to pass the safety car ahead of the restart, but Daniel Ricciardo, Lance Stroll and Mick Schumacher were not given the same call.

Asked for his thoughts on Mercedes’ protest in the press conference after the race, Verstappen said he had “not much to say about that” and that it “sums up a little bit the season”.