Mercedes has lodged its intention to appeal the stewards’ dismissal of its Abu Dhabi race result protest following the controversial end to the Formula 1 season.

Mercedes filed two protests with the FIA stewards at the Yas Marina Circuit over the race restart after Max Verstappen passed Lewis Hamilton on the final lap of the race to win the world championship.

The stewards dismissed both protests, including one of the resumption of the race with one lap remaining, but Mercedes has confirmed it has lodged its intention to appeal the decision.

“We have lodged our intention to appeal Document 58 / the decision of the stewards to dismiss the team’s protest,” said a Mercedes spokesperson after the race on Sunday.

It means Mercedes now has 96 hours to decide if it will continue with its action and formally lodge an appeal with the FIA’s International Court of Appeal.

Mercedes said in the hearing that race director Michael Masi had not followed the sporting regulations by resuming the race with one lap to go as the full restart procedure had not been completed, with not all of the lapped cars being allowed to pass the safety car.

But the stewards threw this out, claiming the article of the regulations Mercedes based its case on had been overridden by the call for the safety car to come in at the end of the lap.

It was the second protest to be dismissed by the stewards on Sunday night, after Mercedes also claimed that Hamilton had been overtaken behind the safety car by Verstappen. This dismissal is not subject to the intention to appeal. 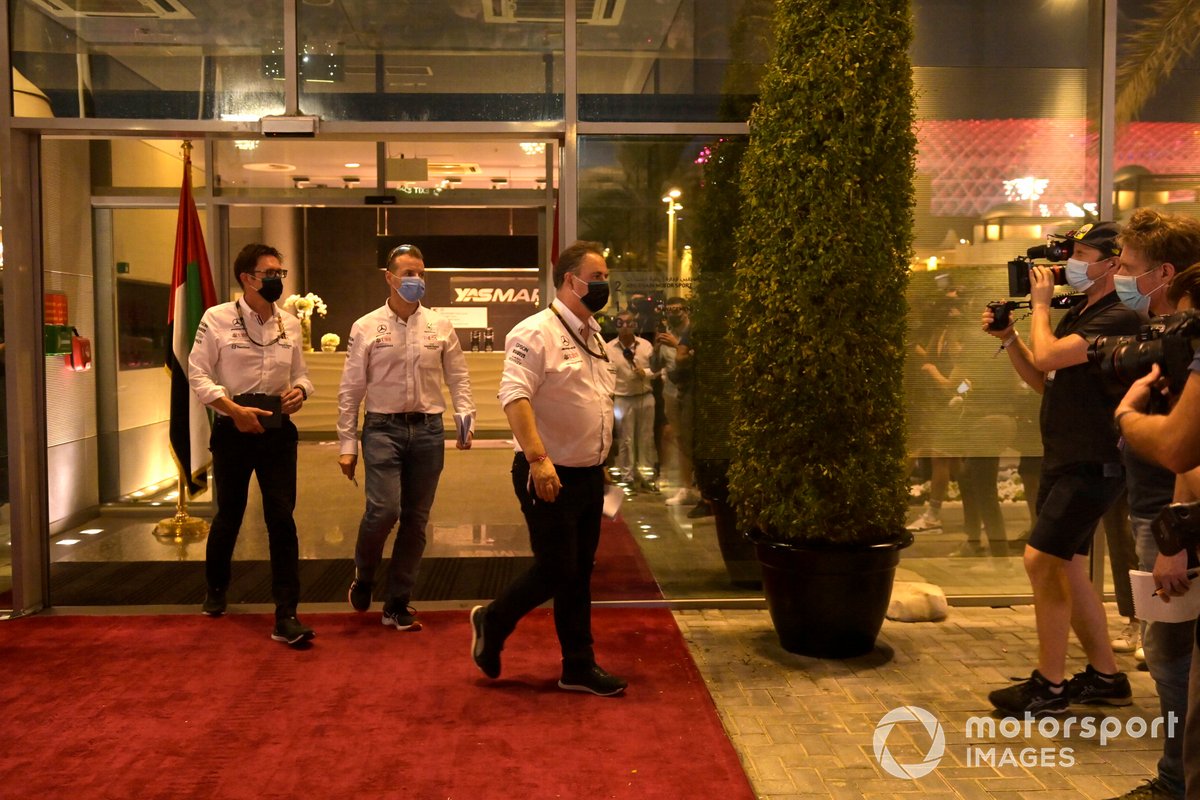 Red Bull F1 boss Christian Horner said after the race that the team “never wanted to end up in front of the stewards” after the championship had been decided, and called the move “desperate”.

Asked prior to confirmation of Mercedes’ intention to appeal if Red Bull could still celebrate tonight, Horner said: “If they appeal, they appeal.

“We’ll fight it in the appeal court and then in a legal court if they were going to go down that route.”

The FIA issued a final race classification at 12:06am local time in Abu Dhabi, but noted it was “subject to an appeal lodged with the ICA”.