The Briton had been forced to see team-mate Nico Rosberg take two victories earlier in the 2013 Formula 1 season before he produced a dominant performance at the Hungarian Grand Prix.

That triumph has put Hamilton firmly back into title contention.

Wolff reckons the intense focus that his driver put into turning his fortunes around will be undimmed when F1 bursts back in to action in Belgium this weekend.

"I have known him now for six months, and he is such a professional guy," said Wolff, when asked by AUTOSPORT what effect the Hungaroring triumph would have on Hamilton.

"He is so focused on the race weekends and his own performance, but I never had any concerns that [not winning] would cause any problems.

"A win is a win, and to have headed into the summer break with a win is always good. The team is upbeat, Nico is upbeat and this is the general spirit we have in the team at the moment."

Hamilton has openly spoken about how much he is relishing life at Mercedes, in a campaign that has silenced critics claiming his move to the Brackley-based team was a mistake. 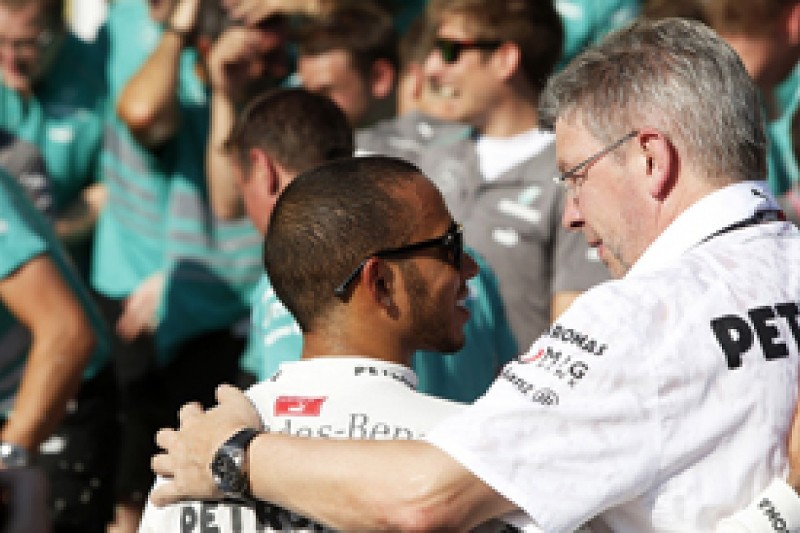 "It's been a really positive season for me," said Hamilton. "Everyone was talking me down at the beginning of the year.

"Some things were said about being the right or wrong decision, and that it was a mistake and all these kind of things.

"But the team and I have constantly proved everyone wrong, race by race.

"We're second in the constructors' championship, which is a massive boost. I feel privileged that I was able to contribute to that.

"We never would have thought we'd be in such a competitive position, still within shooting distance of both championships."