Mercedes trackside engineering director Andrew Shovlin believes that the latest updates for the W13 have “pushed the team in the right direction” at the Formula 1 British Grand Prix.

Mercedes headed to Silverstone with an extensive package that includes a revised floor, rear wing, sidepod inlet and front suspension.

The team also anticipated that the fast and smooth track would suit the car better than recent street venues, and that proved to be the case when Lewis Hamilton finished FP2 in second place behind Ferrari’s Carlos Sainz.

George Russell had a more difficult Friday and was eighth, but Shovlin was especially encouraged by the car’s race pace.

“Normally, we see a sort of gap of half a second, maybe even seven, eight tenths to the faster teams on a long run. And that didn't look like it was there. So probably a bit is the circuit, the circuit suiting the car.

“There's definitely a lot to work on. There's a lot of bouncing around and it's tricky in the high-speed at the moment. But hopefully the updates have sort of pushed us in the right direction."

Mercedes often pursues different set-up routes with its two drivers, and Shovlin confirmed that the two drivers did take their own paths as the day went on.

"The cars started identical today,” he noted. “And the big thing was we wanted to have a look at both of the tyres, so the hard and the medium. George had the hard tyre to start with in FP2, and he was struggling a bit with the grip on that, it is difficult, especially in these cooler conditions.

“And that set him back a little bit for the session. But then, if you look when he got on to his long run, it was actually coming together quite nicely. They did diverge a bit on set-up. But as I said, the long run pace on both looked pretty good." 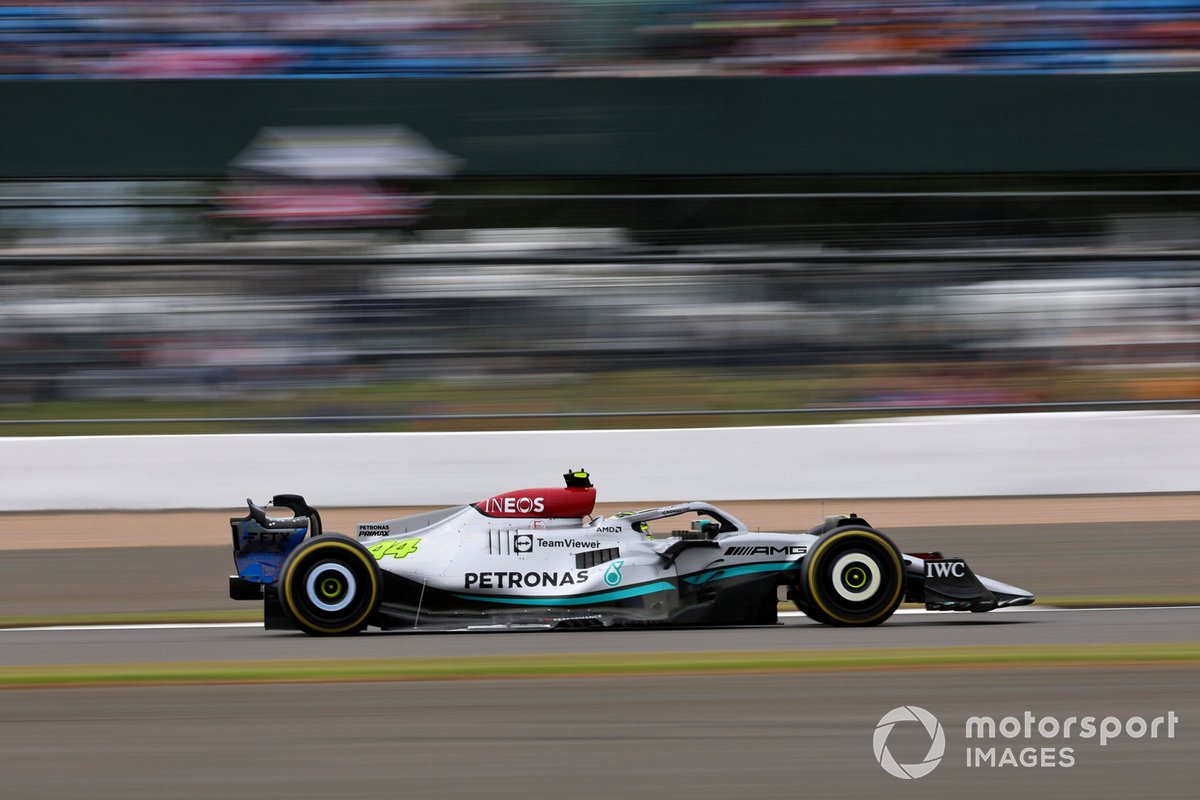 Shovlin added that the team had learned a lesson about making major changes heading into qualifying, and is unlikely to repeat that.

"We've tried everything over the course of the races,” he said, when asked if the team started with a high or low ride height and worked from there.

“I think what we've learned is taking big steps going into qualifying is not a great idea. Because if you get it wrong, you're saddled with it through quali, through the race.

“We were pretty aggressive with how we started here. And there might be a little bit more to come. But as I said, we've sort of done all of the things you said and we’ve not quite worked out which is the right approach to a Friday.

“There are circuits where the car works well. And given that we just had three pretty bumpy low speed street circuits, we've understood why we were struggling there a bit, so it's more that we're starting to know why it's good here, we know why it's bad there, and we can try and improve it."