Williams driver Russell was drafted in by Mercedes to replace Lewis Hamilton for the second Bahrain round after the reigning world champion tested positive for COVID-19.

The Briton led for the first half of the Sakhir race and held an advantage of eight seconds over Bottas after the first round of stops, before a communication issue during his second pitstop under the safety car and a late puncture dropped him out of victory contention to ninth at the chequered flag.

Shovlin says the team knew that Russell would be fast, but was impressed by the way he attacked when a high profile mistake would have been costly.

"Probably the thing that was least surprising was his speed in qualifying," said Shovlin.

"So that was not a complete shock to me, it was kind of what we were hoping to see, and what we were pleased that we did see.

"How he handled the pressure, that's the harder thing to really predict, how he's going to get on. But that was very impressive, actually, he really attacked the session.

"But clearly, he wasn't thinking about that for a second. He really attacked the session. He was confident, he was disciplined. He was methodical in how he approached each run.

"At times, we were under pressure with both drivers in the early part of it. And he stayed calm, and that was nice to see. He's clearly a very good racing driver." 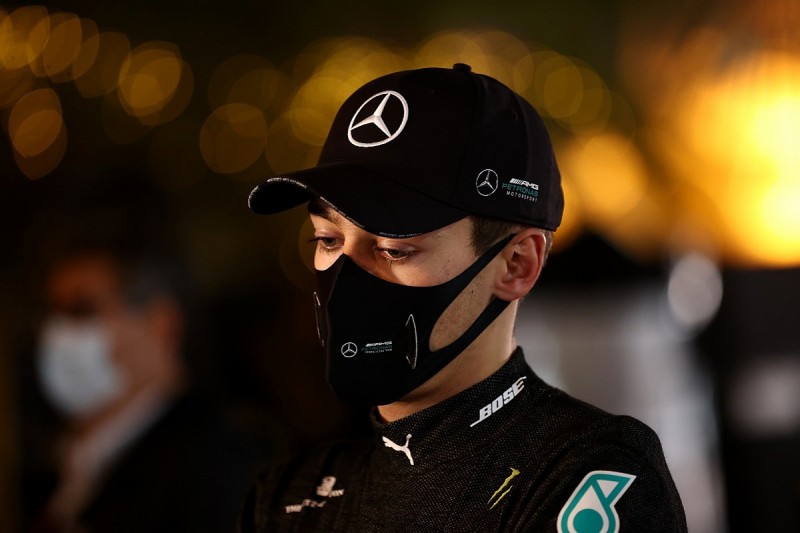 Shovlin says Mercedes tried not to "overwhelm" Russell with information ahead of his debut, and while he admits the W11 will be "easier" than the Williams, he notes Russell had to understand the greater window of performance it possessed.

"We were just trying to feed the information to him in a way that wasn't going to overwhelm him," he said.

"We weren't telling him things on Thursday night that he didn't need to know until Sunday morning.

"In some ways our car will be easier than the Williams that he normally drives because it's quite a nice handling car, there aren't any major vices, it's got good grip.

"So, in some ways that direction is easier. But the fact is the performance envelope of our car is much bigger.

"And you can brake later, you can get on the throttle sooner, you can be more aggressive with it, and the car will look after you and, and not catch you out as much as some others, and you can carry much more speed into corners.

"And it's just sort of understanding that. And it takes more than one race to really build up a sort of full appreciation of what the car can do.

Shovlin also concedes Russell's tall frame (he had to wear racing boots a size smaller than normal to fit into the W11's cockpit) meant driving the Mercedes would have been "painful", but he was "determined" to race the car.

The F1 sanity that left Russell with some Sakhir solace