Mercedes has no answer yet to what has gone wrong with its form at Formula 1's French Grand Prix, as it was left ruing "no performance" from its W13.

Having headed to Paul Ricard targeting a fight for the victory, Lewis Hamilton and George Russell were left further away from the front than they have been at recent races.

Hamilton, who ended up fourth on the grid, was nearly nine tenths adrift of poleman Charles Leclerc, while George Russell in sixth was more than 1.2 seconds off.

Mercedes boss Toto Wolff said his team was left scratching its head about why it was unable to deliver on high expectations, as a raft of experiments through the weekend failed to produce any answers.

"We were slowly but surely working our way back to the frontrunners," said Wolff about Mercedes' recent progress.

"There were good signs at Silverstone and then we went to Austria, at a track where we were normally not competitive at all, and we could clearly see the signs why we were not competitive. But we were close. It's a one-minute circuit and we were three tenths off, which was acceptable.

"Then we brought quite a nice update package to Paul Ricard, the track is smooth, off we go. Let's hunt them down! And no performance. Like, no performance. And we can't figure it out. 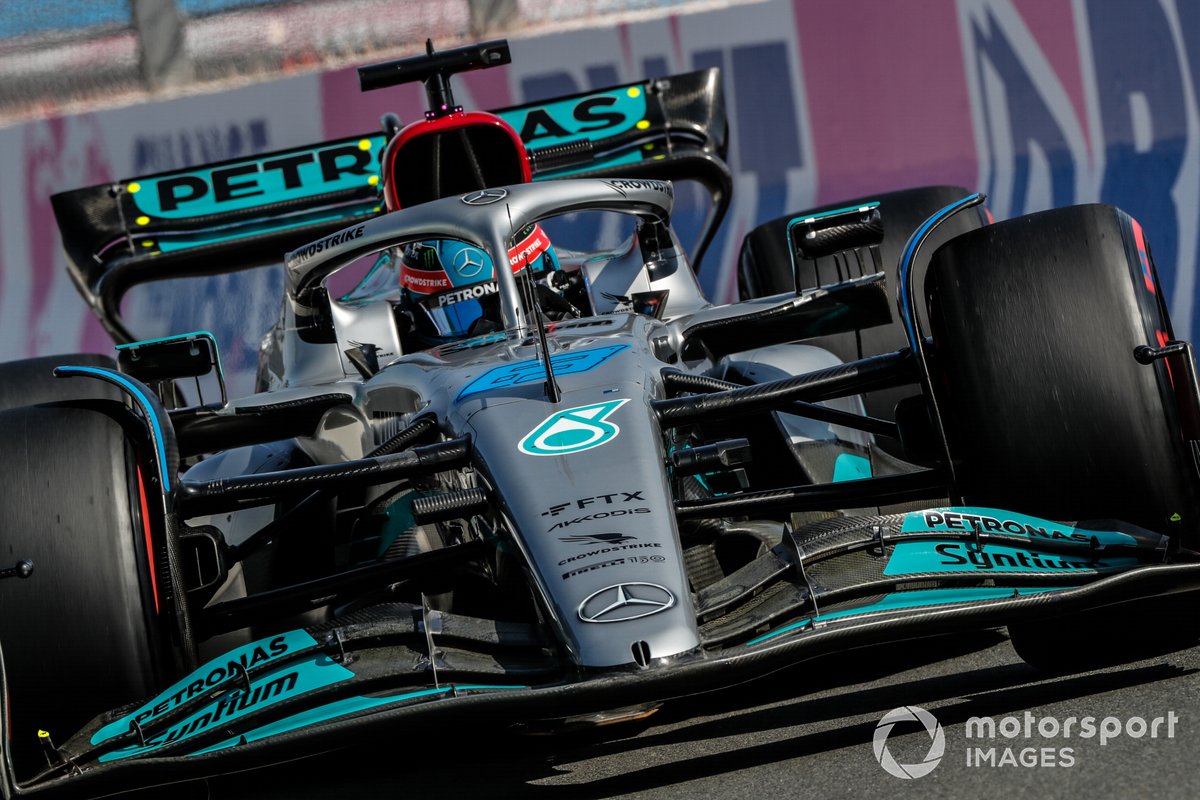 "We can't figure out what went wrong. We experimented with rear wings, from almost the biggest we have, which Lewis described as dragging a parachute behind him this morning, to a smaller version, which makes us lose too much speed in the corners.

"Then we're experimenting with tyre temperatures. And can see the gap to Verstappen. If you told me we would end up between seven tenths and 1.1 seconds off, that's a bit of a slap in the face."

Mercedes was especially slow in the twisty final sector at Paul Ricard, but equally did not gain much on its rivals on the straights – which perhaps suggests the W13 could have an aero efficiency weakness.

Asked about that being a potential explanation for its form, Wolff said: "I wouldn't know whether it's the aero map per se, but what we're seeing is that within one session, we go from totally uncompetitive in the first sector, to the second run in Q3 where we're the best in sector one.

"Clearly there's something happening, whether it's wind affected or tyre dependent, that is just not working on our car. The car is on the edge. And between hero and zero, there's just a super fine margin that we don't seem to understand."