Ross Brawn is to leave the Mercedes Formula 1 team at the end of this year, with confirmation of his departure expected imminently

Following months of speculation about whether or not Brawn would stay in his role as team principal for another year, sources have told AUTOSPORT that an immediate handover to the new regime has now been agreed.

Rather than remain on board to help with preparations for 2014, Brawn has instead elected to ensure a clean transition for the team so will step away from it completely.

He had made it clear for several weeks now that he would only remain with Mercedes if he maintained full control of running the team.

Mercedes non-executive director Niki Lauda had said last month that he hoped Brawn could be persuaded to stay, with a final decision having been due in the days after the Brazilian Grand Prix.

"I am trying everything I can to encourage and motivate him to stay. I am the one who asked him to stay," said Lauda.

"I want him to do it but it is not my decision, it is his decision. If he stays he will be team principal - nothing else - or he will retire."

An official statement about Brawn's departure and the team's plans for 2014 is expected imminently, and could come as early as Thursday.

Brawn had gone into this season involved in the planning process of an eventual handover of power at Mercedes. 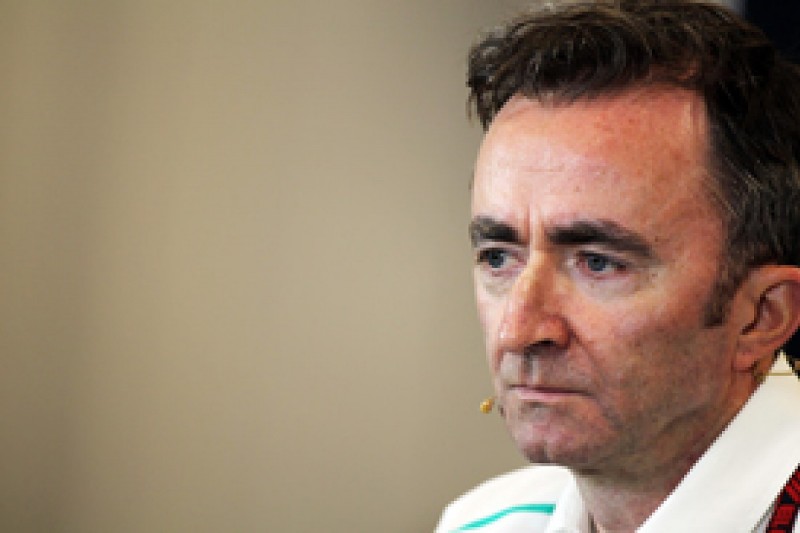 The main decision to be made was how long Brawn wished to remain on board before deciding to put a new management structure in place.

Former McLaren technical director Paddy Lowe (pictured) was singled out as the man most likely to take over, but it is more likely the team will be restructured without a single figurehead.

Instead the team's executive directors Lowe and Toto Wolff are set to divide responsibilities across their areas of expertise.

It is not clear what Brawn's long term plans are, nor whether he will retire from F1 completely or return with another team.