Mercedes suffered an early setback in the opening session of the Bahrain Formula 1 pre-season test after being forced into a gearbox change in the first hour.

Valtteri Bottas was due to rack up the laps in the Mercedes W12 on Friday morning at the Bahrain International Circuit, completing the early session before handing over to Lewis Hamilton for the afternoon.

But Bottas could only manage an initial installation lap for Mercedes before the team discovered an issue with the gearshift on the transmission.

Mercedes put up the sight screens in front of the garage - only permitted when there is an issue on the car - and confirmed in a short statement that it was a gearbox issue.

“We have a gearshift problem and are swapping the gearbox to get back out on track, then will diagnose the problem with the original box,” the team said.

It is expected that it will take around 45 to 60 minutes for Mercedes to complete the change before Bottas can get back out on-track, marking an early setback given the limited testing time this year. 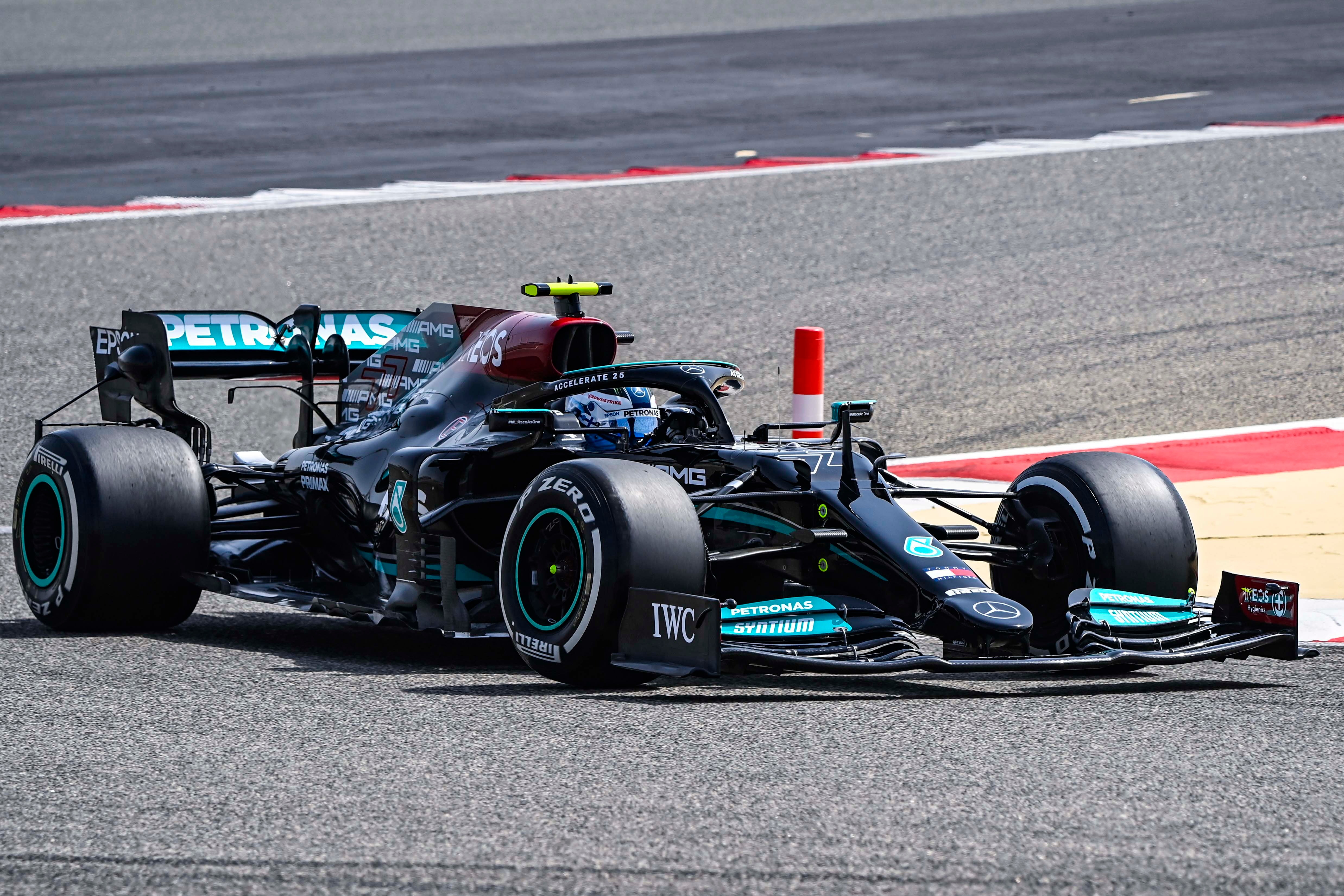 Teams have been limited to just three days of pre-season running in 2021 following the carryover of the cars in the regulations, meaning drivers should get a maximum of 12 hours of running each.

Earlier, Mercedes revealed the floor design of the W12 car that fuelled intrigue at the launch event when it moved to hide its concept.

All 10 teams were able to hit the track for at least one lap during the first hour of running in Bahrain, with Alfa Romeo’s Kimi Raikkonen setting the early benchmark with a lap of 1m34.686s.

Charles Leclerc notched the most laps in the opening hour for Ferrari, racking up 17 with a variety of rakes and aero sensors attached to the rear of the SF21 car.

A number of drivers had lock-ups at the heavy braking points, with Red Bull’s Max Verstappen having the only major moment when he had a half-spin exiting Turn 2. The Dutchman was able to catch the car and avoid touching the gravel before continuing.