Mercedes: Ferrari's 2019 F1 power advantage has been up to 50bhp

Although Mercedes has successfully captured its sixth straight drivers' and constructors' championship double, it has faced a tough time overcoming its rival's straightline performance advantage in races.

While some of that gain is from Ferrari's aero efficiency, there has been little doubt that it has produced the strongest engine in F1 this year.

Asked to offer some insight into what kind of margin Ferrari had over Mercedes in this regard, Wolff told Autosport: "It fluctuates. What we have seen is it is up to 50bhp difference. And the tendency is that it is rising."

Key for Mercedes has been trying to understand where Ferrari has had the edge, and Wolff thinks his team has the answers for what it needs to do to catch up in power terms in 2020.

"If we take all measures that are necessary, we should be able to have a balanced competition in the power unit area again," he said. 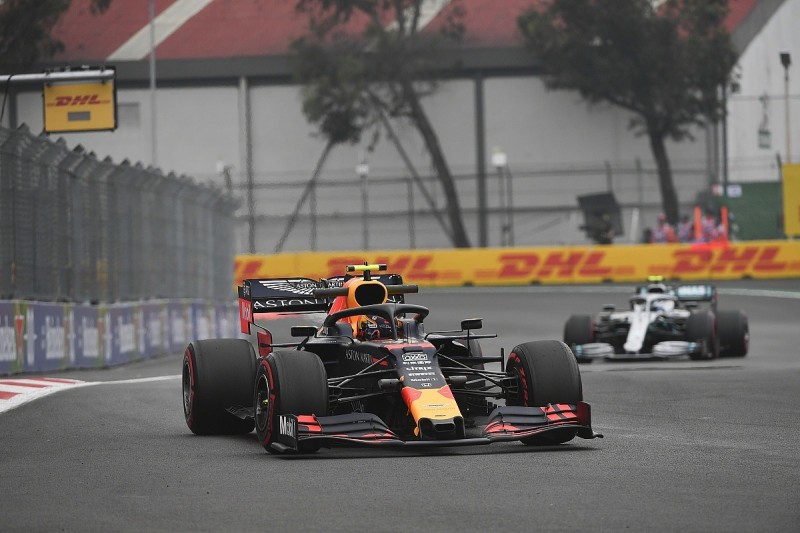 Wolff also thinks that Honda's progress has been rapid this year, and believes that in the high altitude of Mexico last month Red Bull's engine supplier was actually better than the Mercedes over a single lap.

"It varies from track to track," he said about Honda's power versus Mercedes.

"In Mexico I would have even thought they had a little advantage in qualifying.

"But that was because of the altitude. Our architecture isn't optimised for that one outlier."