Ferrari and Mercedes have both denied a suggestion in the paddock that current Formula 1 manufacturers have delayed the 2026 regulations to make life more difficult for Porsche and Audi.

The two VW Group brands are on the verge of formally confirming their entries to the series, with Porsche set to join forces with the Red Bull Powertrains project, and Audi building its own PU and planning to take over Sauber.

However, neither company wants to make an official commitment until the definitive 2026 rules have been agreed and published by the FIA.

Porsche had intended to make an announcement on Red Bull’s home ground in Austria this weekend, but the Stuttgart manufacturer had to postpone its plans pending further progress on the rules.

Key discussion points for 2026 include concessions for new entrants in areas such as extra dyno usage relative to the established marques.

Some paddock sources have suggested that the current manufacturers are in no hurry to have the rules rubber-stamped as any delay makes life more difficult for Porsche and Audi, giving them less time to prepare.

However both Mattia Binotto of Ferrari and Mercedes boss Toto Wolff highlighted their agreement to drop the MGU-H – a key Porsche/Audi requirement for 2026 – as a sign of how they are willing to encourage the new entrants.

"We are very positive that Audi and Porsche are joining F1,” said Binotto when asked by Autosport about the suggestion that current manufacturers are delaying the regulations.

“We are very positive because it's great for F1, it's great having more manufacturers. And it's great to have VW Group within our business and our F1 racing championship.

“So I think we've done whatever we could to try to adapt to make sure that they were happy. We removed the H, we did it only to try to help them joining F1, and believe that for us removing the H is something which is not maybe the best choice.

“It's a compromise because it’s a technology that we know pretty well. It's a very high efficiency technology, which is great for F1. So I think that overall again, we are very positive and constructive.

“So now, why is taking so long? Because it is the time which is required to do these things properly. And simply we are not ready right now. Not only us as current manufacturers, but the FIA, because they are the ones who are leading the discussions.

“And as well I think for Audi and Porsche, the current regulations are not ready yet. They are still open points. And those open points simply need to be tackled and discussed and agreed." 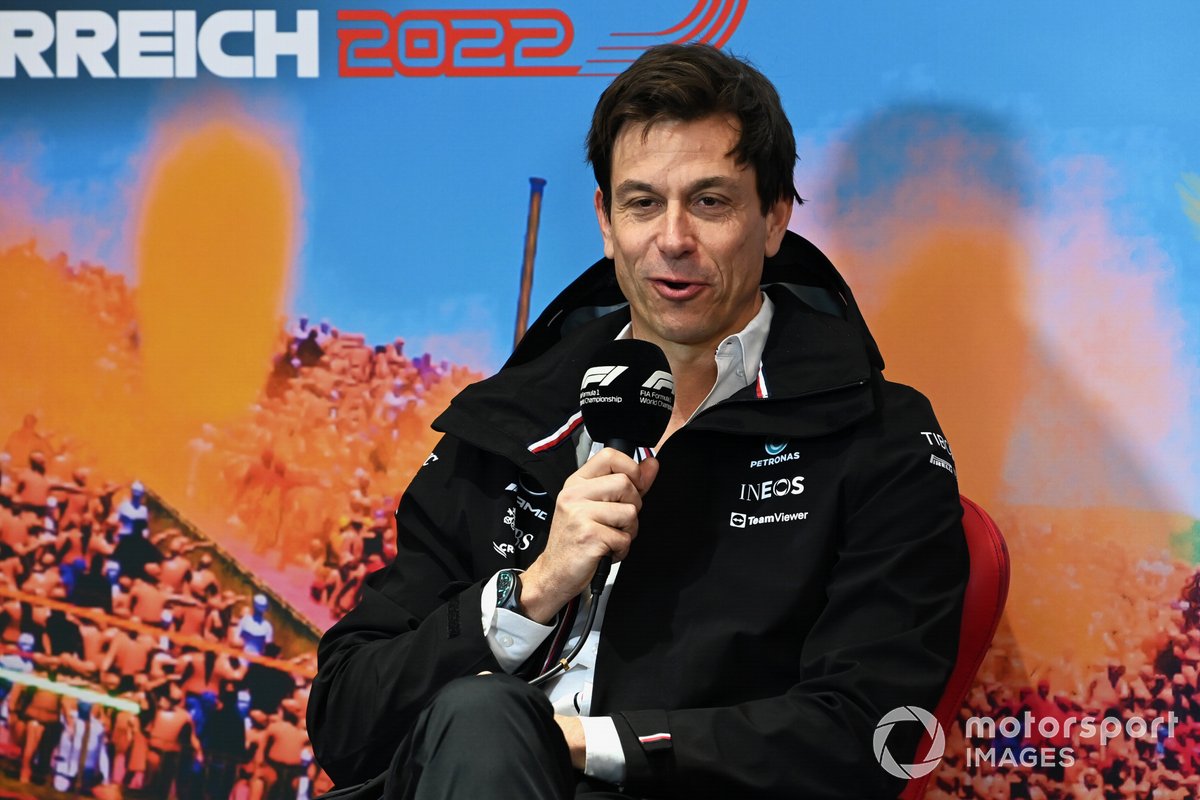 Wolff insisted that Mercedes also wants to see a final set of rules, adding: "On the contrary, we don't want to delay those regulations, but we want to have them in place,” said the Austrian.

“We have given the H, which was a massive thing to accommodate the newcomers.

“And anyway, it was said to us that by the end of the year [2021], we're going to have the confirmation that they're joining the party. That confirmation hasn't been given until today, I don't know why.”

Wolff suggested that the new entrants are too focussed on final confirmation of the rules: “This is an environment where regulations will change all the time, so you can't make it regulation-dependent.

“We’ve made big steps towards them. And then let's make those final steps on the regulations. It's more the detail, and it doesn't matter if we discuss 50 dyno hours up and down for a newcomer.

“But we'd like to have them part of the show. They've been sitting on the table negotiating those regulations since a while, but not committed yet."