Mercedes fears that it will not be good enough to take on Red Bull at the next Formula 1 races at Imola and Portimao, despite its Bahrain Grand Prix win.

Lewis Hamilton turned the tables on pre-event favourite Max Verstappen with a masterful drive at Sakhir on Sunday, with an aggressive strategy and strong tyre management just being enough to keep his rival at bay.

But while Mercedes came out on top this time, it reckons that the characteristics of the Sakhir track tilted things in its favour – and the layouts of Imola and Portimao will be much better for Red Bull.

Trackside engineering director Andrew Shovlin said: “I don't think we're good enough in the high-speed, and there's plenty of that in Imola and in Portimao, and that's one area where they've got an advantage on us at the moment.

“Bahrain's quite an outlier circuit - it's very hard on the rear tyres, and it's been really windy here. We've had 30/40 km/h wind, which is pretty much the upper end of what you'd see in a normal race season.

“We're certainly hoping that this is not one of our finest tracks because we've really had quite a tough time, and I think we've got the car in a decent window by the end. But it's been awfully hard work.

“If you look at Red Bull through the test, through free practice, their car just works really well. They've not looked weak at any point. Hopefully, we'll find circuits that do suit us more than this.”

Mercedes accepts it is on the back foot against Red Bull at the moment, but still feels that there is potential with the W12 to close down any deficit it has. 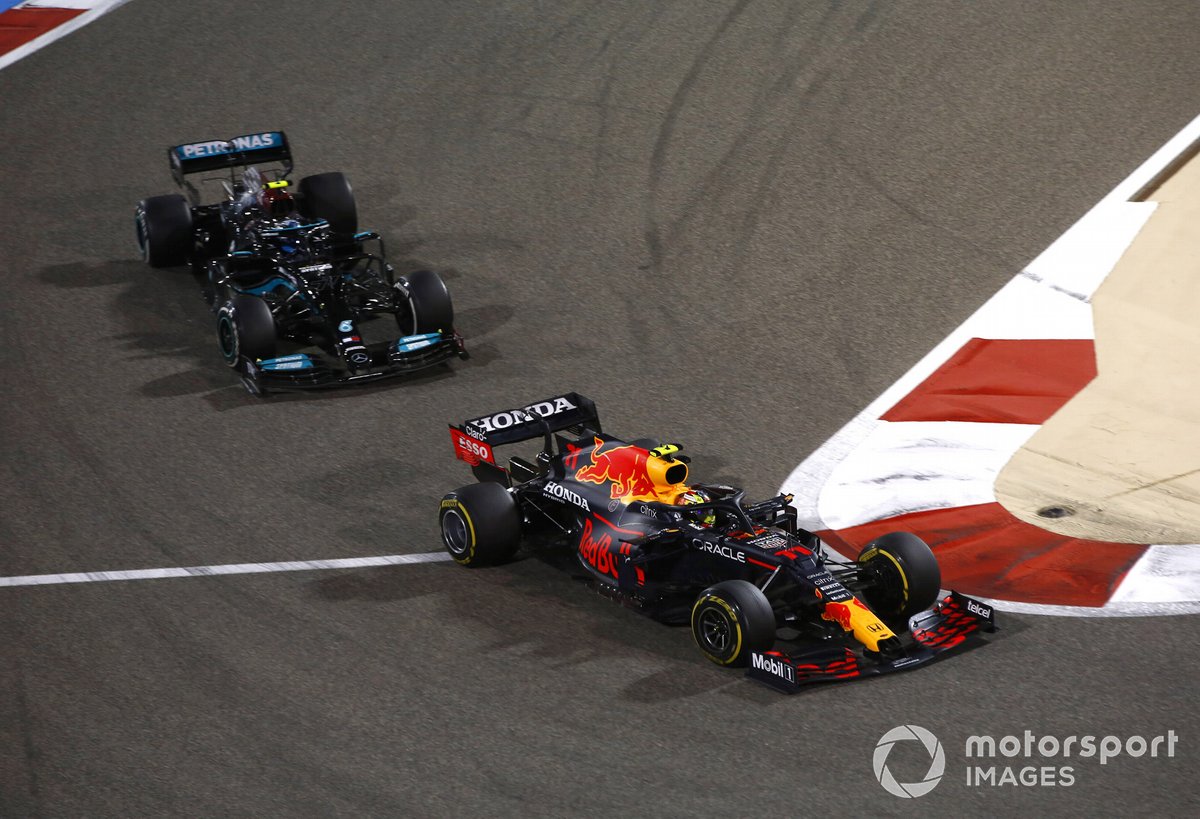 “When you develop a car, there's lots of areas that you look to exploit for performance and some of them we don't think have delivered everything that they should. So we're going to be working pretty hard to bring performance to the car in the next couple of races. But I think it's going to be tough.

“With those circuits, there's elements that I think will move us in the right direction . We have struggled with the rear end here in Bahrain and those circuits are a bit easier in that regard. But high-speed is something we wouldn't be naive in thinking that's going to be strength of ours at those tracks.”

Hamilton himself thinks that while Mercedes is competitive in races, Red Bull is currently in another class during qualifying.

“I think Red Bull’s pace is incredibly strong, as you could see,” said the world champion.

“We can’t match them in qualifying right now. That’s a big, big step for us but obviously I thought we could get closer in the race – but that was a little bit too close for my liking.

"One thing’s for sure, we’ll work as hard as we can to improve it.”