Although Lewis Hamilton and Nico Rosberg have been in a class of their own in 2014 - winning all four races - their bosses are adamant that the team cannot be comfortable with its form.

And ahead of a Spanish GP where every team will bring upgrades, Mercedes motorsport boss Toto Wolff says that just staying ahead of the opposition will not be good enough.

"Our aim must be to increase the advantage we enjoyed at the last race in China," said Wolff.

"We have seen already that our rivals are relentless in their efforts to close the gap.

"As a team, it is up to us to rise to that challenge: to take that relentless mentality to an even greater extent than those around us.

"If we are to build a sustained level of success in this sport, any small advantage must be seen as a platform upon which to build a bigger advantage."

Wolff has long believed that Mercedes' advantage at the front of the F1 field is not as great as some have suggested.

Speaking to AUTOSPORT after the Chinese Grand Prix, he reckoned that the German car manufacturer's dominance could come to a very swift end unless it kept pushing hard with development.

"I believe that this is an exceptional run and you cannot take it for granted," he said,

"In a couple of years we will be looking back and saying that was really great - four races in a row and three doubles in a row.

"But we have to keep our feet on the ground, and concentrate on developing the car further. 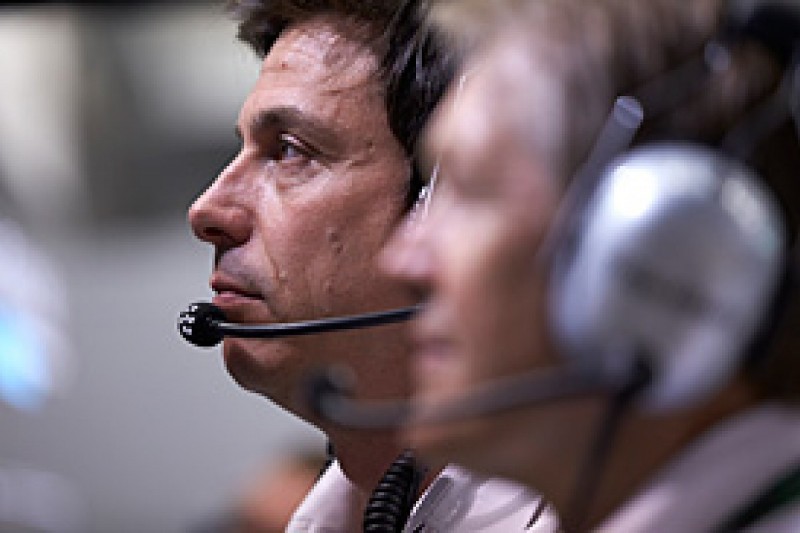 "You could see in China that some of our competitors were strong in some of the stints, and we have to analyse why that was not the case for the whole race.

"[Fernando] Alonso was strong in the first and second stint, and [Daniel] Ricciardo was strong at times.

"Plus it is still difficult to overtake, so when you get it wrong you can quickly end up in a situation where your comfortable lead is not a lead any more.

"You don't want to be caught on the back foot. So the kind of spirit we are trying to maintain is that we are not having a comfortable lead."