The number represents a slight drop relative to the £333.2m it spent in 2019, reflecting both a shorter race calendar and a general move by the sport to reduce costs.

Although the headline spending figure includes many items that do not come under F1’s new cost cap, it nevertheless indicates just how much the team has had to restructure to meet this year’s limit. The cap is pegged at $145m, or £115m, for 2021.

The figures also indicate that the team made it through the COVID-hit 2020 season in surprisingly good financial shape, with its turnover dropping only slightly from £363.6m to £355.5m.

That small discrepancy shows that while like its rivals Mercedes was hit by the overall drop in F1 income and hence payments to all teams, it still generated significant sponsorship income.

The numbers relate only to the costs of running the Brackley race team, and include a fixed £13m fee paid to the HPP division for the use of its engines, the same amount paid by other Mercedes PU users.

In his report on the year Mercedes F1 boss Toto Wolff noted: “In 2021 the team will continue to develop its financial sustainability, aided by delivering maximum competitiveness under the new financial regulations and by diversifying and leveraging the capability of the team through the Applied Science division.” 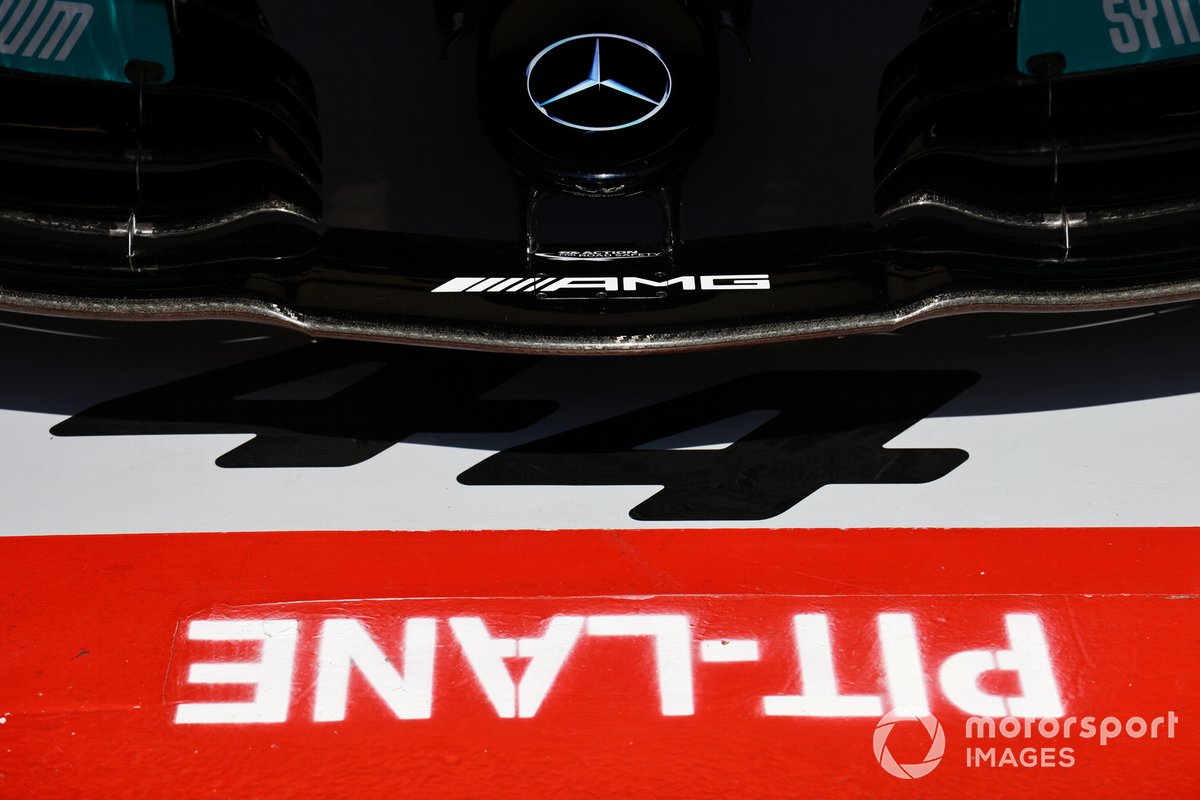 Mercedes W12 in the garage

Mercedes is pursuing several projects outside its main F1 business, including cycling and America’s Cup programmes associated with INEOS, the company that was announced as a one-third owner of the team in December. That shareholding transaction is still going through.

Regarding the ongoing impact of COVID-19 Wolff said: “Thanks to the range of revenue streams during the year, the company is still able to maintain profitability and to meet all financial obligations.

“A prudent approach will continue to be taken in regard to possible impacts on the business, and contingency plans are regularly reviewed to mitigate effects of the virus on the business.”

He added: “As a high technology business, the team can adapt competitively and commercially to changes in its operating environment and will continue to invest in its capability and culture to ensure medium and long-term success both on and off the track.”

Mercedes also made it clear that its F1 programme continues to have a positive impact on the company as a whole.

The company noted: “In parallel to the team’s success in recent seasons, the Mercedes brand has grown in value from $31.9 billion in 2013 to $49.3 billion in 2020, with F1 making an important contribution to the brand’s status as the eighth most valuable in the world.”

The team also pointed out that over the 2020 season it received 19.2% of the TV coverage – actually a drop from 23.6% in 2019 – and generated a cumulative Advertising Value Equivalent of $5.873 billion for its commercial partners.