Mercedes F1 team: No 'extra aggravation' with Bottas and Hamilton

Bottas secured his maiden F1 victory in the Russian Grand Prix, on a weekend where Hamilton struggled for pace and finished a distant fourth.

That result moved Bottas to 23 points adrift of championship leader Sebastian Vettel and 10 behind his team-mate.

Hamilton and former team-mate Nico Rosberg had a fractious relationship during their four years together at Mercedes, with the last three of those spent engaged in a private duel for the title.

So far, there have been few signs of that situation repeating itself, with Hamilton having said pre-season working with Bottas is already his best team-mate relationship in F1.

Though Bottas proved he has the potential to be in the title fight mix with his performance in Russia, Mercedes bosses do not feel there will be a repeat of the Hamilton and Rosberg tensions.

"They have not been hot so far," said Mercedes non-executive chairman Niki Lauda.

"They have been nice because the Finn is not talking much.

"There is no extra aggravation which we had last year.

"Lewis is a professional and the other one too, so I don't see any problems because he [Bottas] won this race.

"They respect each other, this is the most important thing." 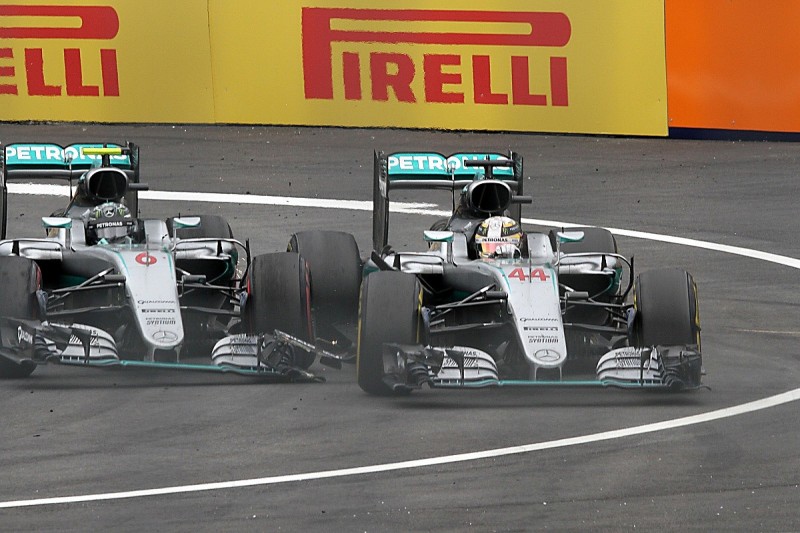 Hamilton and Rosberg were close during their karting years and time in junior single-seaters, but a number of on-track clashes meant that relationship became more intense while at Mercedes.

Mercedes chief Toto Wolff expects an intense fight between Bottas and Hamilton this season, but he insists the dynamic is very different to the one the team has endured recently.

"I think we could have a bit of a ding-dong in terms of going towards one and then the other," he said.

"Lewis had a really bad weekend and we just need to sort out the interaction between the car, the driver and the tyres.

"The relationship between the two of them is very intact. Lewis was one of the first ones to congratulate Valtteri on his first race victory and I think that shows the respect that they have towards each other.

"Nevertheless both are fierce competitors.

"They want to win races and fight for the championship, but I don't think it will affect the relationship and the dynamics in the team like it did in the last years with Nico and Lewis.

"That is a completely different relationship."