Hamilton was off the pace all weekend at the Sochi circuit, complaining of excess oversteer through the final sector of the lap in qualifying and the race, while Bottas was fastest in Q2, qualified close behind the Ferraris, and beat Sebastian Vettel to victory.

Triple F1 champion Hamilton finished a distant fourth, and struggled to explain his lack of pace afterwards, especially considering there were no major set-up differences between the two Mercedes in Russia.

Wolff said working on a solution for Hamilton's struggles would be a "big focus" for Mercedes in the upcoming races, starting with this weekend's Spanish Grand Prix.

"We have spent our time unpicking what happened to understand why we couldn't get the car in the right window so he [Hamilton] could feel comfortable with it," Wolff said.

"There are no magic bullets to understanding that, just a lot of hard work and attention to detail.

"We must give him the tools he needs to do the job in the next races and that will be a big focus for us." 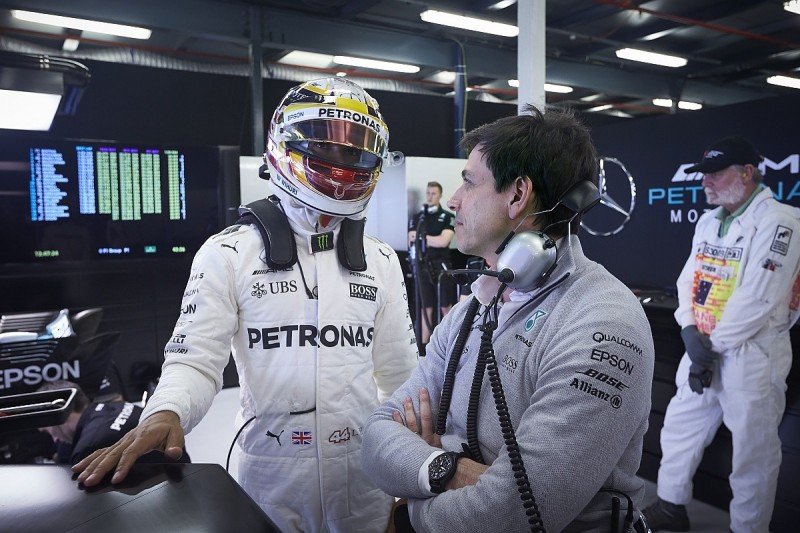 Wolff has spoken regularly this season about his team's difficulty in getting the W08 to work the new control Pirelli tyres consistently, as Mercedes battles to recover from a disrupted second week of pre-season testing while reducing the mass of an overweight car.

He says Mercedes will need "24/7 shifts" to beat chief rival Ferrari, which has started the season strongly with a car that has performed consistently well through each of the first four races of the campaign.

"The prevailing feeling is that there is lots of homework to do to come back stronger with a car that can perform on a consistent level every weekend," Wolff added.

"I have the feeling that we are moving in the right direction, but we need 24/7 shifts to achieve our ultimate targets.

"Barcelona will be interesting as our pre-season was not spectacular in Spain. It's a very different track to Sochi and we'll be running with harder tyres.

"We are taking this season one race at a time. If we deliver the best possible work from Friday onwards, then we'll be ready to win and fight with Ferrari."