While his team-mate Valtteri Bottas was just 0.045 seconds shy of pole position as he qualified third, Hamilton was only 14th in Q2.

"We couldn't get it [the set-up] right on Lewis's car, therefore he had a disastrous qualifying," Lauda told Sky Sports after the session.

"Bottas's car was better, very close to the second place. With him we're happy, with Lewis, not at all.

"We have to analyse it, check carefully what the difference is between the two cars and why the whole set-up worked on one car and not on the other."

Hamilton had to save big moments at Massenet and Casino Square on separate flying laps in Q2, and then aborted his final lap of the segment when Stoffel Vandoorne brought out yellow flags by crashing his McLaren at the Swimming Pool. 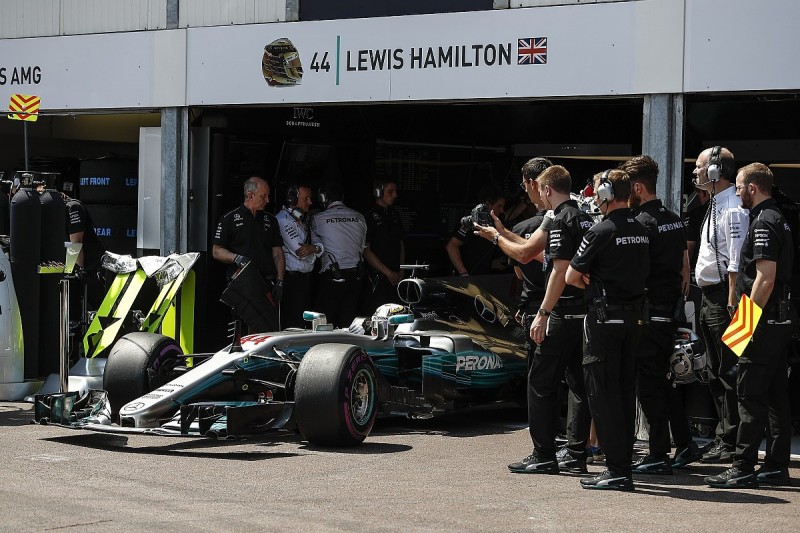 Asked how his qualifying without the Vandoorne incident, Hamilton told Sky Sports: "I think I would have struggled.

"That lap may have just got me into the top 10, and then I probably would have struggled to be in the top five with the pace that I had, with whatever issue I was having in the car.

"But it's great to see Valtteri was able to extract the performance of the car, it shows we're not terrible here.

"We'll just have to figure out why I couldn't be up there with him."

Hamilton admitted he was at a loss over his lack of pace.

"I don't know, I've not spoken to the guys so I can't really pinpoint it at the moment," he said.

Mercedes team boss Toto Wolff added: "You could see even from the TV pictures that Lewis was struggling with the car and nearly lost it a couple of times.

"We don't know at the moment what went wrong: we took a false turn with the set-up on Thursday and, since then, although we tried to retrace our steps, we never got it back on track for him.

"Of course he was unfortunate with the yellow flag for Vandoorne in Q2, as he was on course to make it through the session, but the car never felt good for him after FP1 and that made it tough to put together the laps."