Mercedes F1 driver Bottas has 'no answers' for Spa struggle

Valtteri Bottas is at a loss to explain why he struggled for pace at the Belgian Grand Prix, as he dismissed suggestions he just got his set-up wrong

The Finn endured a difficult weekend at Spa-Francorchamps and finished the race fifth as he found himself unable to match team-mate Lewis Hamilton, who won from pole.

Bottas said his form in the race was hurt by a simple lack of traction, which contributed to Daniel Ricciardo and Kimi Raikkonen jumping him at the safety car restart.

"Initially in the first stint, it felt like I was lacking a bit of pace, like the whole weekend," he said.

"It was difficult to see exactly where I was losing out.

"The second stint seemed okay on the soft tyre, and pace-wise I was matching the guys in front, even catching up a little bit.

"I could see when I was behind Kimi that out of the last corner and out of Turn 1 I was definitely losing out on traction quite a bit."

Despite theories that his weekend was the result of his W08 falling out of its narrow set-up window, as Hamilton has had happen to him several times this year, Bottas was not convinced that was the issue.

"I don't think so, because we were more or less similar with the setup to Lewis, and he was performing well all weekend," he explained.

"Also the first stint with the ultra-soft his pace was pretty good.

"I wouldn't put it down to set-up.

"Honestly, at this point, I have no idea and it's something I need to look at carefully before next weekend."

The Spa weekend was the first time this season that Bottas had endured such a difficult weekend, and he said it was "a great opportunity for me to learn a lot because I've been on the back foot the whole weekend".

'Too early' for Mercedes to back Hamilton 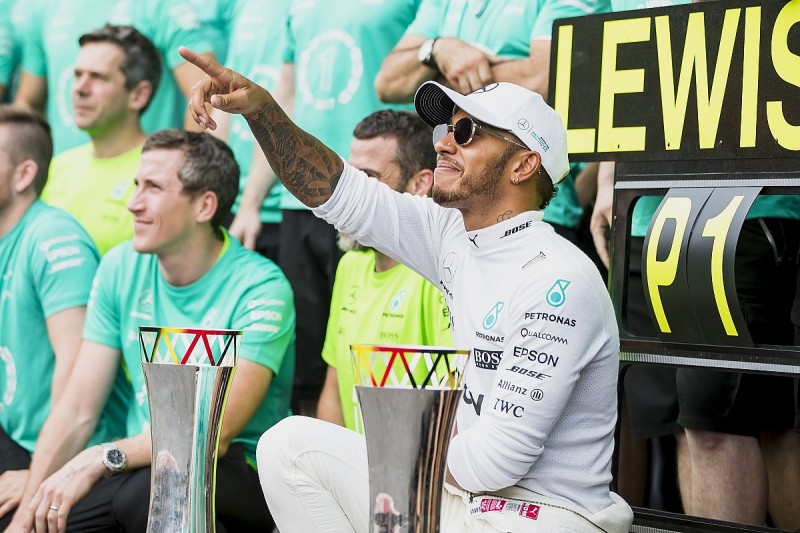 Having fallen to 41 points behind leader Sebastian Vettel, and 34 points behind team-mate Lewis Hamilton, Bottas was asked if he expected Mercedes to implement team orders.

Bottas said it is too early to rule him out, and insisted his title hopes remain very much in his control.

"If I perform well, if I manage to get the pole position and escape then it's in my hands as well," he said.

"I don't think it that way, I don't let those negative things come to my mind.

"For sure at some point I understand if the team wants to really go for the championship, really make sure that at least one of the guys wins it.