Mercedes boss Toto Wolff says that overhauling Ferrari to finish second in the Formula 1 world championship this year matters less than getting back to winning ways later this season.

The German manufacturer appears to have turned the corner on its early campaign troubles as it bagged a second double podium finish in a row at the Hungarian Grand Prix.

Lewis Hamilton recovered from a DRS failure in qualifying to take his second successive second place finish, while George Russell completed the podium after starting from pole.

With Ferrari enduring another torrid afternoon, as title contender Charles Leclerc slumped to sixth and Carlos Sainz finished fourth, Mercedes has closed to within 30 points of its Italian rivals in the constructors’ championship.

Based on its current trajectory, Mercedes has a good chance to overhaul Ferrari and finish behind Red Bull this season – but Wolff says that such a feat is not of much interest.

Instead, he says that of greater importance to him is the ability for Mercedes to take another performance step and start delivering race wins on pace.

“Second, first loser,” he said, when asked about the chances of now beating Ferrari this season.

“For me personally, whether second or third in the constructors' world championship is not so relevant compared to really racing and being at the front and developing the car so we can win races on merit.

“Beat the Ferraris, beat the Red Bull and prepare for next year rather than really care about the championship position.” 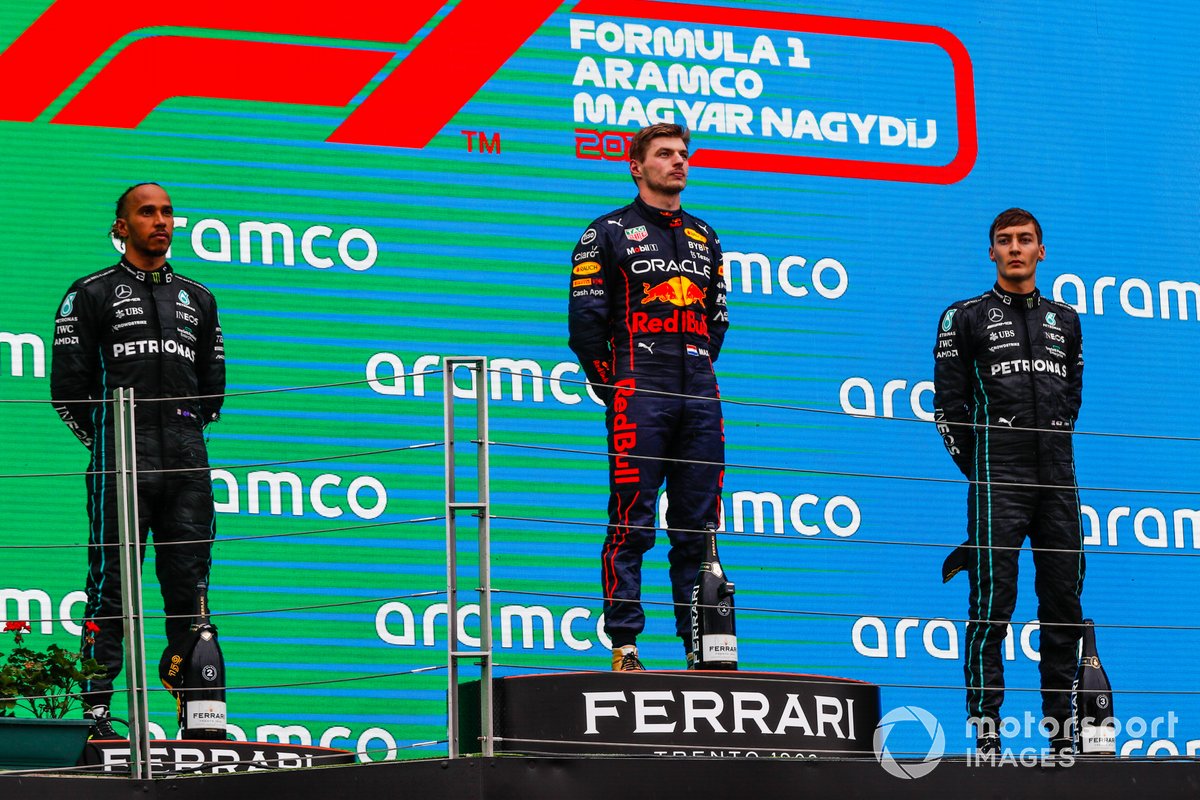 Hamilton’s runner-up position at the Hungaroring means that he has now finished on the podium more times than early championship favourite Leclerc – showing the level of progress that Mercedes has made.

But Wolff, again, says that being among the frontrunners is not something that his team wants – it is about being in front.

Insight: 10 things we learned at the 2022 Hungarian Grand Prix

“I would have rather had more wins and less podiums,” he said.

“We are humbled, but we are striving for race victories rather than second and third. But if they are on merit like today, then it's a good step forward.”

Wolff reckoned that beyond the Hungary result, the amount of understanding it has taken away from its topsy-turvy weekend will be helpful in pushing it forward over the second half of the campaign.

“It was a difficult weekend overall, because the suffering of Friday was just big when we didn't really know which direction to look at,” he added.

“Maybe getting it so wrong on Friday was helpful in getting it very right, almost completely right, on Sunday.

“I think we have a lot of data to look at, a lot of positiveness from the last weekend in France and here, and that we can build on for the second half of the season.”