Getting a first Formula 1 test while fighting for the DTM title shows motorsport can be "crazy", says Lucas Auer

Auer is currently Mercedes' lead DTM title contender in his third year in the series, currently sitting two points behind Audi's Mattias Ekstrom going into this weekend's Moscow Raceway round.

He was a contemporary of Max Verstappen, Esteban Ocon and Antonio Giovinazzi in Formula 3.

"To be honest, it is incredible," Auer told Autosport when asked about the growing interest around him.

"It is just crazy this motorsport world because things can change so quickly.

"This year I had a pretty good start to the season and, as the youngest DTM driver and with teams looking for somebody, Force India with the Mercedes engine fitted very well."

Auer took his first DTM race win with Mercedes' satellite Mucke Motorsport team last year and was kept on when it slimmed down to a six-car HWA-run line-up this season.

He hopes he can emulate Paul di Resta, Pascal Wehrlein and Ocon in using the DTM as a springboard to F1, but still sees that as a long-term project. 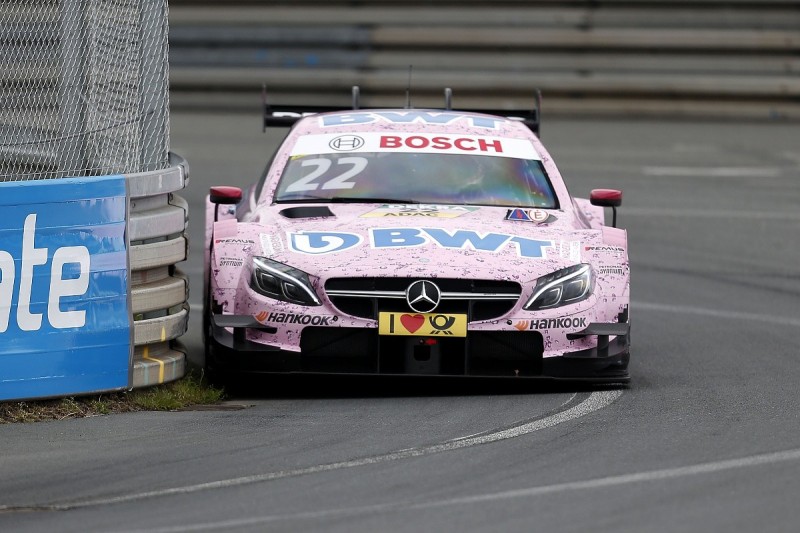 "In my first year in DTM I had to learn, as everybody saw Pascal had to do as well, and it is very difficult for a young gun," Auer said.

"Last year being with a customer team and winning a race, that was my breakthrough.

"It is no secret that if you impress in those [F1] tests, this is a good plus point for you and your career.

"Esteban did a great job there, so it was right to sign him up.

"Pascal and Paul also showed it is possible to go from touring cars to F1, but for me it is quite early.

"I have to be happy I get a test, and it is also an opportunity to do well.

"Let's see what else will happen. But first you have to do a pretty impressive job in DTM to get somewhere else."