Mercedes’ move to introduce its biggest upgrade package so far of the 2022 Formula 1 season will not provide a “silver bullet” to fix its early struggles, reckons George Russell.

The eight-time constructors’ champion team has fallen behind Ferrari and Red Bull at the start of the latest ground-effect era as it contends with significant porpoising.

For the first time since 2011, it is yet to score a race win or pole position from the opening four rounds. Lewis Hamilton (Bahrain) and Russell (Australia) have chalked a podium apiece but only after unreliability eliminated defending champion Max Verstappen, who was ahead in both events.

For the inaugural Miami Grand Prix this weekend, though, Mercedes has introduced a more efficient front wing endplate plus lower downforce, smaller rear and beam wing designs to adapt to the long back straight and high-speed sweeping second sector.

These new parts mark its most significant update to the W13 since the minimalist sidepods broke cover for the second pre-season test in Bahrain.

Russell has tempered expectations over an immediate performance gain, however, but reckoned the revised parts would give Mercedes its best indication to find a solution in the longer term.

He said: “We've got a few things to try this weekend. I don't think it'll be the silver bullet.

“But it's definitely going to give us a much better indication of the direction we need to take in future events.

“These past couple of weeks and months since day one really have been vital into understanding the problem and developing the tools to be able to find solutions. 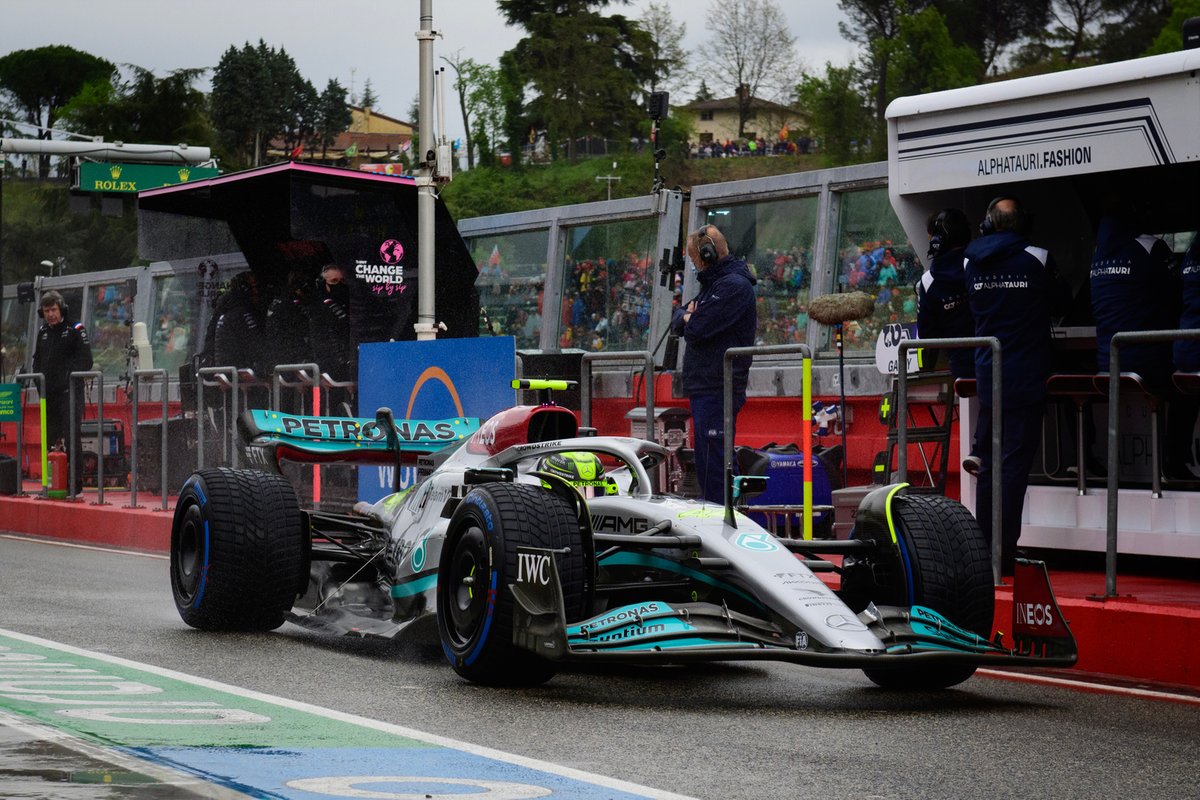 Hamilton has said the W13 “is not far off” the 2009 McLaren - the machine in which he won twice to end his first title defence in fifth - as the worst F1 car he has driven over a season.

Asked if he expected the upgrades in time for Miami to close the pace to the leading Ferrari F1-75 (adapted rear wing for Miami) and Red Bull RB18 (no new parts), Hamilton replied: “I don’t anticipate much change in that sense.”

But the seven-time champion reaffirmed the work ethic of the Mercedes team at Brackley, saying: “You can expect that we will be giving it our all and trying our best.

“There's been a huge amount of work going on in the background. Everyone working as hard as they can.

“We've got a new rear wing, for example.

“So, I'm just grateful for everyone continuing to keep their heads down, and for the amazing hard work that everyone is putting in.”