Toto Wolff has denied that the FIA's push to ensure equal treatment for Formula 1 engine customers was aimed at Mercedes, insisting Force India and Williams have always had parity

The FIA recently sent a technical directive to all F1 teams reinforcing the existing requirement for engine suppliers to give identical hardware to their customers by insisting that henceforth all cars also have the same software and operating conditions.

Customer teams now also have to receive identical fuel and oil specifications to works cars, unless they have opted for a different supplier.

Some paddock insiders have suggested the FIA's move is aimed more at Mercedes than Renault or Ferrari, with Red Bull team principal Christian Horner even telling the media to "ask Claire Williams" where the impetus for the clampdown came from.

But Wolff is adamant that neither Williams not Force India have lobbied the FIA on the subject.

"I don't think any of our customers was pushing for it," Wolff told Autosport.

"It's not relevant for us, because the rules have been in place for a while that you must supply the customers with the same hardware and software from a power unit standpoint, and we've always done that." 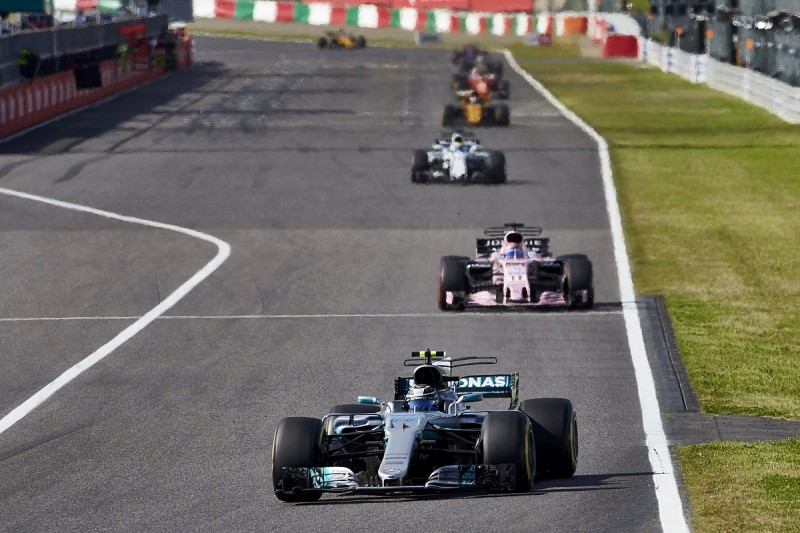 Wolff insisted that Force India and Williams have always had the same operating conditions as the works team, such as access to special qualifying modes.

"Identical modes for the customers and us," he said. "There has never been any difference.

"They have the same mileage allowance as the works team, there is no difference whatsoever.

"That's why we have no problem with that. If there is any suspicion out there, it certainly wasn't anything that would have any consequence for us.

"We have the belief that sharing modes and engine calibration among six cars triggers a steeping learning curve for us than running different engine specifications between the customers and the works team."

Wolff also insisted that the customers are never a step behind on Petronas fuel specifications.

"No, never. It's the same philosophy again," he said.

"We're all using the same fuels, because we're calibrating our engines on one spec of fuel."