Mercedes insists that current struggles with the reliability of its Formula 1 power units are nothing to do with the departure of its former F1 engine chief Andy Cowell.

The world champion outfit is facing a difficult end to the 2021 campaign as it juggles concerns about the durability of its internal combustion engines (ICE).

Valtteri Bottas is already on to his sixth ICE of the season and will serve another five-place grid penalty for today's United States Grand Prix.

Mercedes says there are no guarantees that Lewis Hamilton will make it through to the end of the season without needing a fifth one, having served a 10-place grid penalty at the Turkish Grand Prix last time out.

While that would trigger another grid drop for the Briton, Mercedes’ biggest worry is that if an engine does fail in a race then it could wreck his F1 title hopes completely.

The situation that Mercedes faces with reliability is one of the most difficult it has endured since the turbo hybrid era began in 2014, and comes following the departure of former Mercedes High Performance Powertrains boss Cowell last year.

The key architect in Mercedes world championship successes was replaced by Hywel Thomas, who has worked as part of the Mercedes engine team since 2004.

There have been suggestions that the Mercedes struggles have been made worse because of Cowell’s absence, but team boss Toto Wolff insists that is not the case.

Speaking about the situation in Austin, Wolff said: “The strength of the organisation is its depth.

“Andy is clearly an exceptional personality that contributed in his day, but so is Hywel, and everybody besides him. I have 100 percent confidence in the structure that we have today. 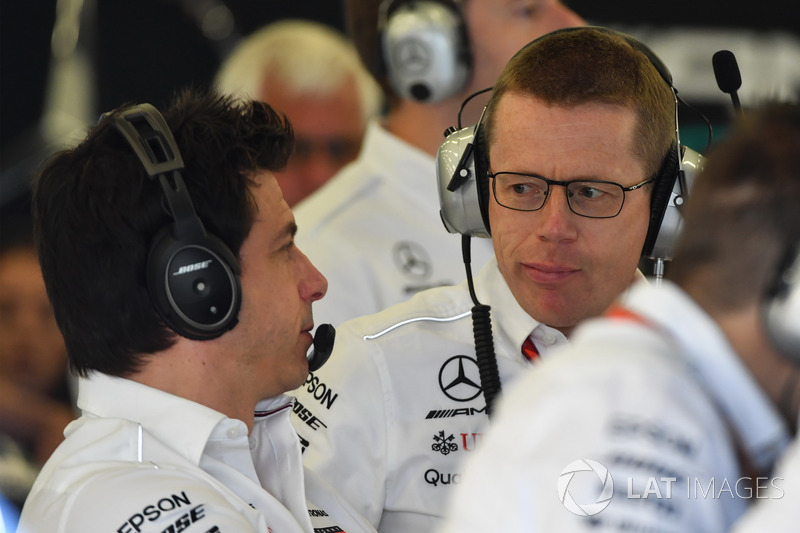 “Engine developments are not something that happens overnight. It has a long lead time when things go right or things go wrong.

“Andy was a massive part of our past success but so was Hywel and everybody else. So I don't think you can pinpoint it to one of the leaders having decided to leave the organisation.

“They're still really profound strengths within the organisation.”

Despite the confidence over Mercedes’ current engine division, Wolff conceded earlier in the Austin weekend that it was going through a difficult time – especially because it was supplying three customer teams in McLaren, Aston Martin and Williams as well as its own works effort.

“I think you can see that we are suffering with reliability this year,” he said.

“We’re going onto the sixth engine – I believe it is for Valtteri – and it’s not something that we choose to do.

“On the contrary, we’re trying to really get on top of the problems, and we haven’t understood fully.

“I think we are a step closer now, so it’s not that we are always, literally, easy with having the engines. We’re hanging on for dear life supplying all customers, and that is not trivial.”