Mercedes says it has its "work cut out" for the new Formula 1 season after its testing data showed it is not as quick as Red Bull over race runs.

Mercedes suffered setbacks on the first two days of testing at the Bahrain International Circuit, with drivers Lewis Hamilton and Valtteri Bottas losing track time to issues and reporting rear-end instability with the car.

Although Mercedes closed out the running in Bahrain with a trouble-free final day, the team still ended testing at the bottom of the mileage table.

Lewis Hamilton ended testing with the fifth-fastest time, but was over a second off Max Verstappen's best effort for Red Bull.

Although Red Bull has moved to downplay its favourite tag, Mercedes trackside engineering director Andrew Shovlin said at the end of testing that the team's data proved it was behind on pace.

"We've made a bit of progress with the balance on higher fuel and the car was more predictable but we can see from the data we've collected over the last few days that on race pace, we're not as quick as Red Bull," Shovlin said.

"The lower fuel work was a more confusing picture, we didn't gain enough and we need to go and look at our approach as far too many cars were ahead of us on pace today.

"We've had issues in recent years with pace in winter testing and managed to make good progress before the first race but we may have our work cut out this time. 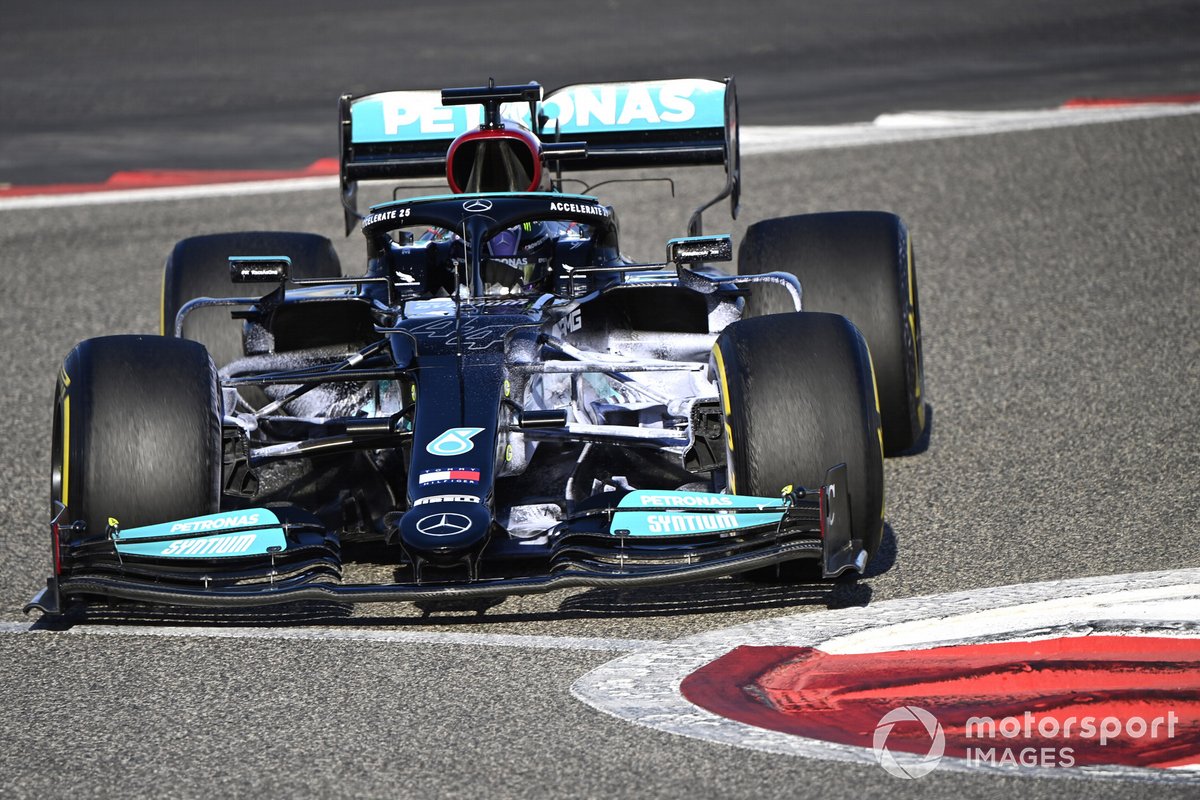 "We've not got long before we're back here for the race so we've planned a programme of work to try and understand some of our issues and will be leaving no stone unturned in our efforts to find some more speed over the next 10 days."

Mercedes spent the final day of testing focusing on long-run set-up work with Bottas in the morning before Hamilton conducted a mix of long-runs and qualifying simulations in the evening.

"Today we made some improvements but it's still not where we want to be," Hamilton said.

"I can't pick out any one area, it just feels globally through the lap that we need to improve. I'm looking forward to getting back into competition and back in that focus mode."