Mercedes believes it has solved its main porpoising problems in Formula 1, and instead its issues are now caused by how stiff and low it needs to run its car.

The Brackley-based team has had a difficult start to the 2022 campaign, with its W13 suffering from both a bouncing and bottoming out problem.

The phenomenon has been so bad on its cars that complaints from George Russell and Lewis Hamilton about the physical pain they are enduring has triggered FIA intervention to help the situation.

But after an encouraging Canadian Grand Prix weekend, where the team was at perhaps its most competitive in terms of pace so far this season as it finished third and fourth, team boss Toto Wolff has revealed how the squad's focus has changed.

He believes the Montreal weekend has shown that the porpoising issue – where the car moves up and down as load increases on the straight – has been eradicated after work the team has done.

But as a result of the super stiff and low rideheight set-up that Mercedes has needed to get its car working properly, the issue for it now is how much the car strikes the ground when the circuit is bumpy.

"I think in a way we have dissected what we define as porpoising or bouncing, and it is that the porpoising, which is the aerodynamic movement of the car, I think that's solved and we got on top of this around Barcelona," he explained.

"It is more that the ride of the cars is really what causes the comments of the drivers. The cars are simply all too stiff. The kerb ride is bad, the bump ride is bad and I would say that now, with dissecting this problem, you can tackle it better." 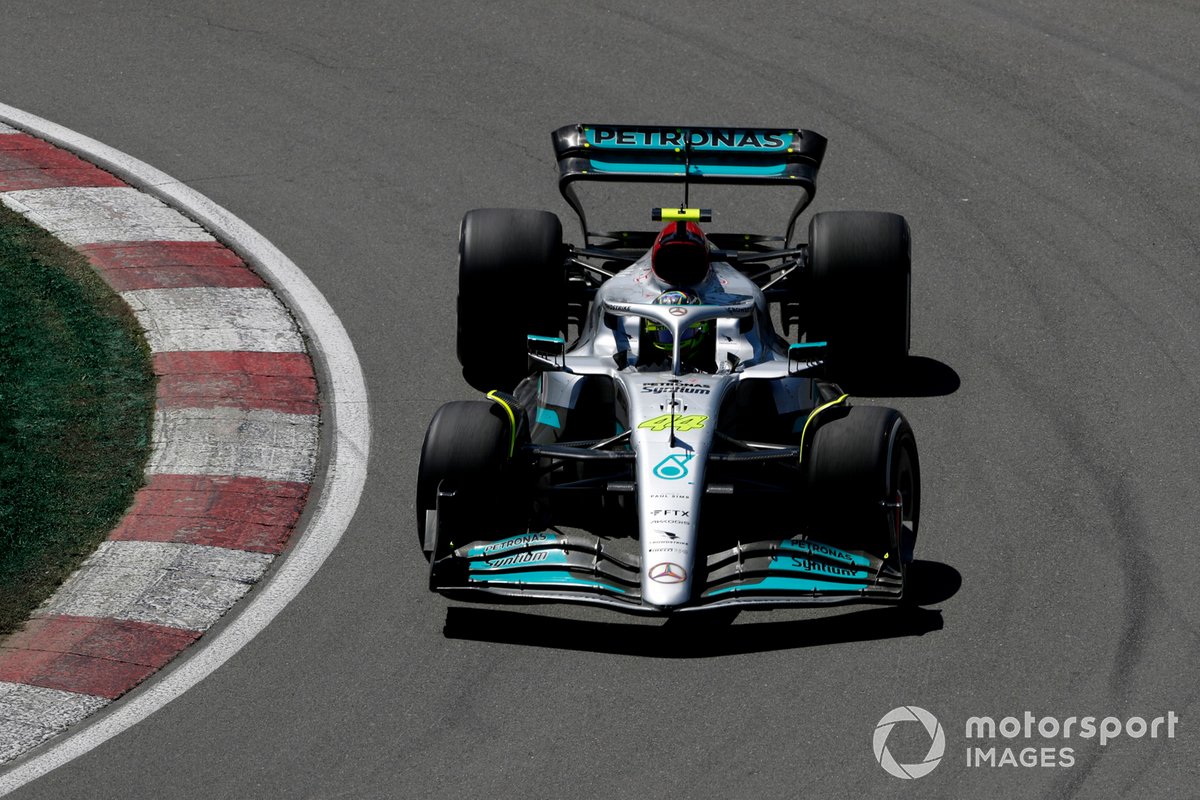 Wolff thinks the progress that Mercedes has made on porpoising has put its car in a similar set-up window to rivals, who also appear to be suffering from how stiff things need to be run.

"What we see in the cars is just the stiffness," he said. "You look at some of the slow motions from the two leading cars and the Alpines, you see that they are bouncing off the kerb in a very hard way.

"This is what the drivers actually complained about, the stiffness of the car. This is something we need to look at: how we can reduce the impact. And of course, the smoother the track, the better. The lower the kerbs, the less we see this phenomenon."

With Canada highlighting that Mercedes still needed to bring more performance to the car, Wolff says key for making progress was in trying to unlock more pace from the car at a wider range of rideheights.

"I think we just need to put more load in the car, more downforce and equally do that with a car that is not as low on the ground as we expected," he said.

"It's a clear direction: you can see the cars going higher. And this is where we need to find the performance."