Mercedes is braced for a “very difficult” Formula 1 qualifying in Baku after its Monaco struggles continued through practice, reminding team boss Toto Wolff of Singapore 2015.

Mercedes slumped to its worst result of the season in Monaco two weeks ago as Lewis Hamilton could only finish seventh, while team-mate Valtteri Bottas retired due to a wheel nut issue in his pitstop.

The team had failed to compete with Red Bull and Ferrari for much of the weekend, with Hamilton in particular struggling to get his tyres in the right window around the tight Monaco layout.

Hopes of a turnaround in the Azerbaijan Grand Prix took a hit on Friday as Hamilton finished 11th in FP2, five places ahead of Bottas in 16th.

Bottas said after Friday’s running that there was something “fundamentally wrong” with the Mercedes W12 car in Baku, while Hamilton felt the team was “definitely quite a chunk down” on its rivals.

Team principal Wolff was frank about Mercedes’ chances in Baku, believing its slow-speed struggles in Monaco had carried over to another street circuit.

“We have a strong race car, but we’re struggling to really nail it for a single lap,” Wolff said.

“Today was a day of data collection and analysis, but definitely what we have seen in Monaco is a bit of a prolongation into Baku, that there are certain parts of the track where we simply don’t perform.

“[For] most of the layout, there is no fast corners. It’s all stop and go, it’s all 90-degree corners, or more tricky Monaco-style. So it was always clear that it would be difficult for us.”

It led Wolff to offer a bleak outlook for Mercedes’ chances in qualifying on Saturday, comparing it to the 2015 Singapore Grand Prix, when amid a dominant season, the team found itself third-fastest and 1.5 seconds off the pole time. 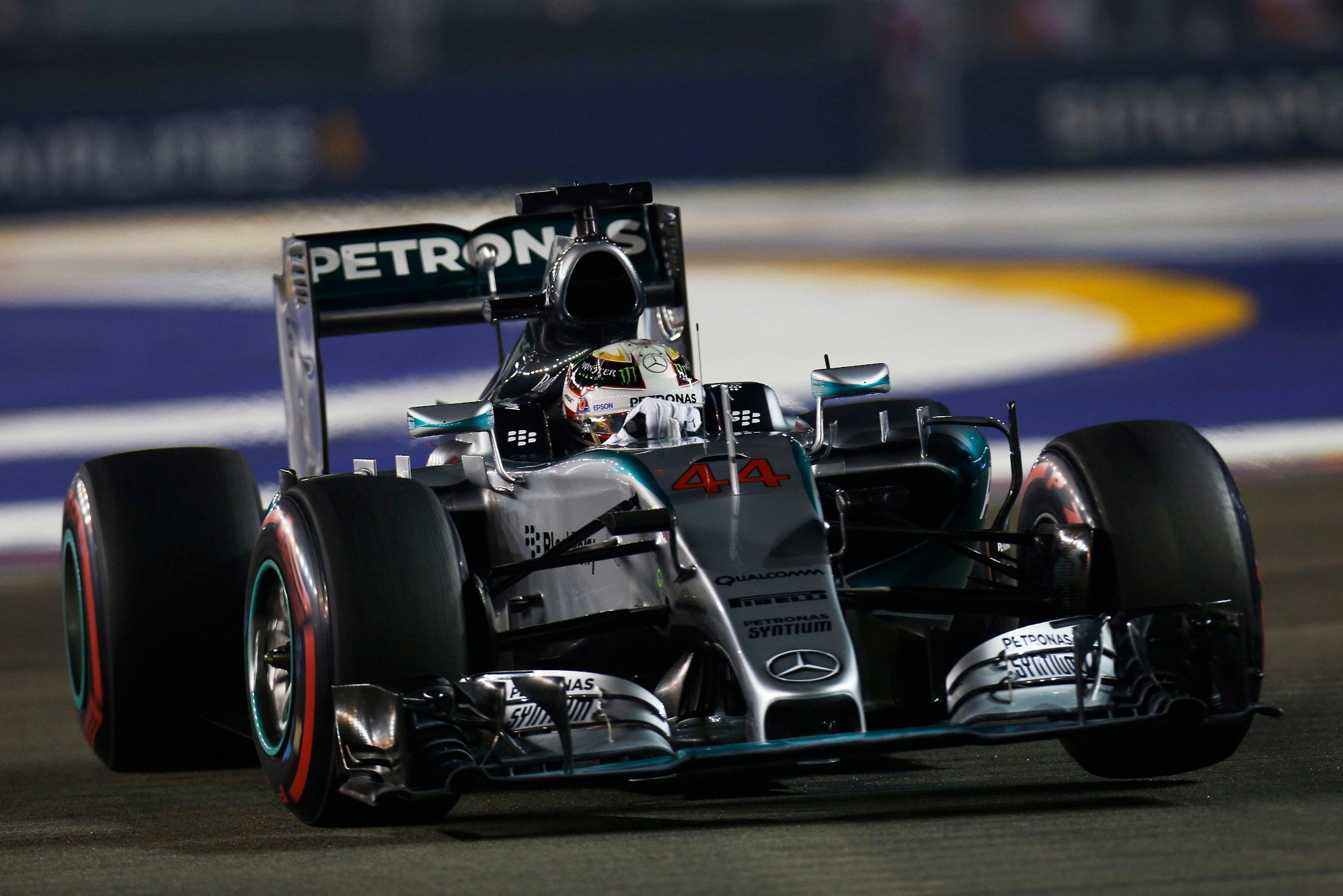 “Racing is done on Sunday, and I think qualifying can be a very, very difficult session for us, probably one of the most difficult I have ever seen for us,” Wolff said.

“It reminds me of Singapore ’15. But we take it on the chin, and I believe like I said to you, we have a good race car, so there is ground to recover on Sunday, and then learn.

“It is what it is. We try to go as fast as possible with the kit that is available.”

Hamilton’s best lap in FP2 left him over a second behind Red Bull’s Sergio Perez at the head of the field, suggesting the gap had even grown between the two teams since Monaco.

But Wolff said the struggles came as little surprise to Mercedes, feeling the layout played to the strength of its rivals, who were also benefitting from running a flexi-wing.

“We knew that Monaco and Baku are not tracks that suit us,” Wolff said.

“They were very good in those twisty parts in Monaco, so they are very good here too, and Ferrari also.

“And then on the straights, if you have a wing that gives you this additional speed, you have the optimum combination against us.

“You just need to take it on the chin for here, and try to give it the best performance and collect the most points.”