Mercedes drivers Valtteri Bottas and Lewis Hamilton were given repeated warnings to avoid the kerbs during last Sunday's race at the Red Bull Ring, with the team fearing a gearbox problem would prove terminal for both cars.

While Mercedes worked to try and put some countermeasures in place to aid the issue ahead of the second race weekend at the circuit, the tight turnaround meant concerns lingered for the team.

But Hamilton was able to lead home Bottas for a 1-2 finish without any repeat of the problems, something Wolff credited to the fixes put in place by the team's engineers.

"We didn't have any concerns today," Wolff said.

"I was asking Simon [Cole] whether our systems were happy on a regular basis, because last weekend obviously was a bit of a scare.

"So that was a solid step forward." 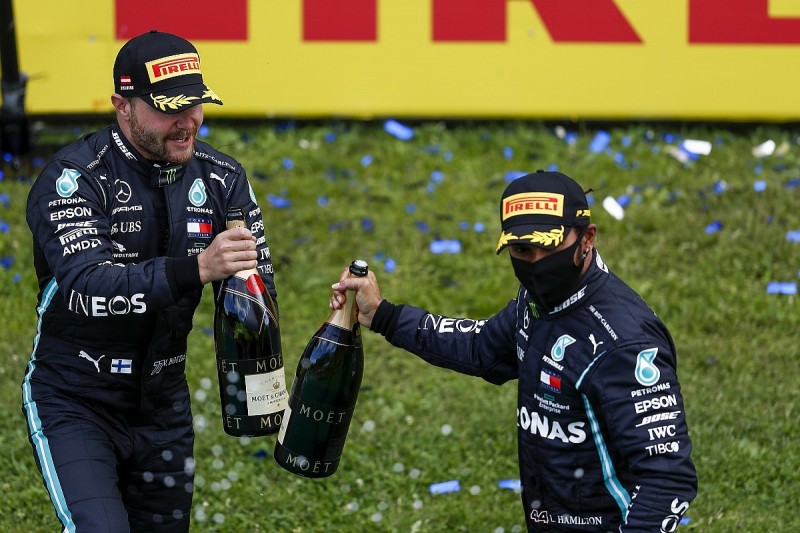 Race winner Hamilton added: "It wasn't a problem today, the guys did a great job during the week understanding what the issue was.

"It was nothing particularly major, but of course it could have had quite large consequences so they did a great job to rectify it.

"We haven't really heard them mention it since we started the weekend, so we were able to drive as normal today."

Although the issues did not return, Wolff said the team could never be 100% certain there would be no repeat in the future as it was yet to get to the bottom of the exact cause.

"When you have such a problem, you're never 100% sure that you've solved it, because we were not 100% clear what caused it," Wolff said.

"We believe that sausage kerbs were part of it, but obviously we need to improve the design in these areas because they seem to be a little bit vulnerable.

"I have no doubt that we will get on top of this and understand it very soon."