Mercedes Formula 1 team director of trackside engineering Andrew Shovlin says the final upgrade package for the W13 will be focused on learning for next season.

The United States Grand Prix will see both aero updates and some weight-saving items delivered, after the car had been some 10kg over the limit at the start of the year.

While the intention is that the aero package will help Lewis Hamilton and George Russell in Austin, the team is also eyeing developments for next year’s W14 F1 car.

“It's our final step of aero development and that will hopefully give us a bit more performance,” Shovlin said in a Mercedes video.

“But importantly with every step, we are learning more and more and that learning we can carry into next year.

“Also, we have taken some weight out of components that will hopefully get the car closer to the weight limit.”

The team is making no predictions about the potential benefits of the package: “It's very difficult for us to predict where we are going to be. In Singapore Lewis was awfully close to pole position, yet in Suzuka both cars had a big gap to the front,” said Shovlin.

“Now, our race pace has been reasonably strong. If we can make a step, hopefully we can get into the fight with the Ferraris and the Red Bulls, but qualifying for us is the really difficult one to predict at the moment.

“But as I said a lot of it is about learning and we are certainly going to give it our best shot in the final four races.” 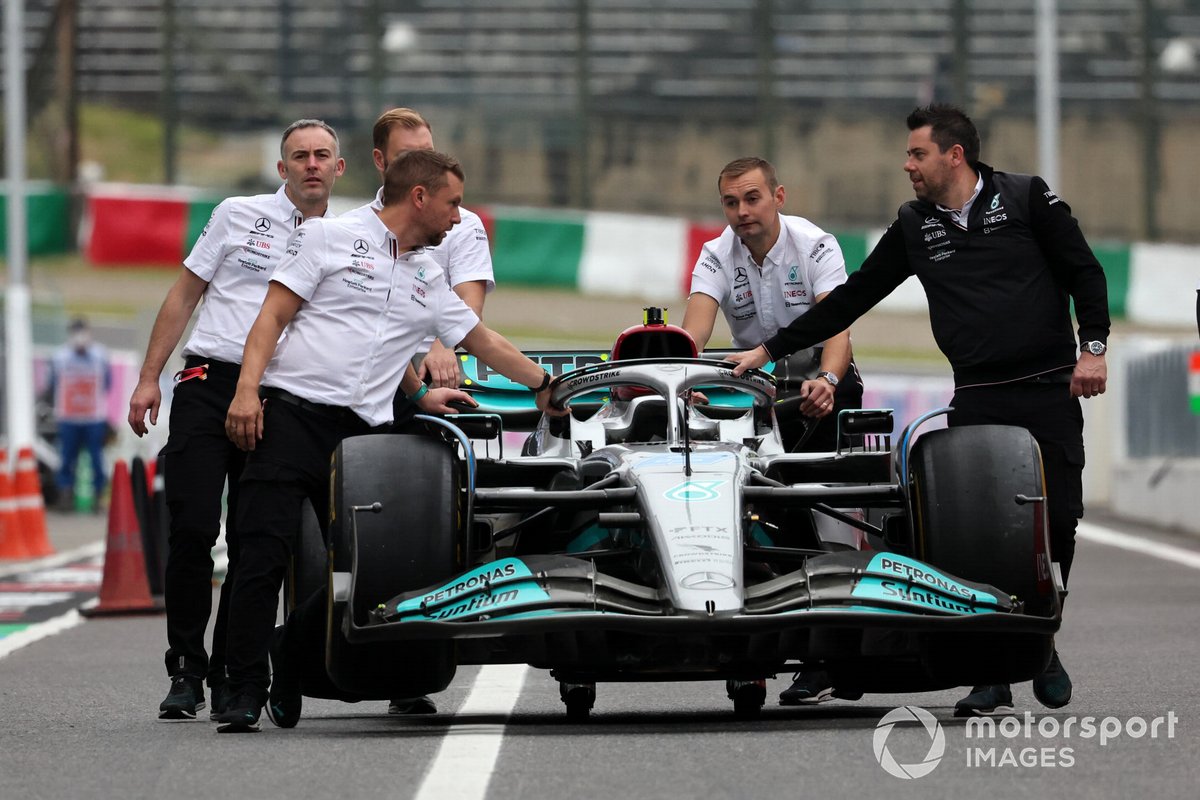 Shovlin acknowledged that the Circuit of the Americas is not an easy track to get right, but he’s hoping that some work conducted by the venue on its infamous bumps will help.

“They have done some resurfacing so hopefully those issues with the bumps are a bit less. But what's very hard this year is to really know where you are going to be on the circuit before you've gone there.

“We will not really be going to make any predictions about where we are going to perform, we just need to go there on Friday, see what kind of issues we have, and then see whether we can solve those with set-up.”

Shovlin also admitted that Mercedes now has doubts about the decision to stick with a high downforce rear wing through the Suzuka weekend, which exacerbated the straightline speed issues that the drivers have faced this season.

“We decided to stay at our highest downforce level. Part of that decision was that it was actually giving us the best lap times in the race condition where we were going to get high degradation in the dry, but we had also seen this rain that was coming in on Sunday, and we felt that in a wet race that might be a benefit.

“As it happens, the DRS was never enabled, and that meant that overtaking was very, very hard and perhaps the right decision would have been a lower downforce setting. 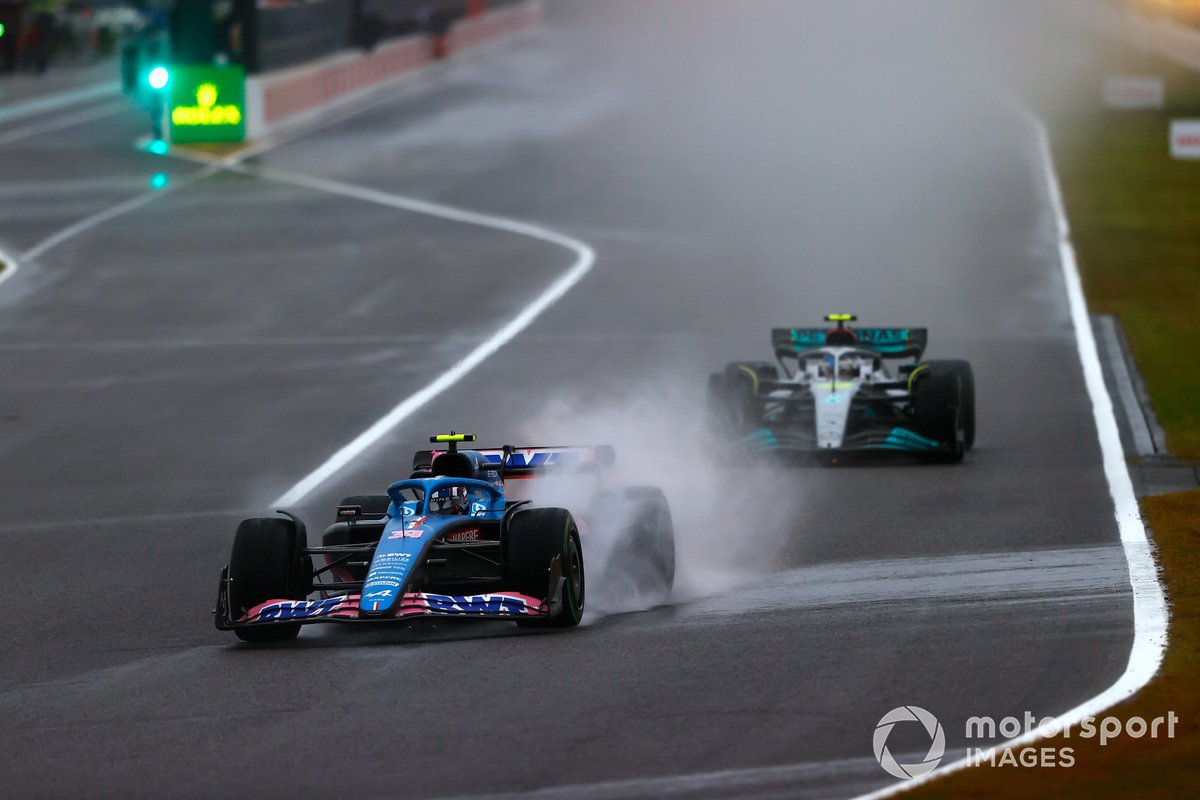 “Fundamentally, one of the things that we need to improve on the car for next year is to get the car to have more downforce at the lower drag levels, and then we can race those lighter wings and still be competitive in the corners.”

Shovlin also conceded that the team made a mistake by double stacking Hamilton and Russell for the switch from wet to intermediate tyres at Suzuka. Russell lost places as a result and immediately complained about the decision.

“We've gone through all the timing of that, and we have concluded that no, it wasn’t the right decision.

"We should have done what George was asking, which was to give him the lap in clean air. We had seen that the intermediates were a lot quicker, so on the wets you would have lost time on track.

“But the problem was George and Lewis were a bit too close for us to be able to do the pitstop without losing some time and that time ultimately cost George the position to Tsunoda and possibly even the position to Lando.

“So it gave him a bit more of a challenge to deal with having to pass those cars to try and find any clean air.”