Lewis Hamilton thinks Mercedes is a "long way off" at Formula 1's Belgian Grand Prix after a difficult first day of running.

With the team hoping to build on the momentum gained in recent races, which included George Russell's pole position at the Hungarian Grand Prix, it had felt that this weekend's event at Spa-Francorchamps would offer it some good opportunities.

However, both Hamilton and Russell struggled for pace in Friday's cold and damp practice sessions.

Reflecting on their running, Hamilton said that Mercedes was "just not very quick" and was struggling for an answer as to why.

"It doesn't feel disastrous out there. It's just we're a long way off. But we often find this on the Friday and things change a little bit more on Saturday. So I hope that that's the case."

Hamilton and Russell need no reminding about how quickly things can be turned around from difficult Fridays, with the pair having secured their great result in Budapest after a troubled opening day.

It was that performance that has left both drivers still feeling as though something can be salvaged from the rest of the Belgian weekend. 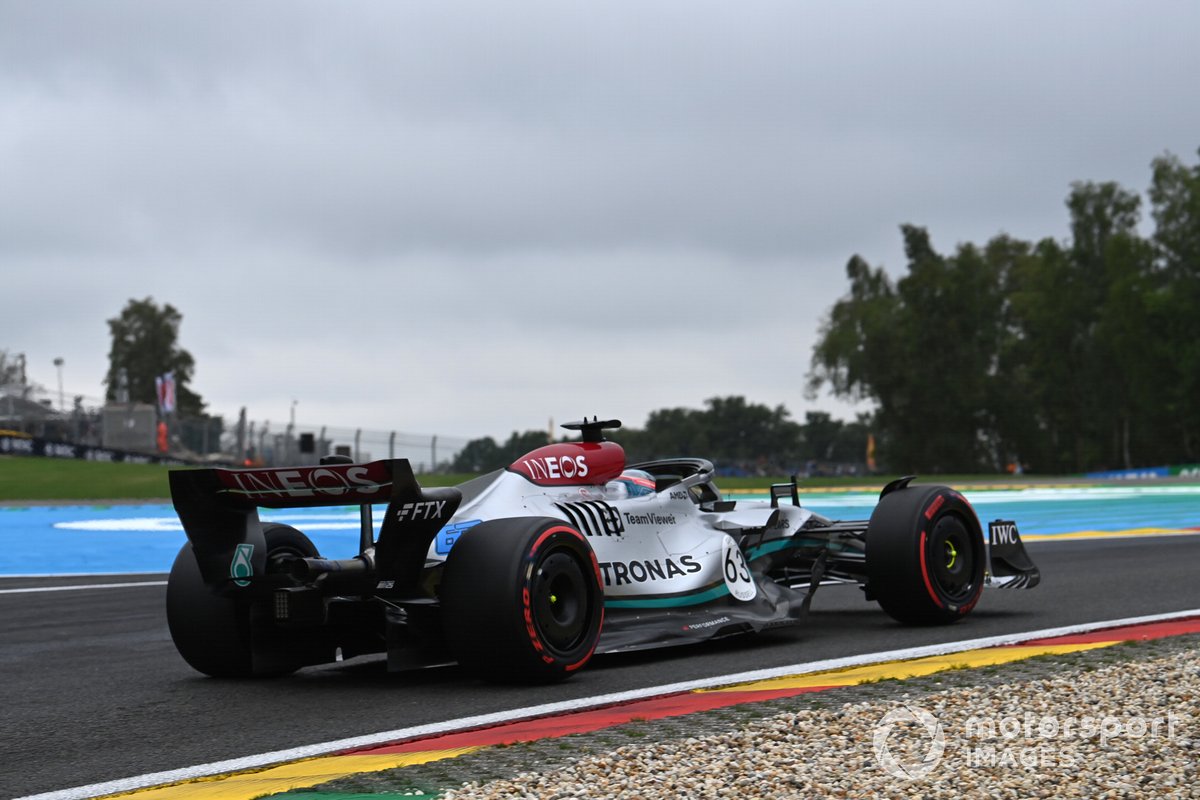 Russell said: "We're pretty used to having bad Fridays. So let's see if we can turn it around, but I don't think there will be any guarantees we can find the performance step that we found in the last race, let's say."

Hamilton added: "We're just going to work hard tonight to analyse the data, and try to figure out where we can get with this car.

"It doesn't feel the same as it did at the last track like in qualifying kind of time, but Friday and Saturday morning, it feels kind of similar to this now. So that gives me hope that we can turn it around."

Russell in particular felt that if Mercedes could better get its tyres in to the right operating window then a big chunk of performance could be found.

"I think it's something we're struggling with quite a lot this season, to get the temperature into the tyres," he explained. "I struggled quite a lot today with that on every compound we used. So in these conditions it is definitely something we need to work on.

"But it's something I know that you can find a huge amount of performance when you get in the right window. So there's a little bit of optimism there. But for sure, the gap to Max and the Ferraris is pretty extravagant."