Formula 1 stakeholders will meet in Bahrain on Sunday to discuss a final proposal regarding qualifying, with FIA president Jean Todt confident a solution will be found

"Whatever we decide I am optimistic we will get unanimous agreement tomorrow," said Todt, speaking at a media briefing ahead of the Bahrain Grand Prix.

The ideal solution to the recently imposed and much-maligned elimination format will be slight tweaks to Q1 and Q2, namely additional time, and providing an extra set of tyres for the drivers in Q3.

It is hoped such a proposal will provide an answer to the lack of activity in Q3 in particular, when the new format made its debut in Australia a fortnight ago.

Todt and FIA race director Charlie Whiting have confirmed the idea was mooted after what unfolded in that session.

Pirelli, however, declared it did not have enough time to prepare for Bahrain, but it would be able to have the tyres available for the next grand prix in China.

"Australia happened, and clearly it was a disappointment about Q3," assessed Todt.

"Why was it a disappointment? Because for the first time in a long time, with three minutes to go, we had drivers climbing out of the car.

"So the immediate reaction was to speak to Charlie over the phone, and he suggested one of the problems with Q3 was that the drivers were missing a set of tyres.

"So I asked Charlie to speak to Pirelli and see if it would be possible to introduce for Q3 one more set of super-soft tyres, which he did."

Whiting then took over: "They [Pirelli] said they couldn't do it for here.

"They said it would be impossible to get another set of Q3 tyres."

Todt then added: "They have said to you it would be possible for China, but with additional cost."

This proposal was not unanimously agreed as teams wanted to go back to the old format, resulting in a decision "to maintain the status quo", according to Todt, for this weekend's event.

But a new meeting is now scheduled for Sunday.

"We will have learned more from qualifying [in Bahrain]," Todt added.

"But in my opinion, Q1 and Q2 will be optimised. Q3, which is the biggest problem, one opportunity is to have another set of tyres. That will increase the show.

"Another possibility is that with the top eight, the eight quickest from Q2 leaves first at the green flag, and while he is doing his lap, the seventh quickest goes and does his lap.

"So you have one car alone on the track with an unpredictable final result. There are a lot of solutions that can be highlighted.

"But I felt it was necessary to give one more chance to this form of qualifying before reverting back to 2015." 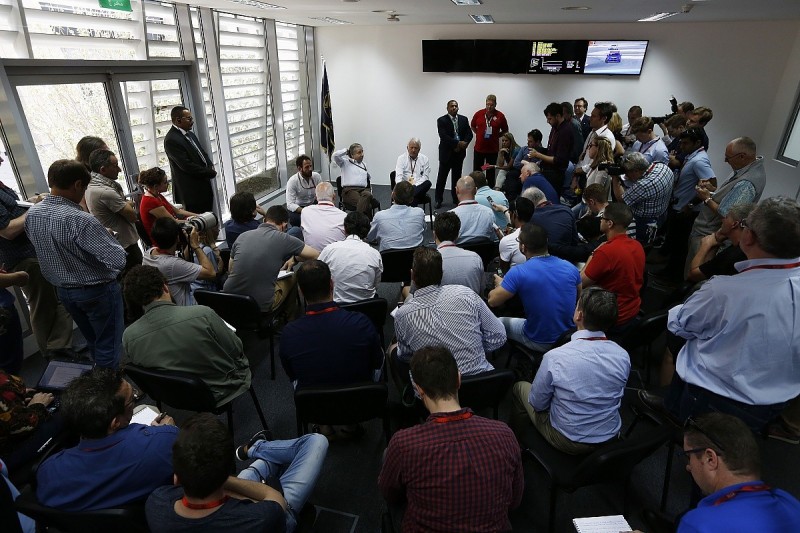